Sarah Chapman walked across the stage this week, a newly minted graduate of Vancouver's Crofton House School. In coming weeks, the 17-year-old will depart for Massachusetts, where she will begin classes at Harvard this fall. From the audience, her parents beamed.

It was an emotional moment for Janet and Edward Chapman, who watched their daughter blossom from a shy kid, who sometimes struggled with learning, into one of the brightest in her graduating class. They attribute it to their daughter's years of hard work – and the wealth of support she received from the private school.

"Crofton House supported her so much along the way," Janet Chapman later said in an interview. "The independent school system has the resources, and opportunities, available to help these girls find out what their strengths and passions are."

The Chapmans' kids – son Edward is now in Grade 9 at St. George's School – are two of among 76,000 students attending British Columbia's 348 private schools, accounting for about 12 per cent of the province's total kindergarten to Grade 12 population. That figure has climbed steadily for decades, up from just 4.3 per cent in the late 1970s.

Over the same period, enrolment in B.C. public schools has steadily declined.

The issue of public versus private schools has become an emotionally charged one for many, in no small part due to the ongoing labour dispute affecting B.C. public schools. Groups including the B.C. Teachers' Federation (BCTF) and the B.C. School Trustees Association (BCSTA) have taken issue with government subsidies to private schools. They argue that with cash-strapped public-school classrooms, and bitter clashes over the cost of restoring class size and composition provisions stripped from contracts, public dollars should be diverted back their way.

B.C. has provided partial funding to private schools for nearly 40 years, since Social Credit premier Bill Bennett introduced the practice in 1977. Prior to that, private schools were unregulated and received no grants; today, they receive funding of up to 50 per cent of their local school district's per-student operating grants.

They are divided into four funding levels: Group 1 schools employ B.C.-certified teachers, have educational programs consistent with ministerial orders and provide programs that meet the learning outcomes of the B.C. curriculum. They receive 50 per cent of the local school district's per-student operating grant.

Group 2 schools meet the same requirements as Group 1 schools but are typically university preparatory schools with higher per-student operating costs. They receive a smaller subsidy of 35 per cent.

Groups 3 schools, which are not required to meet the Group 1 requirements, and Group 4 schools, which cater mainly to non-provincial students, receive no funding.

"Over the period that funding was steadily increasing for independent schools," BCTF research analyst Margaret White wrote in an April report, "public schools were dealing with structural funding shortfalls which led to significant cuts to educational services."

Patti Bacchus, chair of the Vancouver School Board, said she hears from parents who resent their tax dollars going to schools they can't afford to send their own kids to. She also questioned the idea of public funding going to schools that are not open to all.

"If you're taking public money, should you have the right to screen who you accept into your school based on their academic performance or their ability to pay?" she asked. "Should those schools be getting our public dollars when they wouldn't take maybe my kid or your kid?"

Further, to divert that money back into the public school system could ultimately end up costing more when ripple effects are factored in, said Peter Froese, executive director of the Federation of Independent Schools Association in B.C. (FISABC).

"Yes, $300-million would probably help things in the public sector, but I can tell you that many of our schools would not survive if the funding were cut," Dr. Froese said. "The effect of that is that these students would end up back in the public sector and that, in turn, would increase the cost beyond the $300-million it currently costs the province to cover a portion of the expenses of an independent school."

Part of the shift toward private schools can be attributed to parents' frustrations with the long-running labour dispute. Dr. Froese is one of several education officials to report seeing a spike in private school enrolment inquiries during significant job actions.

"Every time there has been a major disruption, our growth has jumped," he said. "If you look at our data for 2012-13, our enrolment just shot up. From [2010-11 to 2011-12] we barely showed an increase and then suddenly we jumped to 4 [per cent annual growth]. That year, you will recall, there was job action pretty well all year long."

Funding cuts to public schools have also led to reduced services – such as those for students with special needs – pushing some parents to look elsewhere.

"I often hear people say, 'My child has special needs and they can't meet them in public schools,' " Ms. Bacchus said. "That concerns me. [Public schools] should be meeting the needs of all kids. If we accept this two-tiered system, where those who have the money can go off and pay more and have that subsidized, what happens to our concept of universal public education for everyone?"

For the Chapmans, the decision to enroll their children in a private school was a difficult one. The move came with a hefty price tag that required a sizeable financial commitment – and sacrifice – from the self-employed business owners. But with work, they could afford the extra support they felt would help their daughter over her hurdles.

"We believe that if a child learns how to learn, they can learn anything, and we believe this is most important when they're younger," Ms. Chapman said. "So we always sort of convinced ourselves that if, financially, we needed to, we could switch them out at a later stage and they would be well equipped."

Sarah started at Crofton House in Grade 1 and thrived over the years. She overcame a shyness that plagued her in early grade school to appear in several theatre productions, taking leading roles in some. She excelled in math and science. 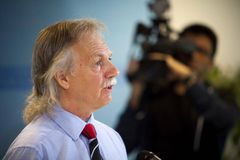 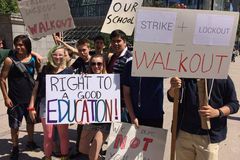 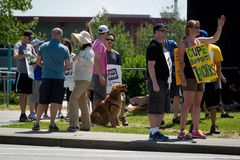