Everything around Sheree McKay is white and tranquil as she works on wrapping slim bars of Madagascar-bean chocolate in gold foil at East Van Roasters, the city's only bean-to-bar chocolate-making facility, in the Downtown Eastside.

This tiled, light-filled tempering room, with its stainless-steel tables and shiny chocolate-making equipment, is all a long way from where Ms. McKay was at one point in her life: homeless and, with her bipolar condition untreated, delusional. It's even a long way from the alleys near the shop, where people still locked into the drug cycle buy, sell and use from the menu of what's going around.

"I walk away from here each day feeling good," says Ms. McKay, now 43. She's also starting to feel confident about her ability to work, after more than a decade when she didn't and a decade before that when she did "all the bimbo stuff – waitressing, drinks, retail."

Ms. McKay is one of six women working at East Van Roasters, which has become a bulk-chocolate supplier to several catering businesses and restaurants in town, as well as a café and gift shop filled with chocolate "tasting boxes," caramels, cacao beans, and chocolate disks piled with dried fruit and nuts.

Another is Zenabou Bah, working in the roasting room today, calmly shucking the shells off cacao beans.

"I love working here," says the Guinea-born Ms. Bah in French, in the middle of her four-hour shift.

Both women live in social housing, Ms. Bah at a Salvation Army residence nearby, Ms. McKay, like most of the others, above the shop at the Rainier Hotel. The hotel is home to a program run by the PHS Community Services Society that's aimed at helping addicted and mentally ill women, some of them former sex-trade workers, try to make better lives for themselves.

They get housing and treatment, of course. But some now work making exotic and gourmet chocolate products as part of unique efforts by PHS, which operates housing for hundreds of the area's most troubled residents, to find them meaningful employment.

"We wanted something dignified, something where people want to work," says EVR manager Shelley Bolton.

The Downtown Eastside has no shortage of groups that have started social enterprises – non-profits that run businesses with the main goal of creating employment for local residents who want to work but aren't capable of 40-hour weeks and might not be tolerated in regular businesses.

One of the best-known social enterprises in the area is United We Can, a non-profit recycling depot that has provided income for an army of binners who sweep the city's garbage bins for bottles and cans. Other groups have started street-cleaning, janitorial and laundry businesses.

PHS has a number of other social enterprises already: a café, a small grocery store, a catering operation, two secondhand clothing stores, a crafts gallery and a beekeeping and honey-making operation.

Vancouver city planners are so impressed by the increasing level of social-enterprise creativity in the Downtown Eastside that they've made it a specific goal in a new plan for the area to support more of the same, through rent subsidies or other incentives.

"It's been all about trying to rebuild the infrastructure back into the Downtown Eastside with services that are relevant for local people," says PHS director Mark Townsend. The society also looks for the kinds of businesses that are labour-intensive and therefore unlikely to be economical for a private operation.

Three years ago, Mr. Townsend asked Ms. Bolton to figure out whether making chocolate was a workable idea. It was not the easiest job. First, she had to source beans in a world where big chocolate-making corporations have a lock on much of the supply. Then, the group needed to renovate the dilapidated storefront under the Rainier and buy equipment: $70,000 for the one-of-a-kind roaster; $8,000 for a grinder; $17,000 for a chocolate-tempering machine. In total: $130,000, which was financed by Vancity credit union.

Then Ms. Bolton had to study chocolate-making, where she discovered processed chocolate needs to be aged, among many other things. Finally, she needed a chocolatier to oversee operations.

Today, Merri Schwartz, a former pastry chef at C, Quattro and other high-end restaurants in Vancouver, is the group's chocolatier. Ms. Schwarz had moved into non-profit work, running elementary-school programs to teach kids about food earlier in her career. "So this was a natural fit for me," she says, as she unloads batches of bars of Peruvian chocolate from the tempering room's fridge.

East Van Roasters, which opened its doors April 19, is exceeding the most optimistic expectations. It is selling all of the 60 kilos of chocolate it produces per week, between orders for its $40-a-kilo bulk bars and the gift chocolates it sells in the shop. It also sells the honey produced by the PHS bee-keeping group and coffee that is roasted on the premises.

Ms. Bolton is hoping to double production and hire four more women in advance of the Christmas season. But the group needs $8,000 for another grinder to be able to do that.

A regular business would just get another loan. But, with the constraints that come with being a social enterprise, this one can't do that. Instead, the group is on a fundraising campaign to pay for that grinder. 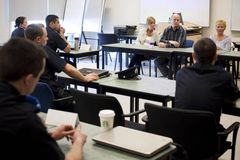 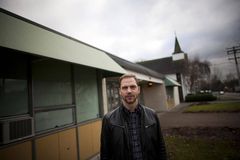 Bootleggers and brothels: the Vancouver you won’t find in guidebooks
September 13, 2013 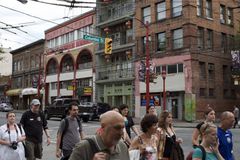 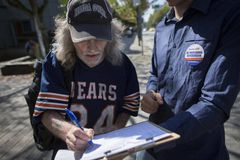 The Breaking Bad meth-lab playset that Lego is very unhappy with
September 9, 2013 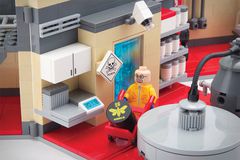