Do Make Say Think is the name of a Canadian rock band, but we also thought the title was a good one for a weekly summer series introducing readers to British Columbians out of the public eye who are doing things, making things, saying things and thinking things. This week, for Say, we talk to the creators of the Syrup Trap, a satirical news website that is about to make its first foray into print.

Vancouver's recent heat wave, the sale of groundwater in British Columbia to Nestle and the alleged muzzling of Canadian government scientists may not elicit a lot of laughs from many Canadians, but the writers behind the Syrup Trap are making it their business to find some humour in it all.

Nearly a dozen of them, squished onto a mishmash of post-grad furnishings in an East Van apartment, are pitching stories for the website. "B.C. trades drinking water to Nestle for a box of Aero bars" is on Nick Zarzycki's list. Sitting underneath an analog clock stuck permanently at 12:00, contributor Jimmy Thomson reads out, "Government of Canada allocates $30-million to ignoring science." (To which someone yells "Too real!" It was posted four days later nonetheless.)

Billing itself as "Canada's favourite humour magazine," the Syrup Trap publishes fake news ("Toronto prepares for arrival of Pan Am Games fan"), satirical pieces ("D'Artagnan attempts to join other famous trios") and comedic features ("We asked 16 celebrities whether they're still alive") at syruptrap.ca.

This month the Syrup Trap marks a major milestone, publishing a supplement in the summer edition of Geist; in a departure from the website, the print edition contains no fake news.

Although this is its first foray into print, the Syrup Trap's creators have always described it as a magazine.

"This isn't a news satire site. This isn't a blog. The best word that we have in the English language for what we're doing is humour magazine," says Mr. Zarzycki, editor-in-chief. "An inelegant version of that is prank factory. We often use that as well."

The Syrup Trap – named after a Mitch Hedberg joke ("a waffle is like a pancake with a syrup trap") – began as an online campus humour magazine at the University of British Columbia in the spring of 2013. "There's a rich history of college humour magazines in the United States and there isn't in Canada, but I thought it would be cool if UBC had its own humour magazine," says Mr. Zarzycki, now 25.

The project developed after Mr. Zarzycki, who was studying history, economics and commerce, began posting comedic blog entries. His third post ("UBC moves to Toronto in effort to become world class") received about 1,000 hits. "That was enormous for a blog that had 25 likes on Facebook," he says during an interview in the ground-floor apartment he shares with two other Syrup Trap contributors, and where story meetings are held.

He kept going with it. After graduation in May, 2013, he and a small group tried to launch a serious publication, a general interest magazine for young people called Worst. But the media startup experience, while maybe not the worst, was not satisfying, and Mr. Zarzycki returned to the Syrup Trap, which had been dormant for much of the summer of 2014, resurrecting it last fall.

"I decided this is the thing that I'm doing with my life, for the next couple of years, at least."

The group feels there is a Canadian-sized hole in the humour market, and they're looking to fill it.

"I think humour builds culture more effectively than any other art form," says art director Paul Bucci, who is also one of Mr. Zarzycki's roommates. "Because it's incredibly accessible. People don't like art galleries. People go to see American movies and don't get much out of it. People don't go to the orchestra. There's not a lot of culture-building things out there that is so easy to get into."

As Mr. Bucci gets up repeatedly to ferry contributors inside through the garage, the little apartment transforms into a writers' room. The group pitches Onion-style, with headlines, often with a Canadian flavour: "Lesser-known Canadian time zones" or "25 Canadian bookstores you'll want to die in" (which gets a big laugh).

On the website, they've had some success lately with stories, including "Corb Lund euthanized after breaking leg at Calgary Stampede show" – which received the second-highest number of hits in Syrup Trap history.

With more editorial attention led by Mr. Zarzycki (who works part-time as a copywriter for a startup), the venture is growing – from about 20,000 monthly visitors to the site last summer to now about 125,000 unique visitors on average, with the largest concentration of readers in Vancouver.

They're crowdfunding now to try to grow the venture further. They want to do more videos and hope to do more collaborating with Geist.

The Syrup Trap's philosophy is to draw attention by poking fun – but to stay away from the culture of mean that now seems so pervasive.

"We are a silly publication. We're not scathing," says Mr. Zarzycki. "We're very serious about being silly." 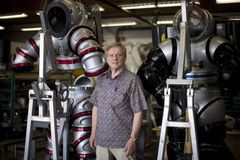 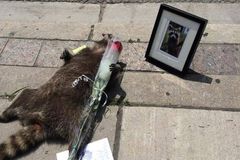 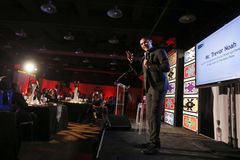