Opened up, the white box reveals the Simon Fraser University baseball cap that Terry Fox wore in the 1970s to hide the loss of his hair due to chemotherapy.

The note appears to have been written by a mother aware of her son's likely place in history, keen to document the everyday pieces of his mission to raise money for cancer research with a view to their future as artifacts.

Darrell Fox doesn't need his late mother's scribbled reminder as he tours the federal Library and Archives Canada vault in this Vancouver suburb, where the cap and tens of thousands of other items of Terry Fox memorabilia are being stored.

"I remember the one time I saw Terry without his hat – later on, he did have a wig. He was not happy," Mr. Fox says. He discusses with archivist Marnie Burnham the best way to support and display the hat, but the conversation appears premature: Library and Archives Canada has custody of these items until 2016, but there are no plans for what to do with them afterward.

No museum is planned, no preservation efforts are being contemplated.

Mr. Fox acknowledges a need to preserve the items.

"I'm learning there's still more that can be done," he says, referring in particular to a sock that Terry wore throughout his run and a jug of Atlantic seawater that he intended to pour into the Pacific when he completed the cross-country marathon. Due to a recurrence of cancer, Terry did not make it.

"That will require help – that is, resources – money," Mr. Fox says.

The family's key condition is that, beyond a planned 2015 exhibition, the material remain in British Columbia – Terry's home province. Beyond that, Darrell says, it's up to Canadians to figure out what to do with it.

The items have been gathered, starting in 2011, from the Fox home, the City of Port Coquitlam – Terry's hometown – and the B.C. Sports Hall of Fame. Some may eventually go back to either the city or the museum, but there are questions about who will take ultimate responsibility for them.

Library and Archives Canada has a five-year agreement with the Fox family to collect and store the items until 2016. The Canadian Museum of History (formerly the Canadian Museum of Civilization) in Gatineau, Que., is looking to use some in the aforementioned 2015 exhibition to mark the 35th anniversary of the Marathon of Hope, Terry's run across the country, which was stopped short after 143 days in Thunder Bay, Ont.

The artifacts include the intimately personal – Terry's prosthetic leg, clothing and even art he drew in school. There are awards he was given and tens of thousands of cards, drawings and letters he was sent while on the road and after the cancer that cost him his leg returned. Many were sent to his family after his 1981 death.

Including the cards and letters, there are as many as 180,000 pieces. They fill 72 cubic-foot boxes in the vault, a room where the temperature and humidity are kept stable to help preserve them.

But preservation is a looming issue.

Sheldon Posen, who is curating the 2015 exhibit, says rusting staples are marring the paper of the cards. "I got permission to remove them," he says. Also, letters and cards were not separated by acid-free paper. One by one, the cards are being scanned so they will gain digital immortality.

But who takes on ultimate responsibility for the collection is an open question.

It all brings Douglas Coupland to tears. The novelist and visual artist wrote the 2005 book Terry, which put a spotlight on many of the artifacts. He also designed and produced a memorial to Terry Fox outside BC Place. At its unveiling in 2011, Betty Fox spoke of the need for a facility to house the memorabilia, but the family's interest has apparently cooled.

During a telephone interview, Mr. Coupland wept as he recalled going through cards and letters. "I don't want it contaminated, diluted or wrecked. It has to be kept together. That's why it's important."

He says building a museum in Vancouver would be a challenge given the cost of land, but Terry Fox deserves the effort.

He adds: "If I was a smart politician looking for something meaningful as my own legacy – let alone Terry's legacy – I'd say that something like this would be a no-brainer, crowd-pleaser, wonderful, necessary thing." 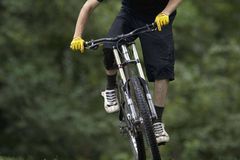