Jackie Inyallie didn't have to die, in fact the 24-year-old woman's injuries were considered "non-life threatening."

But her foster mother says what should have been a 90-minute ambulance ride four years ago, instead took five hours. Inyallie bled to death before doctors could save her.

The young woman's family says the story isn't unusual in British Columbia's north, where harsh weather, lack of a trauma centre, no cellular service, only one air ambulance, lesser-trained paramedics and a general centralization of services in the Lower Mainland can turn what would be a survivable trauma in southern B.C. into a tragedy.

Auditor General John Doyle found in a recent report not much has changed since Inyallie's death.

His March 21 report, the first audit ever done on the BC Ambulance Service, found the service wasn't adequately reviewing dispatch decisions or properly reporting or addressing safety issues, and that lesser skilled paramedics are sometimes sent out together because of understaffing issues.

One study from 2002 used BC Coroners Service data to find there was an alarming 75 per cent pre-hospital trauma-related death rate in northern B.C., a rate about six times higher than that in the Lower Mainland, where it's 12 per cent.

But in the north there is only one fixed-wing jet, even though ground ambulances often have to drive long distances, face bad weather conditions, and sometimes can't get to patients at all.

The closest trauma-receiving hospital is in Vancouver, and helicopters can't fly the distance without needing refuelling.

Doreen Spence lives in Prince George, and when her foster daughter Inyallie was in a car accident near Bear Lake that caused her to suffer a broken arm and punctured lung, two paramedics-in-training from Mackenzie District Hospital were sent to attend to her, but got delayed by slushy road conditions.

Reports given to Spence indicate it took almost five hours to transport her foster daughter to the hospital, and by that time, doctors weren't able to save her before she bled to death.

"There was absolutely no need for Jackie to pass away with what she had," said Spence.

"We have stretches of highway from Prince George to McBride where there's no phone service. To get an ambulance there takes forever, where a helicopter, if we had one, or two, or whatever (it would be much faster)."

Spence and her husband Brian are now involved in an organization called Northern B.C. HEROS, which they hope will soon be able to provide helicopter ambulance service to the region.

HEROS aims to bring non-profit helicopter ambulances to northern B.C. and the organization is currently working out a business plan.

"I know there are a lot of people dying up here that don't need to be," she said.

"It's not a good system out here and with people that have non-life threatening injuries, because they're on the road for too long, their lives are threatened," she said.

"That first hour is a big thing."

The lack of a trauma centre in the north forces patients with severe injuries in need of vascular or neurosurgery to be transported to either Vancouver or Edmonton.

Multiple studies, such as one from the B.C. Centre for Disease Control, have shown a significant decrease in death rates for those admitted to a trauma-receiving hospital.

But trauma-receiving hospitals in B.C. are all centralized: Victoria General, Vancouver General, Royal Columbian and BC Children's.

Les Fisher, chief operating officer of BC Ambulance Service, said the service is doing the best it can as a part of the health system to transport patients to those centres.

He said there is one fixed-wing jet in Prince George used to transport patients to Vancouver for trauma care, but there are no longer any helicopters because pilots can't make it from northern B.C. to Vancouver.

"You can't get any kind of distance with a helicopter without having to refuel," said Fisher.

"Even if you could stop for refuelling to get from, say, Prince George to Vancouver, you wouldn't want to do that trip in a helicopter. Helicopters fly at lower altitudes, it's much rougher. It would be a rough trip for the patient."

Fisher said putting helicopters throughout the north just to fly patients to community hospitals is an expensive proposition, and one that would ultimately be fruitless.

"It would get them to a community hospital where they still don't have the services that the patient needs," he said. "So all it does is add extra expense to the system without having any outcome benefit to the patient."

He said he wrote auditor general John Doyle weekly prior to the recent audit of BC Ambulance Service with his concerns about the B.C. system.

"We have third-world response times here."

Dysarsz said he is generally horrified by B.C.'s current medical system and said he thinks the province should be looking to Alberta and Europe — where he spent years reviewing ambulance systems — as examples.

"At the very best in downtown Vancouver we have a second-class system. When it comes to rural B.C., we have an absolute third-class system. And that's indicated by the extreme response times."

In 2010, CUPE BC president Barry O'Neill called ambulance wait times in the province a "disgrace."

Those times are the not the longest times and don't include the return time to a medical facility.

Bronwyn Barter, president of the Ambulance Paramedics of BC, said the union has been advocating for integrated services in non-metropolitan areas of the province for years now and feels they are doing well.

She said services are directed at where the most call volume and need tends to be, which is in the Lower Mainland, and that B.C. does "more for less."

"A lot of people do look at our system and think it's a world renowned system and are out looking and seeing how to move to that," she said.

"We serve a lot bigger area compared to STARS and everybody else."

Barter acknowledges that finding enough trained paramedics for rural and urban B.C. is a problem, and one that she said the union is currently trying to fix.

"We agree there's probably need for more critical care paramedics centred around the province, but we have the attitude of, 'let's expand on what we have and it's a well proven air ambulance system.' We actually do more for less in B.C. and we have higher-trained paramedics in the works."

She stands by the system in place in B.C.

"There's always room for improvement (but) with our air ambulance service we really do have a gem." 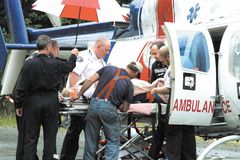 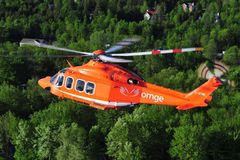 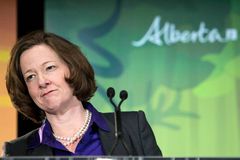 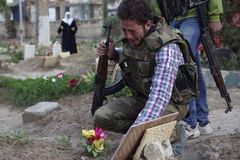 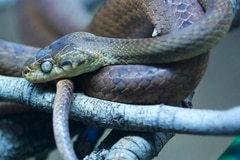