It's shocking we haven't heard of Ricardo Duchesne before now. Usually a university professor who propagates a viewpoint as incendiary as the one he holds is flushed out early and subjected to campus protests demanding his resignation.

While much of the world has adopted the slogan Je suis Charlie, which looks good on buttons and sounds wonderful in theory, the fact is here in Canada we have not always shown a willingness to tolerate opinions with which we vehemently disagree or find personally repugnant; opinions such as those held by Prof. Duchesne, for instance.

Mr. Duchesne is a sociology professor at the University of New Brunswick who happens to believe multiculturalism isn't all that it's cracked up to be. He says research has shown that countries that are more demographically homogeneous are better off and don't have near the problems that more ethnically diverse countries experience. But the observation that recently thrust the professor in the spotlight concerns Vancouver.

It is Prof. Duchesne's contention that Asian immigration has hurt Vancouver. He said it was too fast and too pervasive, causing a "beautiful British city" to take on a "strongly Asian character." He also criticized the city for embarking on an exercise to study its records to determine if there were any recent laws or regulations that were racist and might have hurt ethnic groups.

He's taken aim at Vancouver Councillor Kerry Jang, accusing him of instituting this fishing expedition to try and pilfer white Vancouverites on behalf of ethnic Chinese using "the same white guilt our educational institutions inflict on white children." Mr. Jang, meantime, has complained to the university about Prof. Duchesne, suggesting his views amount to hate speech. The university, however, has defended the professor on the grounds of academic freedom.

So what do we have in Prof. Duchesne exactly?

Someone who holds the unwavering belief that Canada's white, European ancestry is being subjugated by the mass immigration of non-white Europeans. His writings on this subject can often be found on the website of the Council of European Canadians, an organization that opposes all efforts to deny or weaken the European character of the country. It is against the immigration of non-European, non-Western peoples into Canada, a phenomenon it believes "threatens to transform our nation into a non-European majority within our lifetime." It also rejects the notion that diversity makes the country stronger.

In a recent post, Prof. Duchesne wrote an article titled The Great Fear – why do whites fear their own ethnicity? In it, he mostly rails against multiculturalism.

Personally, I don't see much evidence that Western culture in this country is under siege. Nor do I believe that any problems we do have are rooted in our immigration policies. On the contrary, Canada is stronger for its ethnic makeup, not weaker. When the professor writes that Vancouver's search for racist regulations is "nothing but the relentless demands by Asians to extract even more resources from Whites," he is being insulting and confrontational. Still, I don't believe what he's saying constitutes hate speech.

I do consider it an extremely narrow-minded, even bigoted point of view, that most Canadians reject. That said, you would be foolish to think there aren't others in this country who believe a less-white Canada is a lesser Canada. And there are certainly those who share the professor's view about Vancouver, that the pace of Asian immigration has been too fast and too pervasive. But should he be fired from his job for holding those beliefs? Should he be prevented from arguing his position in a classroom, in engaging with students who might challenge his hypotheses?

I understand completely why Mr. Jang, a university professor also, is upset with Prof. Duchesne. His views are inflammatory and offensive. But it would be more offensive to try and stifle them, to gag Prof. Duchesne and give him ammunition he would undoubtedly use to try and fortify his exclusionary position.

As Atticus Finch once said, the best way to clear the air is to have it all out in the open. 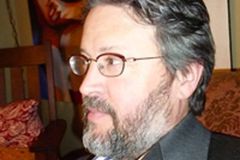 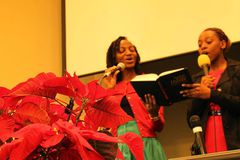 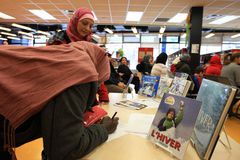