It was a bold move that required compromise, some deft negotiating and the will to bring a seemingly intractable and years-long dispute to an end.

And this week, the City of Vancouver and CP Rail did it – they hammered out an agreement that will see the city purchase the Arbutus Corridor lands for $55-million. That's almost three times what the city said it was willing to pay for the nine kilometres of former railway right-of-way. It's about half of what CP wanted to get for the land. Yes, it's a lot of money but, put in perspective, the city picks up 42 acres of prime, west-side real estate for about $9-million less than Chip Wilson's most recent assessment.

The city envisions transforming the corridor into a greenway for pedestrians and cyclists, with space preserved for an eventual light-rail line. Excess land would be sold off with the city and CP sharing the profits.

Vancouver Mayor Gregor Robertson called it "a once-in-a-lifetime opportunity," and said it's Vancouver's chance to have its own New York-style High Line.

The High Line effect is well-documented: Major cities across the United States share a vision of creating similar linear parks – many on unused rail lands, some on elevated tracks. But replicating the success of the High Line is seen as difficult, if not impossible. James Corner, whose architectural firm was one of those chosen to design the High Line, told The New York Times in 2011, "It's not just, 'Build a cool park and they will come.'" Mr. Corner said there needs to be a framework to attach it to.

Witold Rybczynski, a professor of urbanism at the University of Pennsylvania, agrees. He told Public Journal that part of the success of the High Line is its architectural setting. "The park courses through the Meatpacking District and Chelsea, two very heavily populated, high-energy residential neighbourhoods. Very few American cities can offer the same combination of history and density."

The Arbutus Corridor may have history (if only in the rails) but density has so far eluded it. That may change depending on how much of the land is developed as the project proceeds.

Right now, the majority of the rail line runs behind largely industrial buildings in Kitsilano, before opening up along Arbutus Street and through Kerrisdale. It would make an okay bike path, but a transformative urban icon like the High Line? Let's not get ahead of ourselves.

Walking the High Line two summers ago, I discovered the magic of the thing. Every twist and turn is surprising, every design feature intelligent and beautiful, and every material of the highest quality. That it is elevated is key – you see the city from an impossible vantage point, with neighbourhood residents staring you back at eye-level.

It's important to remember that supporters of the High Line raised $150-million to put toward its construction The city of Vancouver is so far estimating it will cost $25-million to $30-million to transform the corridor, which is roughly four times longer than the High Line.

None of this is an argument not to go ahead with the plan, but doing it on the cheap won't produce the desired result. To its credit, the city is setting up a designated project office and will, according to the mayor, solicit public input over the next four years.

I've not been a fan of them in the past, but this may be the one time where a fanciful, no-idea-too-dumb, blue-sky concept process is warranted. Something along the lines of the process that envisioned the viaducts as swimming pools, and saw gondola cars swinging over Georgia Street. This is the time to aim high, hire big talent, promote originality and raise enough money to properly finance the idea. It's also the time to avoid the obvious and the mediocre. Let's begin by making it a no-go zone for food-trucks, bad public art and pocket parks.

And yes, I've already heard from people who are opposed to the city spending any money at all on the corridor; people who see it as yet another perk for the city's wealthier west side. Something to further enhance the property values of the "crème de la crème."

For some reason, I don't find myself in that camp this time around.

Nor do I see it as a pet project.

The mayor is correct: This is an opportunity. We have a chance to get this one right.

How Vancouver found a path to a deal with Canadian Pacific Railway
May 16, 2018 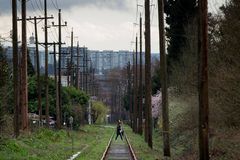 Vancouver acquires Arbutus rail corridor from CP for $55-million
May 16, 2018 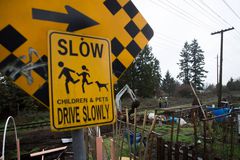