Get a roll of tape and use it to outline a square one metre by one metre on the floor. Find three friends. Stand inside that box with them. For 20 minutes. Perhaps 30.

Does that feel comfortable? We hope so. Because that is the golden standard that transit planners in North America use to decide whether a bus or a subway car is too crowded – or underused. Four is just right. More than that is not. But we hope you're okay with two more friends inside that box with you occasionally.

You'd better be, since that's what it gets like for a couple of hours a day at peak rush hour in the growing metropolis of Vancouver, especially on the region's ever-more-popular rapid-transit lines.

And, according to the authorities at this city's regional transit authority, no one is going to order a few million dollars worth of new subway cars just to alleviate that. Not until the system is heading for five and six people in that box for more than just rush hour.

But that four-person-per-square-metre formula, along with other mathematical calculations about the maximum crowding permissible on platforms, elevators and bus stops, is at the top of a lot of local minds lately as Vancouver embraces a continent-wide love affair with transit.

Cities are racing to put in more light-rail, rapid-bus and train lines. Commuters, pushed by high gas prices and pulled by the attractive new lines, are flocking to use them. Transit ridership is at its highest point since the 1950s. And office and home builders are talking about nothing but transit-oriented development these days.

That's producing jammed lines, still more condos and offices being planned along them, and a scramble to figure out how to accommodate that explosive growth.

That's nowhere more evident than around this region's Richmond-Vancouver Canada Line, which has exceeded all projections for ridership.

Many Vancouver residents who came out to a recent public hearing to express their opinions about a 2,900-unit megadevelopment at the Oakridge Centre mall – which sits on top of the 41st Avenue station of the Canada Line – said the line is already at capacity. So how, they wanted to know, will there be any room for the 50,000 or so new residents about to arrive all the way along the line, from Richmond Centre to downtown?

"TransLink can't meet the current demand," said Sophie Petric, a former nurse who lives a few blocks from Oakridge. "Even in off-peak hours, I've been on when it's already pretty full. I don't have any confidence anyone is looking at the whole thing."

Vancouver is one of a very small group of cities at the forefront of that kind of demand.

"I think this is going to start happening in all the cities that are planning transit successfully," said John Renne, a U.S. expert in transit-oriented development based at the University of New Orleans and the managing director of a real-estate development company, the TOD Group. "It's a growing pain."

At a January meeting at the U.S. Transportation Research Board, Mr. Renne said he and other participants heard for the first time about a new urban problem – too many people on transit.

Washington is going through something similar to Vancouver. It has so many developments planned along the local lines that the director for Metro, the transit agency, told the Washington Post last fall that "the system is kind of busting at the seams."

Mr. Renne said such transit jams have people talking about new kinds of planning, to try to even out the demand so people are travelling both ways on the system to homes and jobs. In the meantime, everyone locally is trying to figure out how to plan – or pay for – increased service along the lines as density coagulates along those municipal arteries.

It's the job of Mr. Busby's department at TransLink to figure out where all the people and jobs are going to be 10, 20 and 30 years from now – and when to trigger a higher level of service or expansion.

The current work being done to stations all along the Expo line are the result of that kind of planning. When the line opened in 1986, it had a capacity of about 12,000 people per hour per direction (pphpd, in transit-planner speak). Just before the Olympic Games opened in 2010, the agency got 48 new cars, which boosted the capacity to 16,000.

The Expo line had started to exceed the four-person-in-the-box standard in 2007. Now TransLink is in the slow process of spending $1-billion to create larger platforms and more escalators, and add more cars to boost the capacity to 25,700 by 2031.

There's a similar plan in place for the Canada Line – some day. Contrary to what a lot of people think, the Canada Line – which looks dinky compared to the honking trains that run in large metro systems like London, Toronto or Paris – has a lot of capacity. Even though the line only has two-car trains, the Canada Line's driverless, automated system allows TransLink, if it has enough cars, to run trains much closer together than a Toronto-type operation.

Mr. Busby says TransLink could increase the capacity of the current system just by running trains every two minutes, instead of the three minutes and 20 seconds that its private partner is currently required to provide. The two-minute intervals would increase the capacity from 6,100 pphpd to 10,000 pphpd. (And currently, he points out, the system is running at only 5,500 pphpd.)

"We have included all the estimates for regional growth, development along Cambie and in Richmond and, even by 2045, we can suffice with these two-car trains."

More growth after that? The agency could extend the platforms (which were deliberately designed for that eventuality) and add one car to each train.

Of course, the problem with all of this is money. TransLink has been stuck in limbo for four years, trying to get the province to agree to new sources of money for additional service and expansions to the network. In the meantime, it's struggled just to keep up with growing population.

The province has insisted there be a regional referendum to get the public's say on new money. That has created massive public uncertainty.

"Citizens … know a million people are coming. They know that [adding density] is the right thing from a textbook perspective," said Richard Walton, the chair of the TransLink mayors' council and the mayor of the District of North Vancouver, which is going through some painful public hearings at the moment about its official community plan. "But they say, 'We're not prepared to put our faith in the three levels of government to come up with the funding for the services. We hear your ideology but we don't believe you can get there.'" 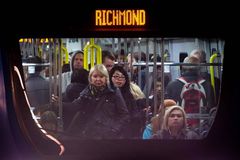 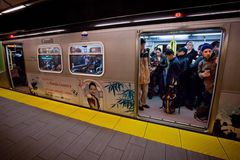 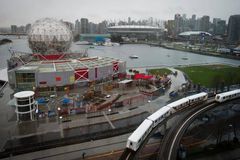 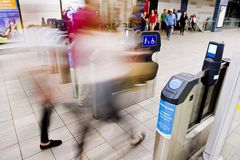