TransLink's new CEO says the transit agency has set a three-month deadline for a permanent solution to allow passengers with disabilities to use Compass Cards to reliably get through SkyTrain and Canada Line fare gates.

Kevin Desmond offered the update on Thursday – his 17th day on the job since coming to the Vancouver area from Seattle, where he led the city's transit system for a decade.

Last month, as TransLink prepared to fully implement its Compass Card fare gate system, advocates complained that passengers whose disabilities prevented them from physically tapping in and out of the system would have no way of accessing transit. Peter Fassbender, the minister responsible for TransLink, responded by demanding the transit agency come up with a solution before proceeding with the final stage of its Compass rollout.

TransLink quickly announced an interim plan to have staff on hand to help passengers with disabilities. Mr. Fassbender has said he is willing to give TransLink as long as it requires to find a permanent solution.

Mr. Desmond said work will be under way for the next three months to come up with a longer-term solution. "We're going to put all possible solutions on the table. It would be premature for me to say at this point in time what that solution might be," he said. "It might be more manpower. It might be other ways that we can address the challenge."

Jane Dyson, executive director of the Disability Alliance BC, said in an interview on Thursday that she was pleased to hear Mr. Desmond set out a specific deadline for action.

Ms. Dyson says her constituency sees difficulties getting through gates as impinging on their dignity.

For about three decades, fare gates in the SkyTrain system were open and passengers accessed them on an honour system. However, the fare gates were closed earlier this month and now can only be opened with Compass Cards, onto which passengers load funds to pay for their transit, or single-use tickets.

About 800,000 customers are regularly using Compass Card; more than 1.3 million taps are recorded each day as people use the smart-card system.

However, Mr. Desmond conceded during a news conference at TransLink headquarters in New Westminster that the plans have not always worked.

"We recognize we haven't been perfect," he said, citing media reports of a situation where a disabled passenger at the Burrard SkyTrain station had to wait 10 minutes to enter the station. "That's just not acceptable."

Mr. Desmond said TransLink is going through a major transition with closed fare gates that includes updating staff duties in the field.

"They have their hands full at times," he said."We are a learning organization. We will ultimately figure out the best way to serve all of our customers whether they have disabilities or otherwise."

Mr. Desmond, who said Lower Mainland transit is "incredibly accessible" compared to other systems, said TransLink has been especially interested in solutions in Los Angeles, citing their use of a pedestal where passengers can call a control centre to open the gates.

He said it's "not on the table" to exempt the disabled from using the gates.

Mr. Desmond, who spent 12 years at the Seattle region's King County Transit and was also once the chief of operations planning for the New York City Transit Authority, comes to TransLink after challenges that include a plebiscite last year that saw voters reject a sales tax to pay for transportation projects. The failed vote capped a campaign that centred largely around complaints about how the agency was run and how much its executives were paid.

"Clearly I went into this job with my eyes open. I was aware of the challenges Compass had. My job was to lead this very diverse agency with a multiplicity of issues, this being just one of them," he said.

He said Compass "will be a fact of life" after it works through its issues, citing the way that similar cards in New York City and Seattle faced early challenges, but have now been embraced. 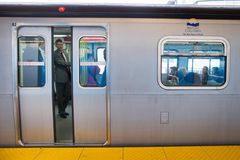 Compass to be operational at TransLink stations by Friday
April 4, 2016 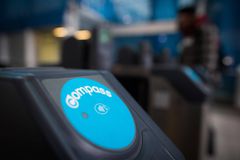 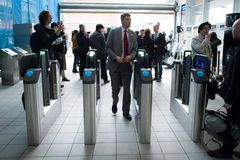