Another child in the care of one of British Columbia's delegated aboriginal agencies has died, the latest in a string of tragedies involving children directly or indirectly in government care and bringing back memories of a toddler who died more than a decade ago under the same agency's care.

In a statement on Thursday, the Nuu-chah-nulth Tribal Council said a young man had recently died while in its care, but provided few other details.

"Given the positive relationship we had developed with the young man, this event has come as a considerable shock to everyone," the statement said. "He touched a lot of lives in a positive way and we are grieving his loss."

The Nuu-chah-nulth Tribal Council Usma Family and Child Services is one of more than 20 B.C. aboriginal agencies the province has delegated to provide child care services. Usma serves communities including Ahousat, the fishing village that made headlines in October when residents rescued passengers from a sinking whale-watching boat out of Tofino.

The young man's death follows the deaths of Alex Gervais, an 18-year-old who was in the care of an aboriginal agency when he died in September; Alex Malamalatabua, who was 17 when he died last summer after spending the last 19 weeks of his life in a psychiatric unit designed for much shorter stays; and that of a young aboriginal woman named Paige, who was 19 when she died of an overdose in April, 2013, and whose life was the subject of a scathing report earlier this year by B.C.'s Child and Youth Representative that said "professional indifference" on the part of the government contributed to her death.

Those high-profile incidents have turned a spotlight on the provincial Ministry of Children and Family Development and its systems for looking after children.

"Any time a child dies, it is heartbreaking and our deepest sympathy goes out to the family," ministry spokesman Bill Anderson said on Thursday in an e-mail, adding that privacy laws prevented him from giving further comment.

A child's death in foster care triggers several processes, ministry spokesperson Bill Anderson said on Thursday in an e-mail, including the coroner's office determining the cause of death and potentially ordering an inquest.

The ministry will assess the case to determine what type of review may be required and notify the child and youth representative, Mary-Ellen Turpel-Lafond.

Ms. Turpel-Lafond is aware of the case, but is still gathering information and had no further comment, a spokesman for her office said.

Usma was involved in the case of Sherry Charlie, who died in 2002 when she was 19 months old after being placed in the home of a relative. Her death sparked eight reviews. An independent review by former judge Ted Hughes in 2006 found that significant government cuts, a revolving door in senior leadership and poorly managed government programs had undermined B.C.'s child-protection system. One of his recommendations was to create the office of an independent child and youth representative. Since her appointment in 2006, Ms. Turpel-Lafond has zeroed in on gaps in the system, including the end of support for children once they turn 19.

In a 2013 report, she said the province provides about $90-million a year to 23 delegated aboriginal agencies but that there has been no comprehensive assessment of how they are performing and whether they are improving outcomes.

She also found that funding for the agencies was inconsistent and that they are "often ignored as they struggle to provide services."

The most recent audit of Usma posted by the ministry is from 2013 and noted problems including missing case documentation, exceeding the time limit for investigations and neglecting to report investigation results.

The audit also noted the agency has faced "significant challenges regarding staffing" leading to workload issues and difficulty in ensuring work is completed in a timely manner. 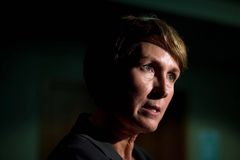 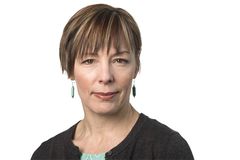 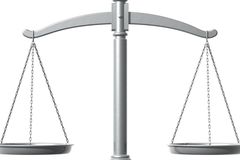