At the headwaters of the Bridge River in southwestern British Columbia, Bridge Glacier is breaking apart. The lake at the base of the glacier is littered with icebergs. Some are full of cracks and dirt, others pale blue and recently born. Here and there are little bits of ice that are almost gone, the colour of ice cubes in water on a summer day.

Every year, the lake is getting bigger and the glacier is getting smaller. Over the past 40 years, Bridge Glacier has retreated more than three and a half kilometres.

By the end of the century, places such as the headwaters of the Bridge River may still have ice, but they will look very different. 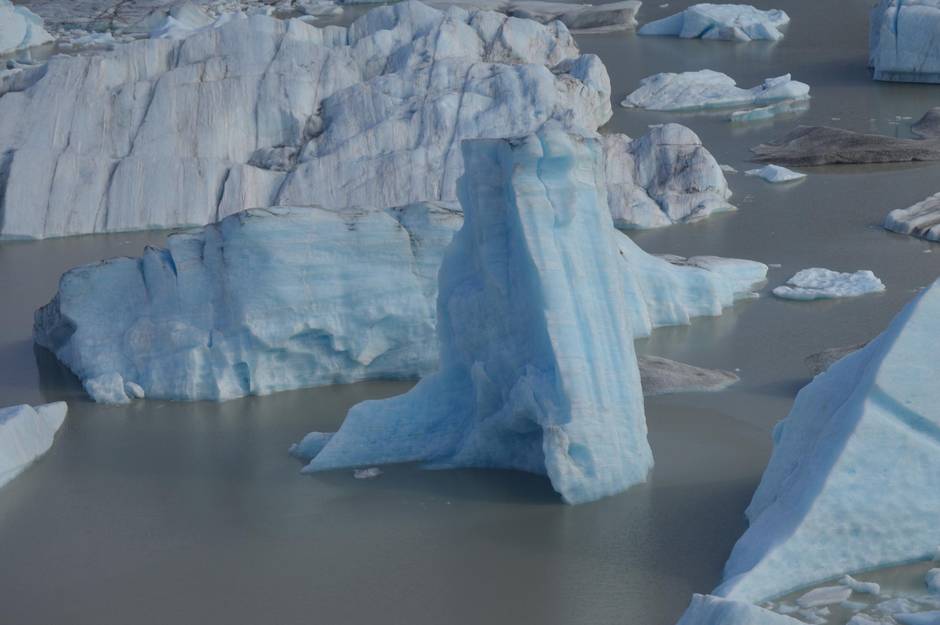 Under worst-case conditions, “you won’t see glaciers in most places,” says Garry Clarke, the lead author of a study on glacial retreat in Canada published in Nature Geoscience.

Prof. Clarke’s work predicted 70 per cent of the glacier mass present in B.C. and Alberta in 2005 will be gone by 2100. That will have effects on everything from aboriginal fisheries to agriculture in Alberta to power generation in British Columbia, some that are already noticeable.

The year that just ended was particularly dry in western Canada, with near-historic snowpack lows and drought conditions across B.C. and Alberta. Any year that is bad for snowpack is also bad for glaciers such as the Bridge, which are fed by snow during the winter. As each year of snowfall presses down on the previous years’ snow, it becomes ice. During the summer, some of the ice melts, providing rivers and streams with an important infusion of new, cold water.

Glacier melt is only 2 per cent to 3 per cent of the annual flow in the Bow River, which begins at Bow Glacier in the Rockies and cuts a path through Calgary. But in a dry, hot year, up to 50 per cent of the river’s water in late summer can come from the glacier as more of its ice melts and the proportion of rain shrinks, says David Schindler, a retired University of Alberta ecologist. Meltwater keeps the river cold – and moving – at a time when the water would otherwise reach temperatures that can affect the survival of fish.

Farmers in the Calgary area count on water from the river to keep their crops alive. About 70 per cent of the water drawn from the Bow River basin is for agriculture in the area surrounding Calgary, but the region has had water problems in recent years. A moratorium has been placed on on new licenses to remove water from the river since 2006.

As summers get hotter and drier and snowpack and glaciers shrink, Dr. Schindler believes it will become harder to get enough water from rivers such as the Bow.

“I think Calgary’s going to have water supply issues in late summer. I think there’s going to be irrigation wars,” he says.

“You can see trouble coming.” 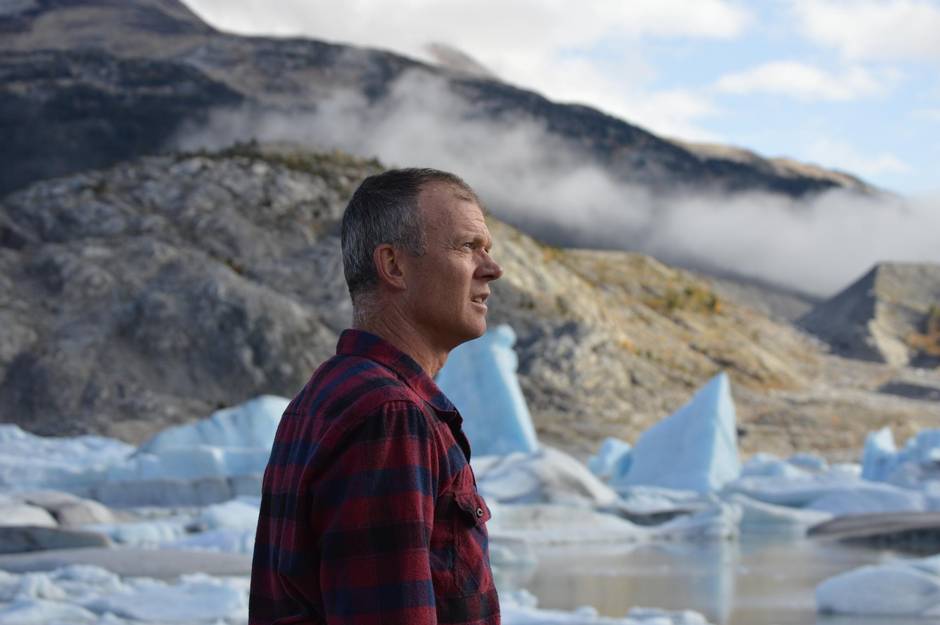 Dale Douglas. (Pauline Holdsworth for The Globe and Mail)

Bridge Glacier is nestled in B.C.’s Coast Mountains – a four-hour drive north of Vancouver to Lillooet and three hours west down a canyon road. The road follows the Bridge River, a glacier-fed tributary of the Fraser River that was once home to several important salmon runs. It has a BC Hydro complex that generates 6 per cent to 8 per cent of the province’s energy.

Dale Douglas spends a lot of time on Bridge Glacier. He is a floatplane pilot for Tyax Adventures, and in the 18 years he has been flying scientists and tourists to the glacier, he has seen it recede dramatically.

“It’s not just year by year, but hour by hour and minute by minute. Some days, we’ll head on out there in the morning, and then two or three hours later, you go out and it’s changed,” Mr. Douglas says.

Bridge Glacier has been retreating dramatically since the early 1990s, when large pieces began breaking off into the lake through a process called calving.

When the terminus, or lower end, of a glacier is in water – often the ocean or a lake created by meltwater – large chunks break off as icebergs.

Calving is a natural process, but when the ice lost through calving is combined with increased melt from warmer summers, the overall ice loss can be monumental.

Between 1972 and 1991, the glacier’s position remained relatively stable, but after 1991, the glacier began to retreat by roughly 100 metres a year. Between 2004 and 2012, the rate increased significantly, some years reaching as much as 600 metres.

Near its terminus, Bridge Glacier also thinned by roughly 75 metres between 1991 and 2013, estimates Matt Chernos, a hydrologist who studied the glacier as a master’s student at the University of British Columbia. “You can see in the eighties up to the mid-nineties how thick the glacier is, and then it almost looks like someone popped a balloon – it just completely deflates,” he says.

His research shows that calving accounts for 10 to 25 per cent of the ice lost on Bridge Glacier. The rest comes from surface melt – a response to the climate.

Mr. Chernos worked with Dan Moore, a professor at UBC who has studied the glacier since 2005. Prof. Moore and a team of researchers created three models for BC Hydro to predict how the glacier will retreat in the future. In the first, the climate stabilizes right now – but the glacier still takes several decades to come back into equilibrium. (Glaciers are in equilibrium when the volume of winter snow matches the volume of summer melt.)

In the other two – which assume that the climate continues to warm – the glacier does not show signs of stabilizing by the end of the century.

When asked what would need to happen for the first model to come true, Prof. Moore shakes his head. “It’s not going to happen,” he says.

Prof. Clarke says his models show many of the glaciers left at the end of the century will still lose more in the summer melt than they gain from winter snow. Their prognosis will not be good.

“They’re not living glaciers. They’re not going to survive. They’re just taking a longer time [than the others] to disappear.” 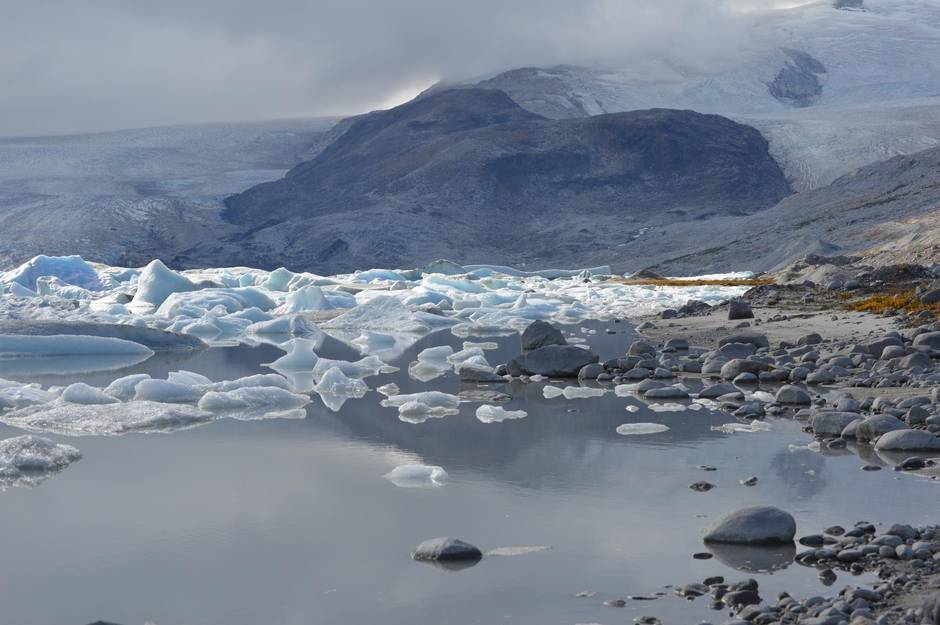 The Bridge River watershed has a higher percentage of glacier coverage than any of other watershed in which BC Hydro operates.

Frank Weber, the former head of BC Hydro’s runoff forecasting team, has been helping the utility determine how climate change will affect its water resources, and he notes that glacier melt is only one part of the whole picture.

And in 2015, the other factors aligned in a troubling way. In southern B.C. and Vancouver Island, snowpack levels were at near-historic lows. This, combined with an early spring and a hot, dry summer, was a major factor in last summer’s drought.

By 2050, scientists anticipate B.C. will be about six per cent wetter overall, but summers will be hotter and drier. Winters – particularly in the north – will be warmer and wetter, which means some of the precipitation that used to fall as snow will fall as rain.

Although the projected increase in precipitation means the utility does not expect glacier loss to hurt power generation, the shift from snow to rain may affect the way they store water. Glaciers and snowpack release water throughout the summer and act as a reliable, natural reservoir for BC Hydro. Rain is much harder to predict.

Darren Sherbot, BC Hydro’s manager of system optimization in generation, says the utility is already starting to struggle with precipitation falling as rain instead of snow.

“We had several record flood events [on Vancouver Island] this year, just because we had rain instead of snow and our reservoirs were full, and we couldn’t manage that,” he says.

Right now, however, he says Hydro has no plans to make reservoir capacity bigger to compensate. 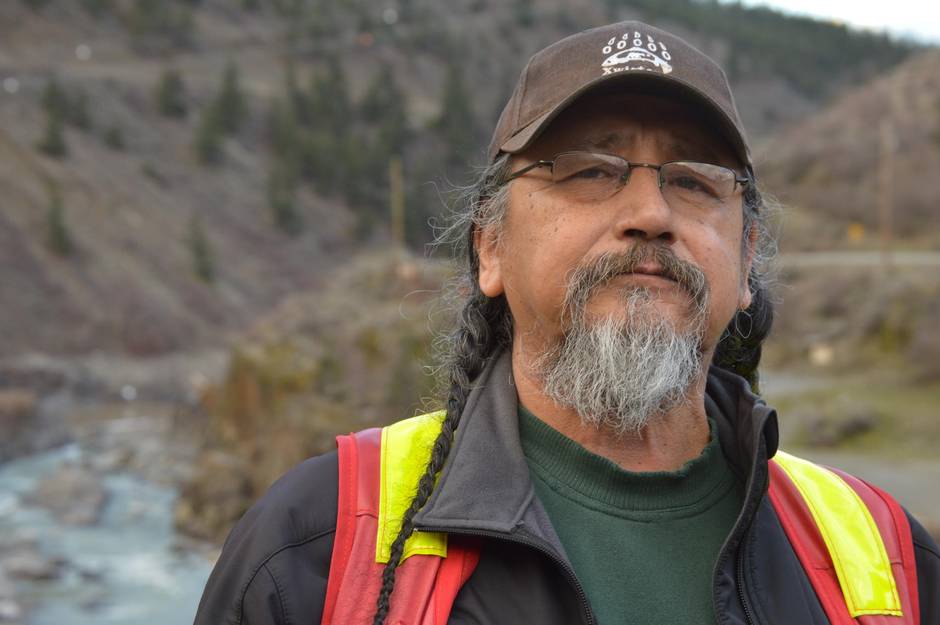 Gerald Michel. (Pauline Holdsworth for The Globe and Mail)

You can still see the characteristics of the glacier water in the river when it gets to Terzaghi Dam just outside Lillooet. The water in the reservoir is bright green. There is no fish ladder at Terzaghi, and after the dam was built, the salmon population, on which local First Nations depended for hundreds of years, dwindled dramatically.

Today, band members no longer fish in the Bridge River. Instead, they use the Fraser, right by the confluence where water from the Bridge empties into the larger river.

“Because there aren’t enough fish [in the Bridge] … we leave them alone,” says Gerald Michel, the Xwisten fisheries and land use co-ordinator. “We try to help them increase their numbers.”

However, Mr. Michel is worried that the water in the Fraser is too warm. When it gets above 20 C, the chances for disease and infection in the fish are higher.

Young salmon will have higher mortality rates, and adult salmon returning to the Fraser to spawn may die before they can hatch a new generation.

The dam regulates the volume of water from the Bridge being released, so some cold water still makes it downstream and into the Fraser in dry years, but Mr. Michel does not know what will happen as the glacier and snowpack dwindle and more snow falls as rain.

Similarly, the Nooksack Indian Tribe in Washington is investigating whether salmon in the Nooksack River will be able to survive the eventual disappearance of glaciers in the area.

Mr. Michel has spent most of his life downstream from a retreating glacier, so he will see the changes sooner than most. As glaciers leave the landscape, Prof. Clarke predicts, the rest of the country will be altered as well.

“I think quite a lot of the national identity is connected with the fact that we are kind of a country with real winter, and glaciers are part of a particular sense of what Canada is,” he says. “So we’re going to lose that.” 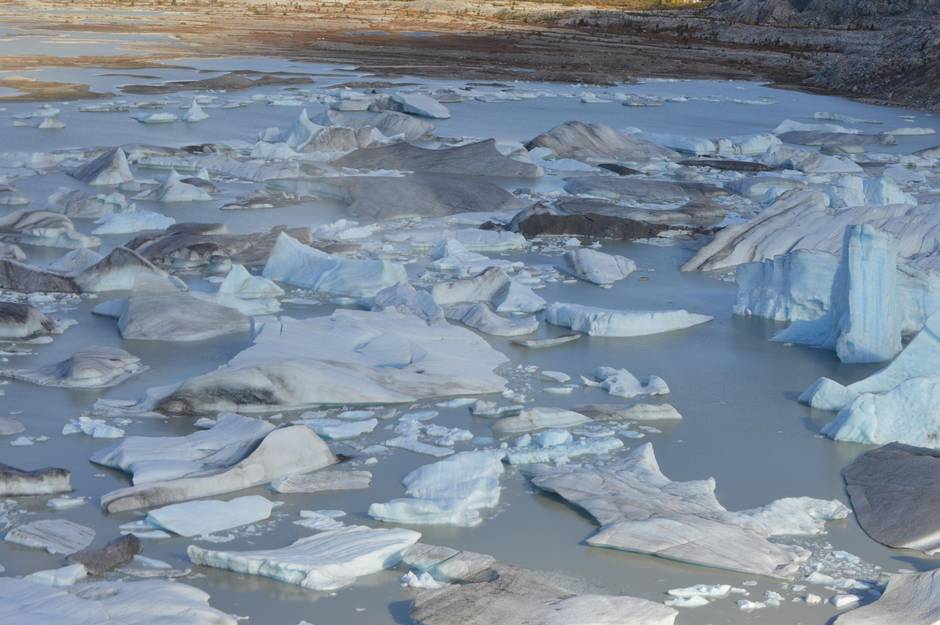 Common feature: almost all of world’s glaciers are in retreat