British Columbia's civil liberties watchdog has issued a callout for travellers who may have been filmed for a reality television series while entering Canada, claiming the Canada Border Services Agency is violating privacy rights by presuming consent. Depending on responses, the B.C. Civil Liberties Association may then launch a privacy complaint against the CBSA over filming at border crossings.

The CBSA, and its partners, "have been filming travellers crossing the Canada-U.S. border, by land and air, whether Canadian citizens, residents, visitors or potential refugee claimants," BCCLA executive director Josh Paterson said at a news conference on Tuesday. "They've been filming those people for public entertainment in the Border Security reality TV series. People have the right to cross the border without guest starring in a reality TV show."

However, both the CBSA and Force Four Entertainment, the company that produces the series, insist they adhere to strict procedural guidelines that include the protection of privacy rights.

Signs posted at border crossings inform travellers that BST Media Inc. is filming scenes and background material for a television documentary series about border security and the CBSA. "You will not be identifiable in the series without your permission," the signs state. "If you are in the background while others are being filmed, or if you do not agree to be identifiable in the series, your image will be altered so you are not recognizable."

The issue the BCCLA has is with the following line: "If you see the crew filming in your area and do not wish to be filmed, please notify a crew member and we will accommodate you."

"We don't think that individuals should have to actively refuse their consent to be filmed in this way," Mr. Paterson said. "People should be able to cross the border … without having to even think about [this kind of interference]."

However, Force Four insists that, "with the exception of one convicted sex offender and two convicted drug traffickers, everyone featured in an identifiable manner in Border Security has given their verbal permission at the beginning of filming and their written permission at the end of filming." Everyone in the background, without exception, is blurred and unidentifiable, the company says.

"It should be known that B.C. Civil Liberties Association has never contacted Force Four Entertainment directly to discuss their concerns," president Rob Brompley said in a statement. "Instead, they have resorted to a campaign of misinformation via social media. We are left to assume their latest attack today is a reflection of their need to garner media attention rather than communicate factual information about concern for privacy issues."

CBSA spokeswoman Amitha Carnadin said the agency requires the production to conceal the identify of anyone "who has not directly consented to use of footage." She called the series "an opportunity to educate the public about the mandate of the CBSA and the role its officers play in ensuring Canada's safety and prosperity."

Those who wish to participate in the BCCLA's privacy complaint, or fill out a form to legally refuse consent, can do so on the BCCLA's website. The privacy act does not allow organizations to file public-interest-based complaints without individual complainants.

The show made headlines in March after a filmed border agency sweep for undocumented workers at a Vancouver construction site. Several men were arrested and the presence of cameras added to a "context of intimidation," said a lawyer for one of the men. The men were asked to sign waivers after their arrests. 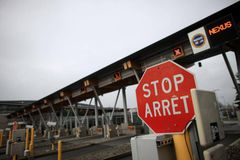 Opinion
Immigration raids are not a form of TV entertainment
May 11, 2018 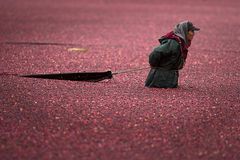 2,000 litres of meth ingredient disguised as soy sauce seized in Vancouver
May 11, 2018 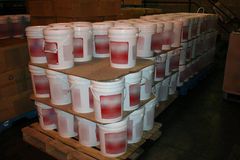 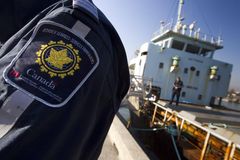 Construction worker deported — and filmed for reality TV
May 11, 2018 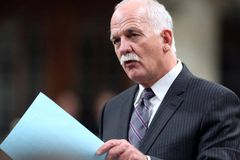 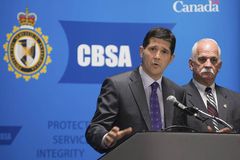