The man who allegedly purchased the ship that carried 492 Tamils to Canada has been charged with illegally organizing its entry, as has another person who was onboard the rickety craft.

The RCMP announced Tuesday that one count of organizing entry into Canada, contrary to the Immigration and Refugee Protection Act, has been laid against both Kunarobinson Christhurajah and Lesly Jana Emmanuel. Both men face penalties of life in prison and/or a $1-million fine. They are in custody and scheduled to appear in Vancouver provincial court Wednesday.

A similar charge was laid in March against another man, Thayakaran Markandu. He was arrested last month in France and efforts are underway to extradite him to Canada.

A court indictment alleges the three men organized the ship's entry between August, 2009 and August, 2010, in Sri Lanka, Malaysia and Thailand.

The charges against them have not been proven.

The Globe and Mail reported in August, 2010 – days after the MV Sun Sea docked on Vancouver Island – that the 57-metre, barely seaworthy ship was purchased in Thailand by a company called Sun & Rshiya Co. for 5.35-million Thai baht, or about $175,000 Canadian. The company was allegedly owned by Mr. Christhurajah.

The MV Sun Sea arrived in Canada less than one year after another Tamil migrant ship, the Ocean Lady. The Ocean Lady had 76 passengers, all of whom applied for refugee status.

All of the MV Sun Sea's passengers also claimed they were refugees. Of the 492 people, 380 were men, 63 were women, and 49 were minors. As of April 30, the Immigration and Refugee Board said six men remain in detention.

Of the 492 passengers, six people have been accepted as refugees and six have had their claims rejected. One family of five has abandoned its claim, and 18 have been withdrawn. Nineteen people have been issued deportation orders.

Following the arrival of the two migrant ships, the Canadian government introduced a controversial new refugee bill. Advocacy groups said the bill would punish legitimate refugees, as opposed to those who organized their dangerous voyages.

The bill would have seen people who arrived on ships designated as "mass arrivals" and detained for one year without a review. Immigration Minister Jason Kenney said last week, however, that a review will be held at the 14-day mark, and again six months later.

The legislation will also be changed so refugees aren't punished for visiting their home countries once the situation there improves.

Mr. Kenney and Public Safety Minister Vic Toews issued a statement Tuesday congratulating the RCMP on the arrests. "Human smuggling is a crime our government takes very seriously," they wrote in the statement.

With a report from Dan Fumano 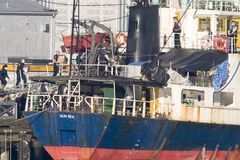 Tamils in limbo after crackdown in Thailand
April 29, 2012 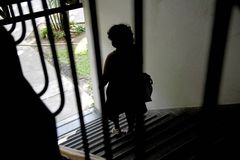 How Canada's massive human-trafficking ring was brought down
April 6, 2012 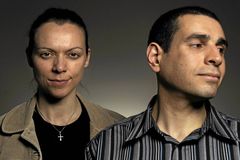 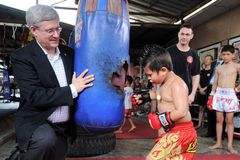 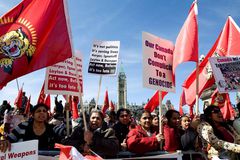 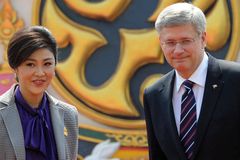