The sudden suspension of an acclaimed Canadian novelist from his role as chair of the University of British Columbia's creative writing program has thrown the literary community into turmoil and prompted a demand for answers.

Steven Galloway has been suspended with pay pending an investigation into "serious allegations," according to a memo sent to students, faculty and staff this week.

Gage Averill, UBC's dean of arts, told The Globe and Mail on Thursday that the suspension was made public because "it was apparent that a number of people in the creative program" were aware of the allegations and the story would soon get out.

"We thought it best to go to the community with a balanced and limited communication," he wrote in an e-mail.

"Without that, students and faculty may have felt unsupported."

The university would not disclose the nature of the allegations or the number of complainants.

The memo said the school's priority is "attending to the safety, health and well-being of all community members," and included a link to counselling services.

The matter has not been referred to police, Prof. Averill said.

An outside investigator is expected to be named on Friday or Saturday.

Sara-Jane Finlay, associate vice-president of equity and inclusion at UBC, said her office will take a "leadership role" on the matter. She declined to comment on whether the equity office had ever received complaints about Mr. Galloway, who is the best-selling author of The Confabulist and The Cellist of Sarajevo.

The uncertainty appears to extend to Mr. Galloway himself. Prof. Averill said he and Mr. Galloway spoke of "the general areas of allegations" on Monday, but the two did not discuss specific complaints.

Reached by phone on Wednesday, Mr. Galloway told The Globe that he did not know what the allegations are, and that the faculty association had advised him not to comment on the subject.

Concerned about rampant speculation in the absence of information, a number of writers have tweeted support for Mr. Galloway. Angie Abdou suggested tweeting #thingsweknow about the author, such as "Steven Galloway writes good books." Fellow B.C. author Susin Nielsen added "Steven Galloway cans fruit and even chicken. He makes soup. He is kind and funny and generous."

Reached on Thursday, Ms. Abdou – who knows Mr. Galloway through interactions at various festivals and events – said she is concerned about the response to the allegations online.

"On social media, it has turned into trial by social media and guilty until proven innocent, and that's what I find most alarming," she told The Globe.

"A lot of us care a lot about Steve and have never had a single bad experience with him. Of course, we're concerned about what's going on at UBC and the allegations, but [we should] wait and see what happens before we jump to any horrible conclusions. The press release with no facts and with this alarming language is leading people to jump to the worst conclusions. So I feel very badly for him."

After initially saying it would have no comment, Mr. Galloway's publisher issued a statement on Thursday.

"Penguin Random House Canada is proud to publish Steven Galloway, award-winning, best-selling and acclaimed author of The Cellist of Sarajevo, The Confabulist, Ascension and Finnie Walsh. He is a friend to many of us here and we look forward to publishing more books with him in the future."

Hal Wake, artistic director of the Vancouver Writers Fest, told The Globe and Mail, "I have no facts or actual information about the allegations. Steve is a close friend and I have only known him to act honourably, with kindness and generosity in our friendship." 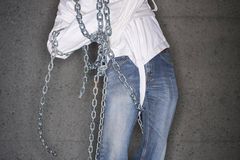 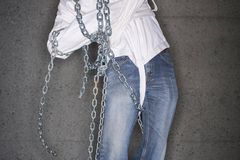 Follow Andrea Woo and Marsha Lederman on Twitter @andreawoo @marshalederman
Report an error Editorial code of conduct
Due to technical reasons, we have temporarily removed commenting from our articles. We hope to have this fixed soon. Thank you for your patience. If you are looking to give feedback on our new site, please send it along to feedback@globeandmail.com. If you want to write a letter to the editor, please forward to letters@globeandmail.com.
Comments are closed