At 87, Henry Sugiyama is finally going to arrive on the campus of the University of British Columbia the way he had hoped to as a teenager. As a student.

In 1942, when Dr. Sugiyama was 15, he and his family were among the 21,000 Japanese-Canadians who were removed from B.C.'s coastal areas under the cover of Canada's War Measures Act. After relocating to Kamloops, the star student continued high school, and his teachers encouraged him to write entrance exams to UBC. He won a scholarship, but UBC rejected his application. The war was over, but Japanese-Canadians had been presented with a choice: move away from the coast or go to Japan. The teen could not live on or near the UBC campus. The only university that would take him was the University of Manitoba, where he earned a medical degree.

"I was lucky in a way. UBC did not have a medical program at the time. If I had gone there, I would not have become a doctor," Dr. Sugiyama said.

On Tuesday, Dr. Sugiyama will attend the first class in a new program in Asian Canadian and Asian Migration studies. Its opening completes the promises the university made to recognize its role in the province's internment policy, first awarding honorary degrees to 76 students who did not finish their diplomas as a result of the removals, and vowing to preserve and teach the history of that time.

The program is not a form of atonement, although with courses such as Chinese Migration, it memorializes the experiences of those who Canada has at times shunned. Instead, it will try to teach students that choices are always available: to speak against exclusion or to abet it.

"It's not about just remembering the past. It's not about, 'You should feel guilty, you should feel bad.' That is actually a bankrupt form of historical thinking in my mind," said Henry Yu, a history professor at UBC who was a member of the committee that organized the granting of the honorary degrees. "We are trying to have our students look around and say, 'Who am I? Am I Ellis Morrow or am I Gordon Shrum?'"

Prof. Morrow was one of the few people on campus in the 1940s who spoke against the removals, helping his students finish degrees by correspondence. Mr. Shrum was a senior university administrator who played a part in the decision to go further than the government's removal order and strip students in Canadian Officer Training Corps of their designation.

"We can't tell right now which way you should act, but what you can do is think about the past and not just dismiss and say everyone was racist and now we're not any more," Dr. Yu said. "What work do we need to do, in maybe the Truth and Reconciliation Commission and the way we deal with First Nations? What is a temporary foreign worker, how are we treating Filipino nannies? What is it to be a just society?"

Dr. Sugiyama said the experience of removal affected his whole life. His father eventually rebuilt parts of his business, working in the fishing industry as an exporter. After finishing medical school, Dr. Sugiyama moved to Toronto and worked in the city's Cabbagetown area at a time when its name was still identified with illness, overcrowding and poverty.

Some things about the choices adults made he will never understand. Why his teachers in Kamloops, for example, raised his hopes. "I don't know why they encouraged me to write the exams. They did not do anything to help me after."

His daughter was awarded the Order of Canada for her achievements as a lawyer and for civic engagement, so the country has changed, Dr. Sugiyama said, even as he believes some groups are still disadvantaged, particularly aboriginal students.

The director of the new UBC program, Chris Lee, says students enrolling have only to look on campus to understand the program's continuing relevance. Students who are struggling with English, for example, are still stigmatized. "Like many Canadian universities, our students have family histories that have migration in them. This program is a way of recognizing that our students lead global lives." 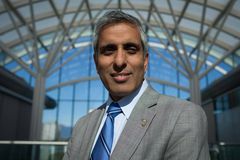 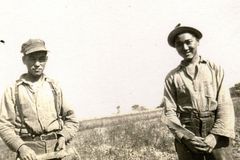