The association that represents University of British Columbia faculty has passed a non-confidence motion against the school's board of governors, the latest twist in the institution's continuing leadership saga.

The University of British Columbia Faculty Association announced the results of the week-long vote Tuesday and said 800 of 1,294 voters, or 62 per cent, approved the non-confidence motion. The association said 3,357 people were eligible to vote, putting turnout at approximately 39 per cent.

Although the vote is largely symbolic, it sends a message to the board and furthers the leadership struggle that has enveloped the university since former president Arvind Gupta's surprise resignation last summer. Dr. Gupta later said he regretted resigning one year into a five-year term but felt he no longer had the backing of the board.

The chair of the board resigned in October. Another board member stepped down this month, saying he did not want an unrelated legal dispute to become a distraction.

Mark Mac Lean, the faculty association's president, said the voting results show "there is a deep concern among many faculty members about the board."

"For the faculty association executive, this is now some direction, if you will, from our members," he said in an interview. "We'll be presenting to the board suggestions for changes that we hope will help restore faculty confidence in the board."

Prof. Mac Lean said the association will be meeting with the board in mid-April. He said it plans to discuss a number of issues, including the board's openness and transparency. He said the board has had meetings that do not appear to have been properly documented.

"The background chatter that had been coming at me was this was really about a small group of faculty who had these concerns, who were just agitating. When you have 800 faculty members who say they've lost confidence in the board of governors, that's really significant," Prof. Mac Lean said.

"I haven't talked to the board chair yet or any of the board members, but I suspect this will be taken seriously. At least that's my hope."

Philip Steenkamp, UBC's vice-president of external relations and communications, said the university is taking the faculty association's concerns seriously and looks forward to a "respectful and ongoing dialogue about improving governance practices."

"We are committed to working towards continuous improvement in all that we do," Mr. Steenkamp wrote in a statement, adding the board is looking forward to the discussion at next month's meeting.

Jennifer Berdahl, a UBC professor who this month resigned her position on the search committee for a new president citing a lack of confidence in the process, tweeted after the vote that faculty members want to see better governance.

She said she'd like to see an independent review into Dr. Gupta's resignation so there is an opportunity for institutional learning and accountability. She said she'd also like the board to undergo an external review, and for the presidential search to be suspended until the reviews are complete.

Dr. Berdahl wrote a blog post shortly after Dr. Gupta's resignation that suggested he had lost a "masculinity contest" with the university's leadership. She said she then received a call from board chair at the time, John Montalbano, who said she had damaged the university's reputation.

An independent report found that while Mr. Montalbano didn't personally infringe on Dr. Berdahl's academic freedom, the university failed to support and protect it.

James Tansey, another UBC professor, said he was not surprised by the vote result because the faculty association has been vocal in its criticism of the board. Dr. Tansey said he had hoped the vote would result in a better turnout.

Editor's Note: An earlier version of this story incorrectly said professor Jennifer Berdahl's blog post about Arvind Gupta's resignation argued he lost a "masculinity contest" with the UBC board chair, John Montalbano. In fact, the post referred only to "the leadership at UBC." This version has been corrected. 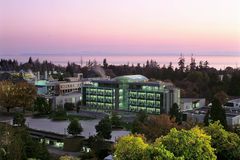