By combining new technology with old-fashioned hard work, a University of British Columbia researcher is gaining insights into the habits of a rare and endangered species of woodpecker that experts are fighting to save.

The findings by Julien St-Amand are expected to play a key role in plans to protect the critical habitat of the Williamson's sapsucker, a bird with a high, haunting call that is in danger of vanishing from Canada by 2025 because of logging.

Over the past two years Mr. St-Amand, a graduate student in the UBC school of forest and conservation sciences, has captured and radio-tagged 29 of the elusive birds. That's 28 more than had ever been radio-tracked anywhere in the world before.

"Catching them is definitely the hardest part," he said in an interview Tuesday. "These are birds that don't fly low very often."

In British Columbia, the only place in Canada where the Williamson's sapsucker is found, there are about 800 of the birds, scattered over the mountains in the East Kootenays, South Okanagan and north of Princeton.

Mr. St-Amand used nesting data compiled by earlier researchers to zero in on the most likely habitat. He broadcast recorded calls, to prompt a response, then put a model of a male bird atop a snag, stringing mist nets nearby, eight metres in the air. The nets, made of fine mesh, harmlessly entangled birds that swooped in on the decoy, thinking it was a rival.

When a bird was caught, Mr. St-Amand stitched a tiny radio-tracking device to one of its tail feathers and released it.

Then the really hard work started.

"You have to follow them," he said. "You have to go over forest debris, you have to climb hills … this is steep, rugged terrain."

It is also largely wilderness and Mr. St-Amand had to contend with bears, moose and cougars along the way.

He had a close encounter with a bear, which foraged nearby as he staked out a bird tree, and a cow moose charged him when he got too close to her calf.

"But with cougars, I only saw tracks," he said.

Mr. St-Amand's goal was to figure out where the birds were feeding, so forestry plans could be drawn up to allow logging while protecting key habitat.

Following the birds with his radio-tracking device, Mr. St-Amand had to be fast in pursuit, but he also had to be careful not to scare the birds.

"You run for a while … and then you start sneaking," he said. Using a wax crayon, he marked the trees where birds stopped, then later retraced his route to study the trees.

What he found is that the Williamson's sapsucker, which past research associated primarily with mature larch forests, is highly dependent on old Douglas fir trees, where the birds feed heavily on ants. His study also shows they typically feed within 300 metres of their nests, but may go up to one kilometre away. Until now little has been known about how far Williamson's sapsuckers range around their nesting sites. Mr. St-Amand said past studies have shown the birds can tolerate some logging, so the new findings should help fine-tune forestry plans, to ensure that key nesting sites and feeding habitats are both set aside.

"Running around in that mountain forest is not a piece of cake," she said. "Julien has been tough and determined."

She said the Williamson's sapsucker hasn't been studied much anywhere before (the bird ranges from southern B.C. to northern Baja California, in Mexico) and Mr. St-Amand has broken new ground by tracking so many birds and confirming their dependence on Douglas fir.

The population trend for the species in B.C. isn't known because not enough breeding bird surveys have been done. But based on research in Oregon that showed the population dropping, it has been projected the birds could vanish from Canada by 2025, unless protective action is taken. 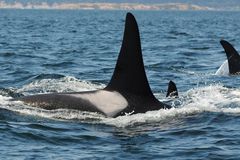 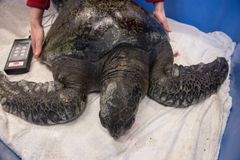