A frosh chant about underage, non-consensual sex has spurred a flurry of apologies and vows to investigate from student bodies and academic administrators at the University of British Columbia.

"I wouldn't be surprised if we were having conversations with students as early as [Monday morning]," Louise Cowin, UBC's Vice President of Students, said Sunday.

Dr. Cowin said she was shocked earlier in the week when she heard reports the chant had been sung by Sauder School of Business first-year students on a bus ride during a three-day frosh orientation. She said the incident likely took place around Labour Day and said it is "extraordinarily regrettable … very disturbing."

The incident came to light on Friday when student newspaper The Ubyssey reported a student had posted the words on Twitter. The chant, which is based on the word YOUNG, and includes the words: "Y is for your sister, U is for underage, N is for no consent."

The story broke in the wake of a furor over a video featuring a similar cheer by frosh at Saint Mary's University in Halifax. That cheer became the focus of national attention after the video was posted on the Internet last Wednesday. A few days later, The Ubyssey reported the chant was being used by frosh at UBC – and on Saturday the administration expressed dismay and promised to investigate. The Ubyssey reported that when it first contacted the Commerce Undergraduate Society, which had organized the bus ride, representatives said the cheer was well known, but was not supposed to be heard in public.

"We had problems a very long time ago with the cheers being public in a sort of way and the Dean seeing," Jacqueline Chen, the frosh co-chair is quoted as saying. "We let the groups know: if it happens in the group, it has to stay in the group."

Ms. Chen could not be reached for comment Sunday.

But apologies were soon forthcoming. In a statement Saturday, CUS said the student body does not condone the chant.

"The CUS unequivocally condemns any behaviour that promotes, endorses, or in any way makes light of issues of sexual assault and misconduct," the board of directors and executive council of CUS stated in a letter.

"We offer our sincere apologies on behalf of our leadership team," it said.

In a joint statement issued Sunday, the CUS and the Alma Mater Society said the student organizations "will be working together to ensure all members of the CUS leadership team attend training with our Sexual Assault Support Centre. Going forward we will be working to ensure such chants, or any offensive or derogatory conduct, never again occur within an AMS sanctioned event."

Robert Helsley, Dean of the Sauder School of Business, and Dr. Cowin also issued a statement saying an investigation is underway.

"This is of grave concern," the administrators stated. "Such behaviour would be completely inconsistent with the values of UBC and the Sauder School of Business."

The statement said any disciplinary measures taken would "follow the University's policy on discipline for non-academic misconduct."

Robert Tarzwell, an assistant professor of psychiatry at UBC, expressed the anguish of many at UBC in a letter he posted on Facebook that went to UBC Academic Provost David Farrar.

"Imagine what it would be like to be a first year student who has suffered a rape to enter Sauder and hear that chant, with the egregious expectation of chanting alongside your fellow students or else risk social ostracism," he stated.

Dr. Tarzwell said UBC has an obligation to provide students with an intellectually stimulating and safe learning environment.

"Today, we've broken that trust with the community and with our students," he wrote.

In response Mr. Farrar wrote that "The President and I share your concerns, " and promised an investigation. 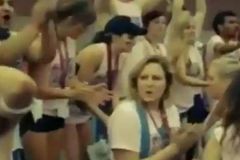 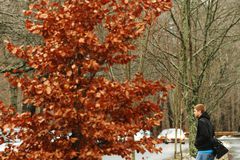