The faculty association at UBC is backing a professor who alleges the chair of the board of governors criticized her over writing blog posts about the sudden resignation of former president Arvind Gupta.

The university says it will investigate the allegations.

This comes at a time when pressures have been increasing on the University of British Columbia to release more information about the reasons behind Dr. Gupta's departure earlier this month.

Jennifer Berdahl, a professor at UBC's Sauder School of Business, said she was first contacted by e-mail by board chair John Montalbano after she tweeted that UBC "failed either in selecting or in supporting [the president]." Mr. Montalbano replied with a subject line that read, "Nice tweet." Mr. Montalbano then contacted her again by e-mail several days later, once she had written a blog titled Did President Arvind Gupta lose the masculinity contest?

In her blog, Dr. Berdahl said that she had gotten to know Dr. Gupta from serving on joint committees with him and found him to be a "humble leader," who listened to others. "He advocates for women and visible minorities in leadership – a stance that has been empirically demonstrated to hurt men at work," she wrote.

On Monday, she said that "[Mr. Montalbano] said he wanted to express how the blog post had made him feel, and that's when he launched into the analysis that it had deeply embarrassed the board and him … he said he was going to talk to the dean about me and the trouble I was causing."

"I experienced that conversation as quite threatening, I was quite shaken by it. … I said that this might make him look strong, to fund this outspoken professor." UBC declined to make Mr. Montalbano available to comment directly on the allegations, some of which Dr. Berdahl first made on her blog.

Dr. Berdahl herself was hired with money from a $2-million donation by Mr. Montalbano toward the creation of a senior faculty chair dedicated to studying gender and diversity in business. The position she holds is named after him.

"He was not interested in my thoughts … he was not interested in the content of the posts, or the analysis I had done on work as a masculinity contest. It was not a scholarly conversation. It was to express his deep disappointment at my posts," said Dr. Berdahl, who studies workplace behaviour, power and harassment.

Dr. Gupta was an unusual hire for UBC as he lacked experience in university administration. He had been CEO and scientific director of Mitacs for 15 years, the national not-for-profit organization that links university researchers, government and industry. His hiring was thought to be a vote for making innovation a key part of UBC.

Now, the campus is swirling with theories about why he resigned. One camp points to departures from his senior team to argue that Dr. Gupta was a frustrating leader who did not consult sufficiently. Another camp, which counts many faculty in its midst, argues that he was devolving power to academics rather than the administration and questions whether Dr. Gupta was supported enough in the role by other senior administrators.

Interim provost Angela Redish and interim university president Martha Piper issued a statement saying the university does not tolerate any suppression of academic freedom, and described the allegations as "unproven and untested at this time."

"We are going to gather the facts," Dr. Redish said.

Dr. Berdahl said she only decided to go public with the conversation with Mr. Montalbano after other senior leaders also spoke to her about the blog.

"I reached a point where I felt that working on it internally was not viable. … It's my duty as a professor to speak out for basic principles the university is supposed to espouse, and to keep talking about subjects I am an expert on. … This is completely legitimate discourse for me to participate in," she said.

The university has said that it cannot comment on Dr. Gupta's departure because it is bound by confidentiality agreements.

On Monday, an unscheduled meeting of the Board of Governors was held on campus for more than four hours.

"It was over a personnel matter and it was in camera," said Dr. Redish, who could not offer more details on what was discussed.

UBC should not be hiding behind non-disclosure provisions, the faculty association said in a letter to its members Monday. The letter also expressed its support of Dr. Berdahl and stated that the association has lost confidence in Mr. Montalbano as a result of her allegations.

UBC did not rule out releasing more information in the future.

"There are two parties to that agreement [of non-disclosure] … it's really an issue between the Board of Governors and Dr. Gupta," Dr. Redish said. 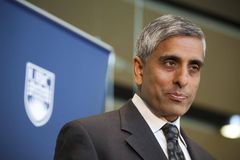 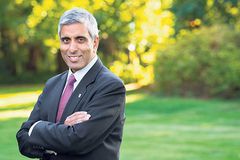