British Columbia's largest public-sector union is appealing a fine of more than $3-million levied by Elections BC over a television advertisement that aired during the spring by-elections.

Elections BC imposed the penalty last month, saying the B.C. Government and Services Employees' Union exceeded the spending limits for third-party advertisers under the Elections Act. The limits for the Chilliwack-Hope and Port Moody-Coquitlam by-elections were $3,127.32 per electoral district; the union exceeded that by almost $160,000 per electoral district, according to Elections BC.

The financial penalty is 10 times the amount by which the value of the advertising exceeds the limit in each district, bringing the total to nearly $3.2- million. As well, the BCGEU would be forbidden from running another campaign ad until the next general election, in May, 2013, unless the court granted relief from the penalty.

In a petition filed in Supreme Court, the BCGEU says the advertisement was part of a campaign in print, radio and television that began in October, 2011, in anticipation of the expiration of collective agreements. The union had no way of knowing the government would call by-elections in the spring, BCGEU spokesman Chris Bradshaw said.

As well, the union says Elections BC erred in its calculation of the cost, noting the advertisement aired province-wide, and not just in the two by-election constituencies. Thus, the fine should be based on the daily cost in the two constituencies, according to court documents.

The union also emphasized that it asked Elections BC whether the ad would constitute election advertising, Mr. Bradshaw said.

The 30-second advertisement depicts public sector workers making statements such as: "We love the work we do, and have done our share through tough times. But a decade of falling behind, from government cuts and wage freezes, has hurt us – and the services you rely on."

In an affidavit submitted in Supreme Court, Lynn Bueckert, the director of research, campaigns and communications for the BCGEU, said the ad began airing on March 19. The election writs came on March 22, and she contacted Ken Curry, staff counsel for the union, a day later.

"Although I was doubtful that the advertisement did constitute election advertising, in order to proceed as carefully as possible, on Friday, March 23, 2012, I asked Mr. Curry to contact Elections BC to seek their guidance regarding the television advertisement," she said.

Mr. Curry e-mailed the ad to Greg Macdonald, a senior financial officer with Elections BC, at 2:16 p.m. that day, according to the affidavit. At 4:57 p.m., Mr. Macdonald replied that, in the opinion of Elections BC, it was election advertising. Ms. Bueckert said she overlooked the reply until March 27.

"I immediately took steps to cancel the television advertisement in the relevant electoral districts," she said.

Don Main, communications manager for Elections BC, said running the ad in that short window was enough to violate the Elections Act.

Ads are considered election advertising if they appear during a campaign and promote or oppose, directly or indirectly, "a registered political party or the election of a candidate, including an advertising message that takes a position on an issue with which a registered political party or candidate is associated," according to Elections BC's website.

BCGEU spokesman Mr. Bradshaw said the advertisement was a way to communicate with members and the public and did not promote or oppose a political party or candidate. The fine also raises the issues of freedom of expression and freedom of speech, he said. 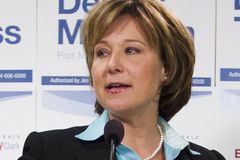 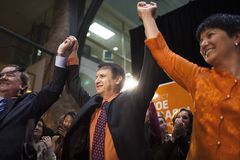 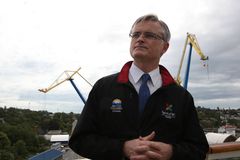 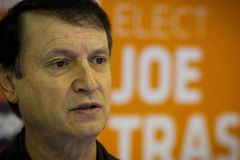 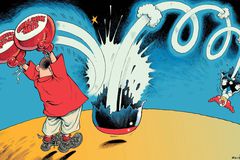