Federal corrections officials were told nearly a year ago that convicted serial killer Robert Pickton was working on a book and talking to another prisoner about getting it out of prison, according to the union that represents guards at the facility.

But it is not clear what, if anything, authorities could have done to prevent the handwritten manuscript from getting to Michael Chilldres, a California man who paid a self-publishing company to print it.

Guards at the maximum-security Kent Institution in British Columbia told officials about a manuscript last March and flagged it again in reports in July and August, said Gord Robertson, Pacific Regional president for the Union of Canadian Correctional Officers.

"Everyone was aware that this manuscript was in existence, but what we don't know is what happened from that point," Mr. Robertson said.

"We don't know if management tried to stop it – and it's quite likely they can't stop it, because there is no law saying [Mr. Pickton] can't write this book."

The Correctional Service of Canada is investigating the issue and "continues to work closely with our unions to address common concerns," CSC spokeswoman Laura Cummings said Tuesday in an e-mail.

British Columbia does not have a law that prevents criminals from profiting from books, movies or other accounts of their crimes.

Premier Christy Clark on Monday said British Columbia would consider legislation designed to prevent criminals from profiting through their crimes along the lines of laws already on the books in five other provinces, including Ontario and Saskatchewan.

Public Safety Minister Ralph Goodale said the federal government will conduct a review to determine how the material left the prison. "In this circumstance of some obviously gross material somehow getting out of the correctional system and into the hands of some form of publication, we will be examining very carefully all the information we can pursue as to how this happened because it should not have happened," Mr. Goodale said in Ottawa on Tuesday.

"And we will make sure that the proper corrective measures are put into place if there was some kind of gap or defect in the system. First of all, we have to identify who was involved and who participated in what … is a thoroughly odious enterprise."

The book, a 142-page paperback titled Pickton: In His Own Words, was published by Colorado-based Outskirts Press and was for sale through online retailers Amazon and Barnes and Noble.

Following a public outcry over the weekend, Outskirts said Monday it would stop publishing the book, and the two online retailers no longer list the book for sale.

In a telephone interview Tuesday, Mr. Chilldres said he agreed to try to get the book published as a favour to a friend whom he met on vacation in Vancouver in 1994. That man was subsequently an inmate in the same prison unit as Mr. Pickton.

"Willy Pickton wrote his memoirs – and I got a copy of it and authorization to publish it," he said.

Mr. Chilldres said he spent about $2,500, including transcribing fees, to get the book published. Any profit was to have gone to hiring a lawyer for the prisoner who sent him the manuscript. The man maintains he is innocent of the charges for which he is convicted, Mr. Chilldres said.

In an interview with CTV, inmate Grant White – currently in prison in Saskatchewan – said he obtained the manuscript from Mr. Pickton and then mailed it outside of the prison. Mr. White told CTV Mr. Pickton approached him and asked him for help in getting the book published.

Mr. White told CTV he agreed in the hopes of making money to prove his innocence of crimes that include assaults, assaults with a weapon and sexual abuse of a child.

Mr. Chilldres disputed Outskirt's statement – issued Monday when it apologized to victims' families and said it would cease production of the book – that it has a "zero-tolerance" policy for working with, or publishing works by, people who are incarcerated.

"That's a big fat lie, they never told me that – because I told them exactly what the book was about," Mr. Chilldres said. "It was [about] a guy in a Canadian prison and it was his memoirs. And they said, 'No problem' – and then they took my money."

In an e-mail, Outskirts president Brent Sampson said the company has "multiple" e-mail correspondences in which Mr. Chilldres claims to be the author and a publishing agreement that states the same thing.

"This event has given Pickton and Chilldres more exposure than they deserve," Mr. Sampson said. "Out of respect for the victims, let's put it to rest." 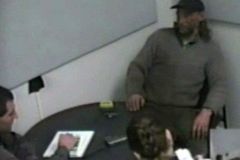 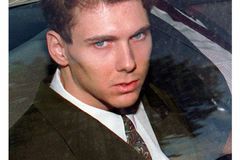 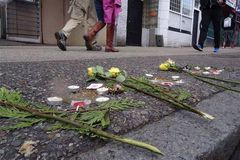