A University of Victoria oceanographer who is now on the shortlist to become one of Canada's next astronauts says his experiences at sea on challenging research trips has helped prepare him for the rigours of space travel.

Jay Cullen is one of 72 candidates on a shortlist, released Wednesday, that was culled from about 4,000 prospects. The Canadian Space Agency announced last summer that it was looking for two astronauts.

The successful applicants, who will be selected following further physical and mental tests, will have to move to Houston, in August, 2017, to begin basic training at NASA's Johnson Space Center. At least five years of training is required for an astronaut to be prepared to fly in space.

Dr. Cullen, 43, who described himself as a big fan of the Apollo program to send humans to the moon, said being an astronaut would be the "ultimate challenge" testing judgment, skills and physical ability.

"It combines all of the things I am so interested in – being an oceanographer, being a professor, research and exploration," he said in an interview Wednesday. "It's kind of the ultimate job."

Dr. Cullen studies the metals and metal chemistry in seawater as part of understanding the health of the oceans and climate change. He figures he has spent about a year of his life on research voyages aboard vessels such as sailboats and ice breakers – in all oceans except the Southern Ocean encircling Antarctica.

"You learn to work under kind of extreme conditions in remote locations and you have to solve problems and you have to make decisions that determine whether or not your research is a success," he said.

"I think that those experiences and the skills you develop to function well and to be successful at conducting field research on the ocean translate directly to what the space agency is looking for in astronauts, how you have to work in close quarters with people and how you're not going home at the end of the work day."

He said that, in some respects, the ocean is as unknown and inhospitable as space. "When you're out in the middle of the Pacific Ocean for example, you're a long way from people who can help you. I think it's more directly related and applicable to space exploration than you might think at first."

Dr. Cullen, a married father of three young children, said he knew he had to put his name in when the call for applications went out in June, 2016. He noted that the last such call went out about eight years ago.

"If it's something you want to do, the opportunity doesn't come along very often. When I saw the call for applications this last summer, it was pretty clear to me it was time. I had the experience and skills necessary and was excited to apply."

He said he is confident about making the cut, noting that competition is inherent in academia. "I wouldn't have applied if I didn't think I was suited for the job and could get the job. It's still a pretty long list of very talented people. All I can do is do my best and see how I compare."

Julie Desjardins of the Canadian Space Agency said Canada is now entitled to two long-duration astronaut flights to the International Space Station between now and 2024, with a first set for November, 2018, with David Saint-Jacques aboard and a second flight yet to be scheduled.

Dr. Cullen, who said his family has been supportive of his application, is mindful of risk, but has faith in the training he says he would be provided.

"You're never given a mission that you're not fully trained to do, and you've got all of these people working to keep you safe. You need to take risks if you're going to explore and learn new things about anything."

Freeze-dried food and one bathroom: Six simulate Mars in dome in Hawaii
January 20, 2017 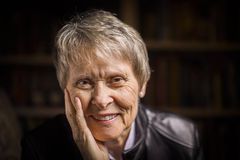