A new monitoring platform being developed out of the University of Victoria could one day have implications for children's rights globally, an effort prompted in part because of Canada's failure to adequately comply with a UN treaty that it helped bring about.

Ziba Vaghri, an expert on child development at UVic's School of Public Health and Social Policy, will lead an international team in developing GlobalChild, an electronic platform that aims to have a standard of reporting for all countries on their compliance with the United Nations Convention on the Rights of the Child.

The team is aiming to launch the project in Canada in 2021, with the goal of it one day becoming a global reporting tool.

Signatories of the treaty are required to submit reports every five years; Canada, which played an instrumental role in developing and promoting the convention, let more than a decade pass between submitting its past two reports, she noted.

"We are an affluent country and we have to be a model for the rest of the world," Dr. Vaghri said in an interview from Calgary, where she and her team will launch the project on Friday. "We have been leading in the international arena, in terms of human rights and child rights. We were instrumental in drafting this international treaty."

"We have no shortage of resources. For us, there is no excuse not to be able to comply."

Globally, 196 countries have signed the 1989 convention, which requires governments to establish goals, laws and policies to uphold the health, social, economic and cultural rights of the child. It contains 54 articles, which cover issues such as standard of living, right to education, parental responsibilities and protection from all forms of violence.

However, compliance has long been an issue. Many states lapse on their reports. As well, the reports themselves can be limited in scope and lacking detail. Noncompliance from low-income countries is often penalized by withholding aid, but wealthy states – donor countries – are not subject to this pressure.

"The reports are suffering from two major shortcomings: They're not submitted in a timely manner and they are not written in comprehensive and adequate shape," Dr. Vaghri said.

GlobalChild will comprise performance indicator sets for each treaty right, and each of those sets will contain various questions states must answer. Concerning the right to play, for example, states may be asked: Are there policies in place to allow children time away from school and daycare to play? What programs and initiatives have been enacted to facilitate a child's right to play? Are there adequate parks and playgrounds? What impact have these commitments had on children?

The platform aims to increase accountability through detailed, measurable reporting, Dr. Vaghri said. The tool will be adapted to different communities; for indigenous communities, the platform may include an enhanced focus on connection to culture and relationship with land, for example.

Margo Greenwood, academic leader of the National Collaborating Centre for Aboriginal Health and a co-investigator of the project from the University of Northern B.C., noted that indigenous children in Canada remain "significantly underserved" by health care services while being at greater risk than other Canadian children for health problems.

"This project is an important opportunity for change that will contribute to the optimal well-being of our indigenous children and families," Dr. Greenwood said in a statement.

The countries that have fared best to date, Dr. Vaghri said, are those that incorporated the convention into their legal systems.

"Children's rights are more than just a tool, a platform, a treaty, a document," she said. "It has to be woven into the fabrics of society. Governments have to [provide a] model in order for citizens to follow it."

The platform's development will be funded in part by a $1.1-million award from the Canadian Institutes of Health and Research. 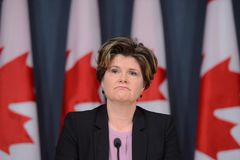 Children born abroad to Canadians may end up as ‘lost Canadians’
July 15, 2016 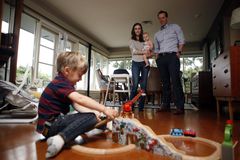 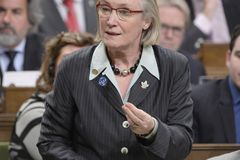