Students who are crazy in love with Beyoncé will soon have a chance to study the superstar singer at the University of Victoria.

The university has green-lighted a music-department course, beginning in January and available to all students, that will use the mega-star soloist as a prism for studying popular music's cultural impact.

Edmonton-based Melissa Avdeeff, a self-described independent musicology researcher who has previously lectured at the University of Edinburgh and University of Alberta, is coming to British Columbia's capital to teach the course.

Ms. Avdeeff, who wrote a lot of her MA thesis at Hamilton's McMaster University on how women are represented in popular music with a focus on Beyoncé, says her course will be about more than listening to music and watching videos.

Ms. Avdeeff spoke with The Globe and Mail from her home in Edmonton.

Despite your academic credentials, your sincerity and intentions, some people may look on this as a bit of a joke. What's your response?

The arts, in general, do get criticized a lot. But personally, I don't see studying popular culture as any less academically or societally relevant than studying other forms of musicology like historical musicology or music theory. It's important to have these courses. They get people thinking more critically about how they are engaging with media. They create more of an active consumer as opposed to a passive consumer of media. I am hoping students will question what they're consuming and why they are consuming it and see the role it has in their everyday life.

What, in a nutshell, is your pitch to take this course?

It's aimed at students who probably listen to Beyoncé, fans, or people who just like pop music in general. It's kind of a way for people to think more critically about their listening and their watching habits because, obviously, Beyoncé is very visually focused with her videos. It's just a way to develop a framework to understand why and how we listen to popular music and its role in society and having to think more critically about that as opposed to being passive consumers.

I don't think so. She has been a star since before 2006 in Destiny's Child. Their first single came out when they were 16, 19. I know there's a course in the States that does the sociology of Miley Cyrus and there's also the sociology of Lady Gaga at the University of South Carolina. I think it's encouraging there are universities willing to take a chance and look at more popular music artists.

How did you develop this course?

I was interested in bringing more popular music studies to the west of Canada, which is where I'm from. I approached a lot of universities in B.C. but none seemed too interested until UVic came along because they wanted to expand their pop music and technology courses, my area of expertise. We considered a number of different artists. We settled on Beyoncé as someone I thought would bring in lots of different areas of pop-music studies.

Which other artists did you look at?

I considered Lady Gaga because she seemed like the obvious choice. Even someone like Justin Bieber because he's Canadian and we're at a Canadian university.

How do you create a course along these lines?

I can't say for sure the course has been entirely created yet. Aspects of it will probably change from week to week. Recently, we have just upped the enrolment cap from 70 students to 100 so I have to bring this into account, too – of how that's going to affect assignments and papers and whatnot.

I understand there's another Beyoncé course at Rutgers University. Did you learn anything from that course?

I don't really know too much about it, but it's probably something I'll look into more to see what theoretical standpoints they have used and what they have done.

Have you ever had the opportunity to speak to Beyoncé?

Once art is out in the public, it becomes up to us to interpret it. I am not sure talking to her would make or break anything. It would just be another opinion or facet in the puzzle.

How would one fail a course on Beyoncé?

By not critically engaging. If people just think it's about listening to Beyoncé and saying, 'Oh. She's great,' they're probably not going to get too far. 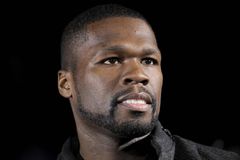 Lana Del Rey: Love or hate her, you have to hear her new album Ultraviolence
June 16, 2014 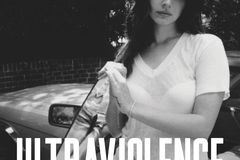