Retired police detective Brian Honeybourn has accepted that the killer central to one of Vancouver's most haunting unsolved crimes has escaped justice.

No one will ever be prosecuted in the case Mr. Honeybourn first heard about in the 1950s as his parents spoke of it in hushed tones. Later, Mr. Honeybourn would pursue it as an investigator with the Vancouver Police Department over about three years near the end of his career. Now, he ponders it in retirement after 33 years in policing. At home, he has several binders of material from his policing days that he occasionally leafs through.

"Will there be a successful prosecution in court? No. That will never happen. Not now," says Mr. Honeybourn, 66. "Probably the perpetrator of this terrible crime is long deceased."

That perpetrator left two young boys dead in Stanley Park. The Babes in the Woods label has been applied to various murder cases around the world.

In Vancouver, it refers to two boys, aged six to 10, whose skeletons were found by a parks board worker in 1953 – six years after the children were thought to have been killed with a hatchet also found in the area. Also found were such items as a lunch box, aviator's cap, woman's fur coat and shoe and remnants of children's clothing.

At best, says Mr. Honeybourn, the two young victims may some day be identified due to DNA analysis of exhibits on file.

"It's important," says Mr. Honeybourn, who retired in 2001. "They get murdered in a major city, in a park, and we don't know who they are? They're two little guys that lost their lives way too early through no fault of their own. I think it's incumbent upon us to try and figure out who they are."

Mr. Honeybourn came to the case as a policeman in the late 1990s when he was a member of the B.C. Unsolved Homicide unit, an integrated unit of Mounties and Vancouver officers.

Around this time, he was involved in removing the remains of the victims from the Vancouver Police Museum in the Downtown Eastside where they were on display in an exhibit on the case. He saw that the remains were cremated and properly laid to rest in the waters off Kits Point.

While the victims were initially pegged as a boy and girl, DNA analysis confirmed they were both boys.

Thereafter, he ran down historic leads in the case – various stories of women with two male children who vanished. Nothing led to a breakthrough.

Mr. Honeybourn has always assumed the children were killed by their mother, but her identity remains a mystery.

As a police officer, he dealt with more harrowing cases. In 1999, he worked as a forensic investigator in Kosovo exhuming mass graves. He also recalls, in particular, the 1991 machine-gunning of a family of four. But the Babes in the Woods tugs at him. "It's very sad. They missed their whole life."

The Vancouver Police Department says the case remains open and under investigation by an officer with the Vancouver Police Major Crime Section. Sergeant Randy Fincham, speaking for the force, declined to disclose what police are doing to solve the case.

David Sweet of the Bureau of Legal Dentistry at the University of British Columbia, says he is holding some DNA samples from the teeth of the remains, but there are no items available for additional DNA testing because police investigators have run out of leads. "Of course, as the case gets older and colder, so do the leads and opportunities for identification," Dr. Sweet said in an e-mail exchange.

Still, the case lives on in an exhibit at the Vancouver Police Museum, which features replicas of the original bones in a vaguely unsettling reproduction of the setting in the park where they were found. Robert Noon, the museum director, says it's a mystery how the original bones ended up at the museum, which was created by police officers in the 1980s, but has no official ties to the VPD.

A museum presentation on the case is in the works for early 2014.

Mr. Noon says the exhibit resonates with visitors. "When they get to the Babes in the Woods cabinet, there's almost a silence – a hush comes over them as they read about what happened to these small children," he says. "Once you learn about it, it's got an intrigue that's infectious."

The case also haunts him. "I personally lock up the museum and go through the displays turning the lights off," he said, "and whether, intentionally or otherwise, that's always the last light I turn out. I say, 'Good night everybody' and walk out. It's something I've done ever since I've been here." 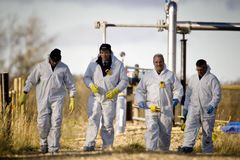 On the trail of the Night-stalking Tiger Beetle
December 25, 2013 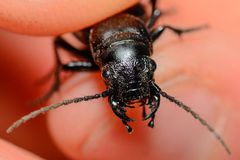 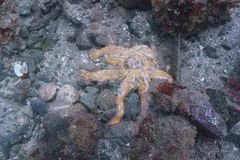 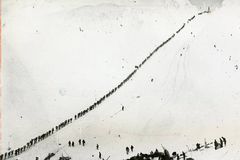 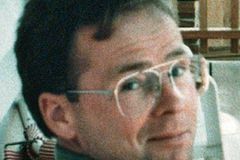 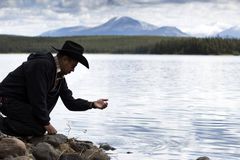 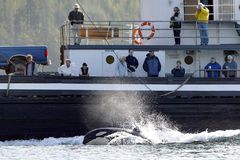