Vancouver is not a happy city these days.

The prices of single-family houses are spiralling ever upward, making people worry about who will get to live here in the future. Proposals for new housing projects that could theoretically provide more options typically attract a swarm of angry neighbours. Solutions for building more transit and reducing congestion seem to be permanently in limbo.

That would be bad enough. But there seems to be no way of talking about any of those issues without dividing into angry camps of for and against.

For those reasons and more, a group of architects, academics and planners, as well as the Museum of Vancouver, have come together to put on a four-month series of provocative talks and displays aimed at exploring Vancouver's future.

"Vancouver's going through massive change and experiencing some real growing pains," said Greg Dreicer, the museum's director of curatorial and engagement. "It contributes to this heightened mood of anxiety."

That's something that architecture professor Leslie Van Duzer also noticed when she moved to Vancouver to teach at the University of British Columbia. And she saw that one part of the problem was that there was no place for people to talk about any of the things that were making them anxious.

Most conversations happened at antagonistic city meetings, where residents and planners or politicians ended up pitted against each other.

Elsewhere, she said, other people with less black-and-white opinions seem to keep quiet because of a local culture that is "not very open to dissent" and where conversations are often quickly shut down.

That's why a group of people, including Prof. Van Duzer, architect Richard Henriquez and others who were on the architecture school's advisory board, launched a new organization called Urbanarium.

It has joined forces with the museum to stage a series of frank debates along with the exhibits.

The first, which will launch the show Jan. 20, is called "Open all neighbourhoods to densification." The second: "Build more towers." Four others, equally likely to evoke strong opinions, will follow.

"It's very important to be able to hear opposing views," says Prof. Van Duzer. "Public hearings are about specific projects. There just needs to be more debate about larger issues."

Beyond that, the museum, whose show is sponsored largely by city architects and developers, will have a series of workshops, tours, displays and exhibits to encourage the region's residents to talk about what they want for the city.

One display will be a mock presentation centre that allows people to see choices about their condo and city that don't typically appear at sales centres.

In another display, eight different architecture and planning teams have developed eight new scenarios to visualize the future of Vancouver.

A third will catalogue the 120 different types of homes in the region and encourage people to draw their own ideal homes.

Mr. Dreicer said the idea is to encourage more people to talk about how the city is developing than the typical few loud voices that have dominated these hot issues.

This effort to involve the public in examining the transformation of Vancouver is one that's particularly satisfying to one man who's been working on the idea for more than 30 years.

Ray Spaxman, a former city planning director, launched the first Urbanarium in the early 1980s, as he sensed that the city was about to change profoundly.

He thinks the new version of Urbanarium is even more needed now.

"It becomes incredibly important as things become more political at the municipal level."

Mr. Spaxman's original idea came from a visit with his children to the Toronto planetarium.

There is no permanent space yet in Vancouver for that kind of institution, as he had hoped 30 years ago.

That's something the new Urbanarium group is working on. 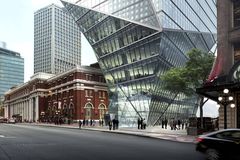 Opinion
How a green Vancouver is benefiting from China’s toxic wealth
December 28, 2015
Housing agency says opposition to Vancouver project is ‘not unexpected’
January 10, 2016 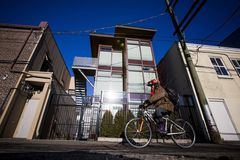 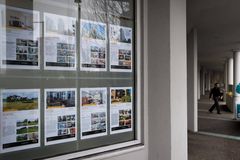 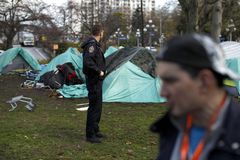