The proponents of two controversial pipelines to British Columbia's coast say they would consider deploying underwater firecrackers, helicopters and clanging pipes, among other methods, to ensure whales don't swim toward any disastrous oil spill that might result from increased tanker traffic carrying bitumen to Asia.

It's called hazing and documents obtained by The Globe and Mail show the methods have been studied carefully by U.S. scientists before and since the disastrous Exxon Valdez oil spill killed 22 orcas in 1989. Last month, the Washington State Department of Ecology asked Trans Mountain to describe any plans it might have to help whales in a spill. In the preamble to its request filed with the National Energy Board, the department notes the proposed expanded pipeline would contribute to "potential cumulative effects on sensory disturbance," something that "was determined to be significant for southern resident killer whales."

"NOAA [National Oceanic Atmospheric Administration] identified oil spills as an acute extinction threat to the southern resident killer whales," the U.S. department says in its request for information from the pipeline project.

"Please describe any Trans Mountain plans to minimize the direct acute threat to marine mammals in general and southern resident killer whales in particular by applying techniques such as the use of 'hazing' to drive the animals out of areas heavily affected by surface oil slicks," says the request for information.

On June 18, Trans Mountain replied that some hazing methods "have historically worked well with killer whales," and it might consider endorsing them in consultation with Canada's Department of Fisheries and Oceans, the lead Canadian response agency.

"The need for and use of marine mammal deterrence activities would be considered prior to or during emergency response operations," Trans Mountain writes.

It then lists the techniques that might be available, including fire hoses directing streams of water at whales, boat traffic to generate noise, helicopters to make noise and stir up water and other acoustic deterrents.

The response notes that NOAA has approved use of metal pipes called Oikomi pipes for noise and a kind of low-frequency bomb in the event of an oil spill, but Trans Mountain cautions: "No single deterrence technique will work in all situations."

Northern Gateway's submission to the National Energy Board last year discussed hazing for three pages, adding "oil response plans (including a marine mammal hazing plan) will be developed with DFO and certified responders before operations."

Fisheries and Oceans did not reply to The Globe's questions about hazing.

If both pipelines are approved, tanker traffic plying the B.C. coast would increase by more than 600 ships a year, raising concerns from aboriginals, environmentalists and U.S. officials about the increased potential for a spill on the Pacific coast.

U.S. authorities have closely examined hazing for years. One 1994 study found Oikomi pipes – 2.4-metre-long reverberant metal pipes hung from a vessel and hit to produce a ringing sound – could be deployed from boats spaced 180 metres apart to create an acoustic fence to move whales away.

Underwater firecrackers, also called seal bombs, have also been studied. They are small explosives inside a cardboard tube. When weighted, set with an eight-second fuse, and tossed into the sea, they sink and explode with an acoustic signal. A report of 1986 said they have been used successfully in hazing non-whale marine species.

But despite all the studies, Don Noviello, an oil spill response specialist at Washington State's Department of Fish and Wildlife and author of reports on hazing, said it's not clear whether the techniques will work.

"I am unaware that any whale hazing techniques have been, or will be, scientifically tested on actual whales," Mr. Noviello said.

Added Vancouver Aquarium whale specialist Lance Barrett-Lennard: "I do think that hazing might be appropriate in some circumstances." 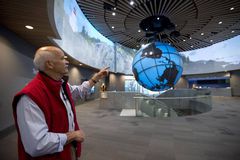 Springer the orphaned orca seen off B.C. coast with her own calf
June 11, 2014 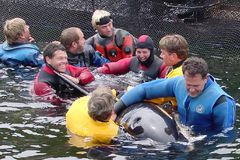 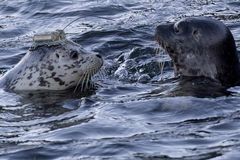 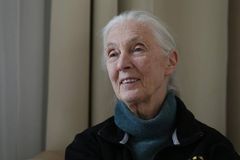 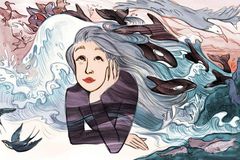 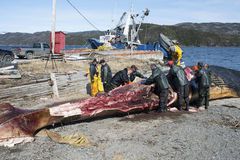