This past March, Ryan Nicolson hosted a potlatch in Alert Bay.

At one time, that would have put him at risk of arrest. Under Canadian law, potlatches – gift-giving feasts to mark special occasions such as marriages, births or funerals – were illegal between 1885 and 1951. In Alert Bay, that period is marked by the U'mista Cultural Centre, which houses masks and other artifacts repatriated to the community after they were confiscated from a potlatch in 1921.

This spring, however, the ceremony – held in the community's "big house" – went as planned. On behalf of hereditary leaders of the Musgamagw Dzawada'enuxw Tribal Council, Mr. Nicolson presenting a hand-carved talking stick to his great-uncle, Robert Joseph, to recognize Mr. Joseph's work with Reconciliation Canada, a charity that promotes reconciliation between indigenous and other Canadians.

For Mr. Nicolson, the potlatch, his first as host, was a personal milestone.

It can also be seen as part of an evolution in Canada, in which indigenous laws and traditions are getting increased attention from scholars, indigenous activists, environmentalists and others interested in how such laws evolved and how they are, or could be, used today.

At the University of Victoria, that attention extends to a program the university says is the first of its kind in Canada and unique globally: a joint degree in Canadian common law and indigenous law. The proposal, in the works for about a decade, was inspired in part by Montreal's McGill University, which offers a joint degree in civil law, used in Quebec, and common law, used in the rest of the country.

Mr. Nicolson, currently working on a master's in political science and law at UVic, says he would have applied for a joint law degree had it been available when he was weighing graduate studies.

"I would have definitely taken the program," Mr. Nicolson says. "It would give me an opportunity to research and reconnect with my own history and culture … because of the residential school system and the anti-potlatch laws, there's been a breakdown in our traditional ways."

It was through a course at UVic, for example, that Mr. Nicolson learned a totem pole at B.C.'s Kingcome Inlet had been erected as a symbol of unity among four bands.

"I didn't really realize that totem pole was a form of legal agreement – I'd never really looked at it that way," says Mr. Nicolson. "I think [the joint law degree] would give First Nations students an opportunity to learn more about themselves and their own culture."

In the joint program, students would study the same subjects as they would for a conventional law degree, such as property law. But instead of looking solely at the Canadian legal system, they would also look at principles in, for example, British Columbia's Gitxsan First Nation (as well as other First Nations in Canada and some in the United States).

The idea would be to use indigenous law – along with federal and provincial laws – to develop policies related to, say, child welfare, resource development or other business ventures, says John Borrows, who holds the Canada Research Chair in Indigenous Law at UVic and helped design the university's proposed joint degree program.

That is not a new idea; indigenous law plays a role in existing Canadian treaties and has come up repeatedly in court cases, including before the Supreme Court of Canada, over issues concerning land use, hunting and fishing rights and resource development.

Those cases, going back decades, have resulted in what's commonly referred to as aboriginal law: cases or precedents related to First Nations people established in Canadian courts – such as, for example, Tsilhqot'in Nation v. British Columbia, a 2014 Supreme Court of Canada decision that declared aboriginal title to about 1,750 square kilometres of land in central B.C.

Those cases have recognized governments' duty to consult and accommodate aboriginal people before taking action that could affect potential or established aboriginal or treaty rights. But what that means and how it should work remains a challenge.

With a joint degree in indigenous and Canadian common law, graduates of the program could be expected to have a perspective that automatically takes indigenous laws and traditions into account in business or other negotiations.

In just one example of how that perspective could play out on the ground, the Legislative Assembly of Nunavut adopted a consensus style of government, which is considered more in keeping with the way that Inuit have traditionally made decisions.

UVic's proposal is a direct response to the Truth and Reconcilation Commission. Its final report, issued in 2015, called on the federal government to set up indigenous law institutes and improve indigenous access to justice.

Canada currently recognizes 618 First Nations, but not each of those groups has their own law system. There are 11 major native language groups in Canada and laws have evolved around language lines, Dr. Borrows said.

As well, over the past century, some groups teamed up in court challenges or other actions aimed at protecting or establishing indigenous law, in the process helping to define and consolidate long-standing principles.

Over the past decade, UVic researchers have worked with indigenous communities to study and describe legal systems, says Val Napoleon, an associate professor at UVic who holds a research chair in Aboriginal Justice and Governance.

"We've been working together across Canada to put together bodies of material on indigenous law," Dr. Napoleon says.

Through that work, researchers have outlined how different communities, for example, resolve property disputes or grant decision-making authority to a group or individual. That research will shape the curriculum for the new program.

Under the proposal – which requires federal and provincial approval – the first group of students would be admitted in September, 2017, and graduate in June, 2021. About 25 people a year would be expected to go through the program. UVic has asked Ottawa for a one-time contribution of $18.5-million to build a new wing for the university's existing law building.

The proposed joint degree would give graduates a valuable, additional perspective in a rapidly evolving field of law, said Thomas Isaac, a partner at Cassels Brock law firm in Vancouver and a specialist in aboriginal law.

But unlike civil law – which has standing in Quebec and is recognized elsewhere in Canada – indigenous law for the most part exists outside the Canadian legal system, Mr. Isaac said.

So while joint-degree graduates would have knowledge of two legal systems – Canadian and indigenous – they would be expected to operate in only one.

"I think it is very important that those folks who sign up for the indigenous-law program understand what they are signing up for," Mr. Isaac said.

"It's a degree based on more academic and historical underpinnings of the legal system as opposed to a JD or a bachelor of laws that is a requirement for practising law in Canada."

There is value in studying other systems of law and doing so could help reconciliation, he added.

A better understanding of indigenous law could change the profession and its outcomes for the better, Dr. Borrows maintains.

"Law schools have not been very good in teaching future lawyers about what lies on the other side of their work," he said.

"So they know well the provincial and federal laws, but they maybe stumble a bit when it comes to working in the indigenous legal system," he said. 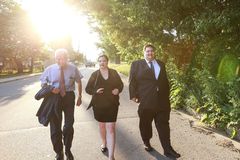 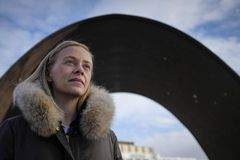