The Vancouver Airport Authority is denying competition among in-flight catering companies, an abuse of its position that is resulting in higher prices and lower service quality, the federal Competition Bureau says.

The Competition Bureau said Thursday it has applied for an order that would require the agency overseeing Canada's second-busiest airport to stop engaging in anti-competitive acts.

The bureau, in its 24-page filing, said while other airport authorities across the country have welcomed new suppliers of in-flight catering, Vancouver has refused.

"Ultimately, what the commissioner [of competition] seeks in this case is to maintain and encourage competition, by allowing airlines and in-flight catering firms that wish to do business with each other to do so, such that all in-flight catering firms – both incumbents and new entrants – are afforded an opportunity to succeed or fail on the basis of their respective ability to compete," the filing said.

The bureau said in-flight catering in Canada – as well as the transportation of food and commissary products – has historically been provided by two companies. It said a third firm began operations in 2009, and is now at airports in Toronto, Montreal and Calgary.

But Vancouver, the bureau said, has denied "repeated requests" from new firms. The bureau said several airlines have objected and called for more competition, though it declined to identify them.

It said the two firms that provide in-flight catering in Vancouver – Gate Gourmet Canada Inc. and CLS Catering Services Ltd. – pay the airport authority "several million dollars per year" and the authority has a competitive interest in shielding the firms from new sources of competition.

The bureau said the authority has in recent years increased both the lease rates it charges the two companies, as well as an airside access fee.

John Pecman, the commissioner of competition, in a statement wrote that as a gatekeeper, the Vancouver Airport Authority "controls access to important resources that in-flight catering firms require to compete.

"The VAA must follow the Competition Act to drive innovation and allow market forces to work," he said.

The Vancouver Airport Authority, in a statement, said it was disappointed the application had been filed. It said the authority believes it has acted and continues to act in compliance with the Competition Act.

"The Airport Authority will vigorously defend its right to determine how services are provided at [Vancouver International Airport] for the greatest overall benefit of its stakeholders," the statement read.

Craig Richmond, the authority's president and chief executive officer, wrote it has decided not to permit additional in-flight caterers "for the purpose of maintaining healthy competition between the two full-service caterers currently operating at the airport."

The statement went on to say a "third catering provider would negatively impact the quality and efficiency of the fresh food provision services for long-haul carriers," though it did not specify how. An airport spokesperson said that will form part of the authority's response to the application.

The Competition Bureau's application has been filed with the Competition Tribunal. The tribunal hears Competition Act matters and is comprised of Federal Court judges and lay members with expertise in areas such as finance and economics. The Vancouver Airport Authority has approximately six weeks to file its response.

An Air Canada spokesperson declined to comment on the matter.

A WestJet spokesperson did not provide a response to questions about the dispute.

Save your anger over the Air Transat news and pack one of these meals the next time you fly
August 23, 2016 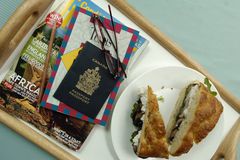 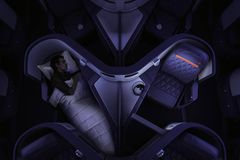