When B.C. sold the Expo lands to Concord Pacific more than a quarter-century ago, it agreed on a price that many thought was outrageously low: $321-million to be paid over 15 years for 83 hectares of prime waterfront land near downtown.

There was an uproar, with critics saying it was a giveaway, especially since the province was responsible for cleaning up the contaminated soil on the former industrial land. But British Columbia defended the agreement, in part by saying that the province would share in the profits if Concord got extra density on the site.

That little-known, almost-forgotten provision is about to become a reality, as Vancouver prepares to rezone the last section of Concord Pacific land in northeast False Creek.

And now, the city wants those profits – estimated in 1988 at as much as $33-million; worth far more than that now – to be put back into the area for affordable housing.

"I think the proceeds of this development should come back," said Councillor Geoff Meggs.

"The city's decision is going to produce a significant amount of value. We believe it should be invested in that area."

But a statement provided to The Globe and Mail suggests that is not going to be an easy negotiation.

"The deal was put in place in 1988 with the intention of providing future revenues to the province from the sale of land that was 100 per cent owned by the province," says the e-mailed statement from the Finance Ministry. "No decisions have been made. Spending decisions will be considered in the context of overall budgetary priorities."

The issue has come to light because of council's imminent decision on whether to tear down the viaducts, 50-year-old remnants of a never-completed city freeway that resulted in two elevated roads between downtown and east Vancouver.

The viaducts border and cross over some of the old Expo lands that are now owned by Concord.

The payments to the province are triggered when Concord exceeds 12 million square feet. The company is very close to that now and would have exceeded that limit with its final towers in northeast False Creek no matter what.

But if the viaducts are removed, it's anticipated Concord will get more density than what was in previous plans, making those bonus payments to the province much more significant.

A small section of the viaducts report going to council next week refers to the "participation mortgage" that Concord has with the province.

"The city intends to work with the province on options for the transfer of these public funds to the city," says the staff report, which refers to this provision several times.

The city's general manager of planning, Brian Jackson, said no one at the city has talked to the province yet about the issue "but we would love to speak to them about the idea of reinvesting this in affordable housing and daycare."

The agreement, a document attached to the land-title records for Concord's land, stipulates the company will have to start paying the province $10 per square foot for any density over 12 million square feet on the lands but below 13.2 million. Above 13.2 million, the rate was set at $12.50 per square foot.

However, those rates were subject to an indexed increase that is tied to the average increase in sales prices of Vancouver condos and single-family homes.

No one at the city was able to even guess what the bonus payments might end up being, but they are estimated as large enough that Vancouver wants a part.

This isn't the only issue the city will need to negotiate with the province if the viaducts are removed. There's also the problem of the toxic soil.

The province is 100-per-cent responsible for dealing with any of the toxic soil on the old Expo lands and has reached an agreement with Concord where in which the company will allow that soil to placed under the park Concord has to build.

But the city will also have to clean up its land. The viaducts report says that will cost $16- to $21-million.

Mr. Jackson said the city is hoping to come to an agreement with the province similar to Concord's to reduce the cost. 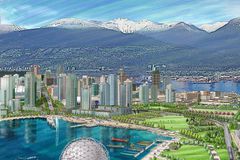 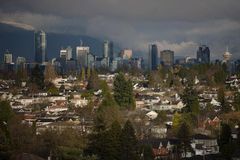 Vancouver renters being squeezed out by landlords’ ‘renovictions’
October 9, 2015