Scientists at the Vancouver Aquarium have sprung into action, as part of an effort to prevent an endangered frog population from becoming extinct in eastern British Columbia.

The Rocky Mountain population of northern leopard frogs plummeted by the millions in the 1970s, and only two populations are now known to exist near Creston, in B.C.'s West Kootenay region.

The aquarium announced Thursday its scientists have, for the first time in Canada, bred the species in an aquarium setting and created an assurance — or backup — population.

Dennis Thoney, the aquarium's director of animal operations, said officials plan to release about 2,000 tadpoles Monday in the Columbia Marshes near the east Kootenay city of Cranbrook, while maintaining a population at the aquarium.

He said the frogs are expected to become the third Rocky Mountain population of northern leopard frogs in the province.

"Frogs, in general, are facing probably the largest extinction since the dinosaurs right now," said Thoney. "Of the 6,000 species, a third to more are threatened or endangered now."

The frogs possess large hind legs with dark bars and are known for their pale under parts.

From nose to rump, the frogs measure between 5.5 and 10 centimetres, and have a distinctive call described as a "chuckling" or "gabbling" or even as a hand rubbing against a wet balloon.

Suspected causes for the decline include habitat destruction, water-quality changes, the introduction of new species like the bull frog, and the spread of a fungus carried by the African clawed frog, which at one time was injected with urine from human females as part of pregnancy testing, said Thoney.

The Committee on the Status of Endangered Wildlife in Canada has listed the population as endangered, and the provincial government has included it on its red list, which according to the Ministry of Environment means it's extirpated, endangered, or threatened.

"Animal diversity is precious to start with, but it's also important and all part of a food web," said Thoney.

"And frogs themselves are pretty important in that they feed on a lot of insects, including mosquitoes and everything else, and so they help keep those populations under control, but also they get fed upon by a lot of animals also, including various birds, like heron, or various mammals like raccoons."

Thoney said aquarium scientists have worked with other species, like the Oregon spotted frog, another endangered frog, but have been working with northern leopard frogs for about four years to create an assurance population.

"That's what our expertise is in: maintaining and breeding animals and holding animals," he said.

Thoney said the aquarium has been acquiring a few eggs each year, and this was the first year the frogs reached maturity to breed.

"I think it's a wonderful opportunity to reintroduce the northern leopard frog into the Columbia Marshes," said David Hillary of the Kootenay Conservation Program.

His organization worked with the regional district and the Columbia Valley Local Conservation Fund to generate seed money for the project, said Hillary who noted a contractor from Kimberley, B.C., will release the tadpoles.

The Columbia Marshes are the best-possible site to reintroduce the frogs and will give the amphibians the best opportunity for a viable population, he added.

Meantime, the aquarium will keep adults and tadpoles at the aquarium and will try to acquire a few more to maintain genetic diversity, said Thoney, adding the program is expected to last at least about 10 years.

"It's not inexpensive," he said, noting the program costs thousands of dollars. "Well, it's hard to put a price on a species, right?" 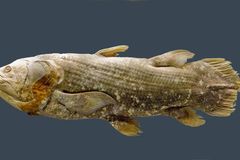 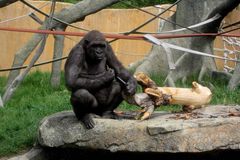