It is a warm weekday afternoon and about 150 people have filled the concrete stands around the open-air beluga tank at the Vancouver Aquarium. Among them is Elijah Grey, a shy but bright-eyed two-year-old still buzzing from the shark and penguin exhibits.

"We come here because it's a great place for him to learn," said his mother Silas, following the daily show from resident belugas Qila and Aurora. "They enjoy it, and they don't get bored. What a blessing it is to have these beautiful creatures here for us, and for our children, to learn."

While the aquarium is a cherished Vancouver institution for many, it has also faced intense scrutiny over the last year. That criticism reached its height last summer with a park board vote to ban the breeding of captive whales, dolphins and porpoises. With news this week that the aquarium is in the bidding to help run Europe's largest marine park, the microscope under which the aquarium has operated appears likely to remain.

An overview of the issues: 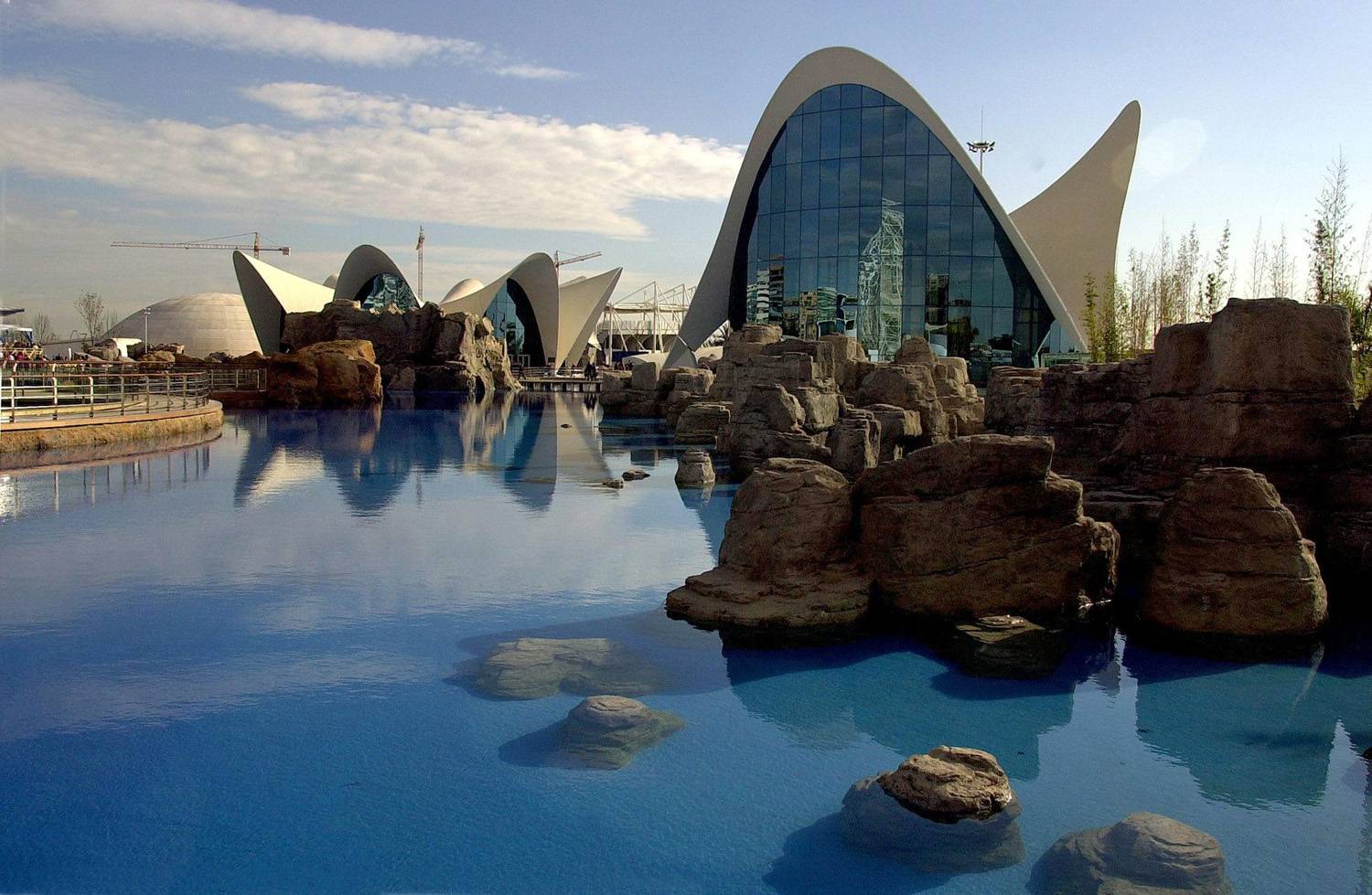 The Globe reported earlier this week that the aquarium, as part of a group called Avanqua, is bidding to operate L’Oceanogràfic in Valencia, Spain. Animal-rights advocates have expressed concern about the entertainment-driven nature of the facility, which is about five times bigger than the Vancouver Aquarium and where dolphins perform five shows a day during the peak season.

However, Vancouver Aquarium president and CEO John Nightingale told The Globe and Mail that should Avanqua win the bid, the group would work to better the living conditions of the animals at L’Oceanogràfic and bolster the educational components of animal exhibits. He pledged, for example, to end the facility’s practice of capturing animals from the wild.

L’Oceanogràfic would not be the Vancouver Aquarium’s first international endeavour: It also helped develop and operate for several years the Shark Reef Aquarium at Las Vegas’s Mandalay Bay, which opened in 2000 and hosted an exhibit at the Beijing Aquarium in 2008.

“We’ve worked with a couple aquariums in China and people have said, ‘Those folks aren’t very good. Why are you working with them?’ ” Dr. Nightingale said. “Well, how do they get better if we don’t help them?”

Annelise Sorg, founder of Vancouver’s No Whales in Captivity, said her group takes issue with the aquarium’s label as a non-profit association when it has such commercial partnerships.

“There should be a clear line between a non-profit and a commercial operation,” she said. “We feel that the aquarium has stepped over that line and is not being open and transparent to the public in regards to the kinds of commercial interests that they have.”

Dr. Nightingale said he was prohibited from disclosing how much the aquarium would earn from the L’Oceanogràfic deal. 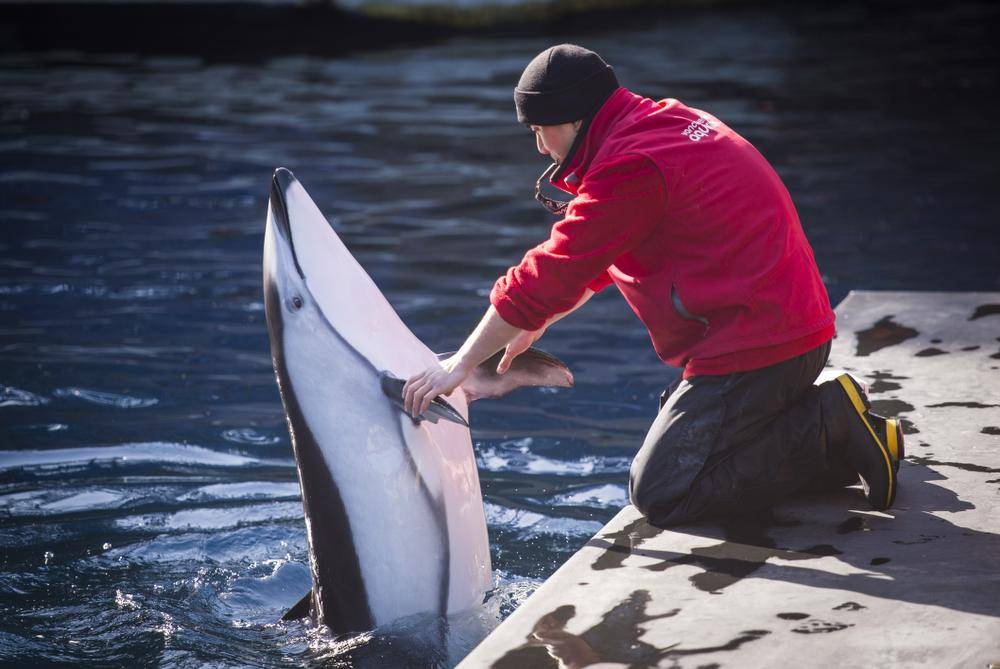 A Pacific white-sided dolphin during a show at the Vancouver Aquarium March 5, 2015. (John Lehmann/The Globe and Mail)

A chief concern among aquarium critics has been the keeping of captive cetaceans. The issue resurfaced last spring, when two park board commissioners, and later the mayor, voiced their opposition to the practice. In the following months, local and international activists entered the fray, arguing it was unethical to keep such highly intelligent marine mammals in captivity. Notable figures included world-famous primatologist Jane Goodall, The Cove director Louie Psihoyos and former SeaWorld trainers featured in the documentary Blackfish, all of whom wrote letters to the park board.

That debate, however, stalled with the election of a new park board in November. The proposed cetacean breeding ban – seen by some of the commissioners as a compromise – has not been enacted. The final motion by the last board requires the new board to review the matter in 2015 and direct staff to conduct further public consultation.

New chair John Coupar says the issue is a low priority for the NPA-majority board. However, Green commissioners Stuart Mackinnon and Michael Wiebe, along with lone Vision Vancouver commissioner Catherine Evans, have expressed a need for it to be addressed this year.

“Staff reports generally are at the will of the chair … but if he chooses not to, I, certainly, will be asking for it to be brought back,” Mr. Mackinnon said this week. 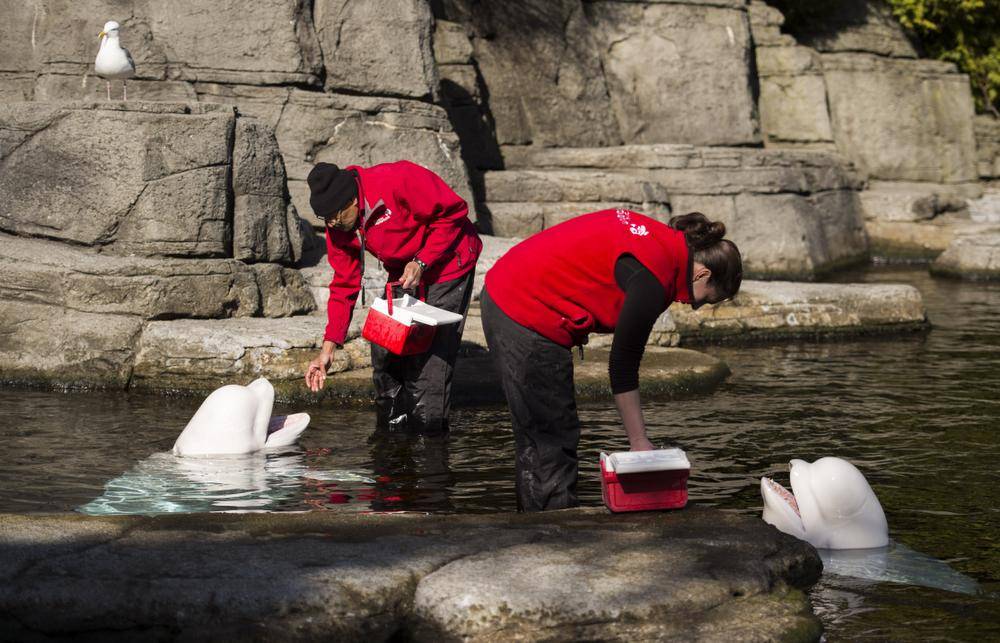 Beluga whales during a show at the Vancouver Aquarium on March 5, 2015. (John Lehmann/The Globe and Mail)

Vancouver Aquarium staff have defended the practice of breeding captive cetaceans by citing the need for genetic diversity. As the aquarium no longer captures from the wild and beluga rescues are unlikely for geographical reasons, captive breeding is the only way the aquarium can keep them, Dr. Nightingale said.

The issue was again thrown into focus two weeks ago, when Nanuq, a Vancouver Aquarium beluga, died while on a long-term breeding loan to SeaWorld Orlando. While SeaWorld said Nanuq was being treated for an infection associated with a fractured jaw – an injury sustained in an interaction with other animals – the U.S. Department of Agriculture’s Animal and Plant Health Inspection Service said there were no Animal Welfare Act violations that contributed to the death.

The Globe and Mail has previously reported that in one study, semen was collected from Nanuq 42 times and subsequently used for 10 insemination attempts with seven females, who were administered hormones to stimulate ovulation. This resulted in two pregnancies, one of which was twin calves.

The Vancouver Aquarium now owns eight belugas in all: two in Vancouver, two at the Georgia Aquarium and four at various SeaWorld facilities. Dr. Nightingale said the aquarium makes no money from the breeding loan program. Depending on the breeding loan agreement, generally every other offspring goes to each of the facilities involved.

Aaron Jasper, who was last term’s park board chair but has since left politics, said the aquarium did not sufficiently make the case for the need to breed cetaceans. “While I respect the rescue and rehabilitation work that they do … there is no viable or reasonable connection between their breeding program and all that other good work,” he said. 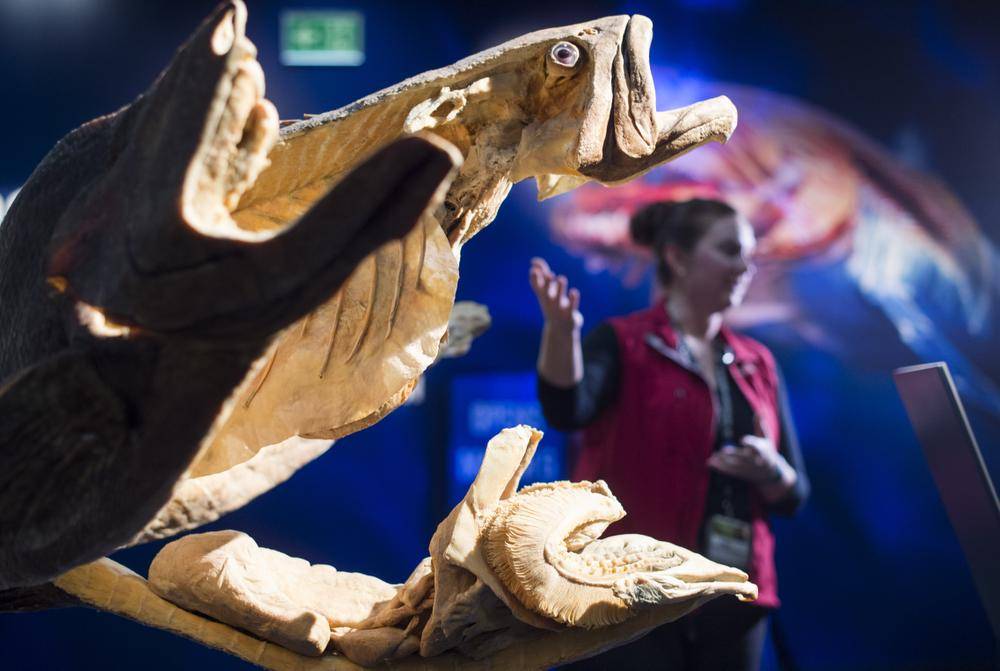 The insides and outsides of fish at the “Sea Monsters Revealed” exhibition at the Vancouver Aquarium on March 5, 2015. (John Lehmann/The Globe and Mail)

An independent report prepared for the park board last year explored the aquarium’s research, among other things. The report was written by Joseph Gaydos, chief scientist of the Wildlife Health Center's SeaDoc Society Program at the University of California, Davis.

Dr. Gaydos, in an interview, said it’s difficult to say whether the amount of cetacean research produced by the Vancouver Aquarium is significant. “We tried to provide the data from the different institutions with the hope that you could see that they weren’t producing what SeaWorld was producing, but they also don’t have the [same number of] staff,” he said, noting SeaWorld has operations in three different cities.

Of the 20 manuscripts, Dr. Gaydos wrote that 75 per cent were designed to provide benefit to wild cetacean management and conservation. The other 25 per cent, he said, were not directly applicable to wild cetaceans but were instead research specific to the captive care or husbandry of cetaceans.

The report said current or recent cetacean research involving the Vancouver Aquarium includes work on how belugas communicate, and how Pacific white-sided dolphins use echolocation to avoid becoming entangled in fishing nets. For the latter, Dr. Gaydos wrote that a researcher would record the dolphins as they “navigate around and between obstacles while wearing vision-blocking gelatine eyecups.”

“Almost everything we have learned about the physiology of how [aquatic animals] systems work have come from animals in human care,” Dr. Nightingale said.

Critics have questioned some of the aquarium’s research. Mr. Jasper, the former park board chair, wondered what it was ultimately for. “Unless you’re going to do something with this knowledge … unless you’re taking that data to show elected officials that the policies they’re contemplating are going to have a negative impact on these animals, then is it nothing more than just window dressing?”

Research posted on the aquarium website includes a study in which an electric deterrent system was used to stop Pacific harbour seals from preying on sockeye salmon, as well as two other studies in which floating domes were placed over cetaceans to measure metabolic rates.

The seal study, which was led by the Pacific Salmon Commission, says a low-voltage electric gradient was used to deter seals from foraging in a test fishing gill net in the Fraser River. The study says initial tests were conducted with captive seals at the aquarium, and later with wild seals on Vancouver Island. The study’s protocols were approved by animal care committees at the aquarium and Fisheries and Oceans Canada. None of the animals were injured.

The studies on metabolic rates were led by researchers at the University of British Columbia and involved one beluga and three dolphins. The cetaceans were trained to rest under the floating dome, but data for one of the dolphins was discarded after it appeared too nervous during tests. The studies were approved by animal care committees at the aquarium and UBC.

Andrew Trites, who was an author for both of the metabolic rate studies, in an interview said they yielded important findings.

“The idea of measuring metabolic rates is to understand what are the food requirements of, in this case, beluga whales and Pacific white-sided dolphins,” he said. “Animals need energy just to take care of basic cellular physiological functions and so we measure their resting metabolism.”