Its churches may be watched over by patron saints and guardian angels, but the Catholic Archdiocese of Vancouver has decided to turn to engineers for increased protection from earthquakes that have long threatened the West Coast.

In a statement that was released on the weekend, Archbishop Michael Miller announced that all the parishes in Metro Vancouver have been asked to "renew or rebuild their schools, churches and other buildings to meet the latest earthquake codes."

The archdiocese did not have a cost estimate immediately available, but with more than 30 schools and 50 churches in Metro Vancouver, the seismic upgrades can be expected to cost hundreds of millions of dollars.

"Over the past 20 years, we have spent $250-million on various building projects. If we continue [spending] at that pace, we'll be on track to meet these challenges," said Archbishop Miller.

As part of the upgrade program, the archdiocese will be working with the University of British Columbia's department of civil engineering to put earthquake warning devices in schools and churches.

"By equipping buildings with P-wave sensors, schools can get a brief early warning when an earthquake is imminent and also receive technical data on the safety of a building following an earthquake," said the statement released by the archdiocese.

P, or primary waves, are the fastest of four types of shock waves released by earthquakes. P waves rarely cause any damage and because they travel twice as fast as the next fastest shock wave, they can trigger sensors that provide a warning of 10 to 60 seconds, depending on the distance from the epicentre.

Archbishop Miller said the use of the sensors will make the archdiocese "a leader in Canada when it comes to seismic preparedness."

Paul Schratz, a spokesman for the archdiocese, said the seismic review was launched about two years ago, shortly after Archbishop Miller moved to Vancouver and took note of a $1.5-billion upgrade the government was doing to B.C.'s public schools.

"He established a task force and … we had engineers from [international engineering firm] Ausenco go to visit every one of our buildings and the reports have just come in," Mr. Schratz said Sunday.

He said the overview found that the newer buildings are, for the most part, in good shape, but the older structures – and some of the churches date back more than 120 years – may be at risk.

"Basically anything that's been built since 1990, when the new building code came in … is seismically fit. Anything before then – those are the ones we'll have to take a closer look at," said Mr. Schratz.

Father Glenn Dion, Rector of Holy Rosary Cathedral, one of Vancouver's oldest and most beautiful churches, said he doesn't yet know what work will have to be done on the building, which was constructed in 1899.

He said the Gothic stone cathedral, which features towering stained glass windows including one featured on Canada Post Christmas stamps, is a solid and safe structure.

"The buildings are all safe as they are, but in a big earthquake moment, that's another question," he said. "There are concerns about what happens to buildings if there's a great big shake."

Father Dion said he has faith the parish will raise the money it needs to do the seismic upgrading.

"It becomes doable when you think how many people are taking part," said Father Dion, who earlier in the day had looked out at packed pews in the popular downtown church. 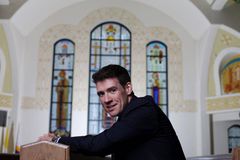 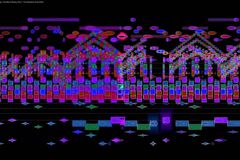