The Vancouver area will see $740-million in transit improvements over the next three years under a deal finally hammered out between the federal, provincial and municipal governments.

The agreement, which clears the way for the first phase of spending as early as the fall, will be announced Thursday by Prime Minister Justin Trudeau and B.C. Premier Christy Clark. But it required some grim pragmatism from area mayors.

The province had been at a stalemate with civic leaders for weeks, with the mayors arguing they should only have to pay 10 per cent of the cost of the deal. After the federal government announced it would pick up half the cost, municipalities wanted the province to take on a 40-per-cent share.

But the province wouldn't budge, so rather than risk the entire deal falling apart, the cities agreed to contribute 17 per cent with plans to continue negotiating with the province for the second phase.

Mayors decided the extra costs weren't worth risking the substantial dollars already on the table from the federal Liberal government.

"We can hold the line and see those federal funds disappear," District of North Vancouver Mayor Richard Walton said. "We've put forward what is needed. This gets a lot of things going."

Mr. Walton is one of a group of six local mayors who have been working on ways for the cities to come up with their part. The mayors' council has been invited to the announcement Thursday.

The agreement will allow Metro Vancouver's transit authority, TransLink, to order new rail cars from Bombardier for SkyTrain, which the agency needed to do by fall if it wanted to exercise an option to get them at a lower price and quicker delivery time of two years.

As well, engineering and planning work will get started for Surrey's three light-rail lines and the extension of the Broadway subway in Vancouver.

It won't allow the transportation agency to order new buses, because there is no operating money included for them in the $740-million first phase.

The federal government is expected to announce the second, seven-year phase of transit funding next February.

"We have locked down a commitment to move forward with Phase One," he said.

"We're getting on with some pretty important upgrades of existing infrastructure and service, and the dollars for planning that [are] required for Phase Two."

Thursday's announcement is part of Mr. Trudeau's two-day visit to B.C., where his team will also meet with a group of local real estate and housing experts to get information about the region's increasingly challenging market.

He will also visit a high-tech office to promote the city's digital jobs. But the Prime Minister won't be having any formal talks with anyone here on the region's opposition to pipeline expansion, according to various people with knowledge of his itinerary.

The transit-funding announcement is one of a series expected across Canada this month, after Mr. Trudeau campaigned last fall on bringing transit to major cities, especially Vancouver, Surrey, Edmonton and Calgary in the West.

Mayors across the country were thrilled when the new government announced in its February budget that it would provide 50 per cent for transit infrastructure. That is significantly more than the one-third that previous federal regimes had given.

But the issue has been a tough one in B.C., because Lower Mainland mayors and the province have been scrapping for 15 years about who should be contributing what to the cost of regional transit.

A month ago, in an effort to come to an agreement in order to get the federal dollars, mayors made major concessions.

They offered to increase property taxes by $3 on average, increase fares by 2 per cent, contribute $100-million worth of profits from land sales, and add a new charge on developments that would be dedicated to transit.

In return, they asked the province to contribute $50-million of the carbon-tax revenues collected from local residents, which now goes to give rebates to residents outside the Lower Mainland, and a promise to move toward mobility pricing to pay for transit. (Mobility pricing can mean a lot of things, from tolls to zone charges to mileage charges or a combination.)

They also asked B.C.'s Community Minister Peter Fassbender to commit to one-third funding for all 10 years of a transit plan the mayors have developed for the region, not just the first three.

That hasn't happened, but Mr. Walton and others said the mayors will continue to negotiate.

The formal agreement between the province and federal government won't get signed for eight weeks.

Cities and provinces will have to hunker down again in the fall to agree on who will contribute the matching dollars for Phase Two of Ottawa's plan.

"It's a long, long road. We're still not in sight of what we want. But this is a small, critical step," said Mr. Walton. "And we really do appreciate the federal government stepping up." 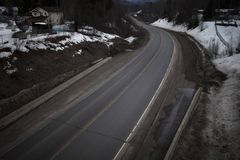 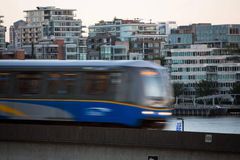 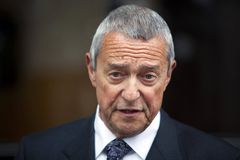