A woman who was mauled to death by a lioness in South Africa was a Vancouver-based visual-effects editor on a volunteer mission to protect wildlife, her family says.

Kate Chappell, 29, was a "brilliant, kind, adventurous and high-spirited" woman, according to a post on her sister Jen's Facebook page.

"Her energy and passion could not be contained by mere continents or oceans. She was very much loved and shared her love for life with those she met," the post read.

Ms. Chappell worked on blockbusters including Godzilla, Captain America: The Winter Soldier and Divergent, and contributed to a 2014 Game of Thrones episode that won an Emmy, according to her profile on IMDb.

She grew up in the New York suburbs and spent the past year in Vancouver working for a special-effects company, her mother Mary told The Journal News.

Her profile said she had worked for Scanline VFX, a company with offices in Vancouver and L.A. The company declined to comment.

Mary said her daughter, whose full name was Katherine, travelled to South Africa to work for two weeks as a volunteer at a reserve dedicated to rhinoceros and elephants. She had hoped to make a movie about animal poaching, her mother said.

"She lived a life of adventure. She loved travelling, she was full of life," Mary said.

In a fundraising appeal posted on the GoFundMe Web site 12 days ago, Ms. Chappell said she was raising money for Wildlife ACT, which works with various reserves in South Africa dedicated to protecting and conserving animals.

She wrote that she will be taking on such responsibilities as helping rangers in tracking and monitoring animals, setting camera traps and participating in poaching-prevention techniques.

"I am going to contribute all I can to help these endangered species that are threatened by civil war and unrest, human conflict and poachers," she writes, suggesting the goal is make sure such animals as rhinos, cheetahs and African wild dogs remain healthy in the environment.

"It will be a very sad day indeed when the only place you can see a rhino is in the zoo."

Twenty people had donated $1,115 as of Wednesday.

Ms. Chappell had visited Japan, Australia and Europe as well as Africa, she said.

A memorial service for Ms. Chappell will be held Saturday in her hometown of Rye, N.Y., according to her sister's Facebook post.

Gene Guarino, director of the Graham Funeral Home, confirmed to The Associated Press that Ms. Chappell was the victim in Monday's attack at Lion Park, north of Johannesburg.

The park allows tourists to drive through the preserve where lions roam. A park official told The Associated Press the woman was taking pictures through an open window, even though visitors are ordered to keep windows closed, when the lioness lunged.

The driver, believed to be a local tour operator, was also injured and hospitalized.

South African media have reported that a lion bit an Australian tourist who was driving through the park with his windows open and a cheetah attacked a teenager who cut through the park on a bicycle.

The park official said the lioness would not be killed, but was kept away from tourists after the attack.

Ms. Chappell leaves her parents, two sisters, a brother and a brother-in-law. Don’t let the YouTube videos fool you. Wild beasts are not cuddly
July 4, 2013 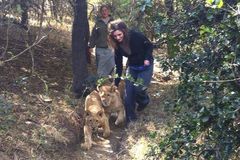 Couple in B.C. cougar mauling open up about being stalked and attacked – and fighting back
October 29, 2013 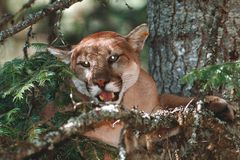