And, since he lives in a condo on Richards Street near Robson, he mostly walks to shop, eat out, or entertain himself, so downtown traffic congestion doesn't mean much to him. He's mainly affected when he comes back to the downtown from a business trip and there are line-ups to turn off Hornby caused by the new turning restrictions.

But Mr. Szajman, a 57-year-old marketing consultant, is still spitting mad about the 36 blocks of concrete-separated lanes that the Vision Vancouver council installed in the central city over the past six years.

"In the fall and winter, the lanes are empty. But the mayor and his Vision Vancouver party just wanted to make this the 'greenest' city, whatever it took," said Mr. Szajman.

And the lanes, he believes, are part of various city initiatives that have encouraged cyclists to behave badly.

"They're worse these days because they think the city's on their side."

Mr. Szajman is not alone. All across the city, there are people whose blood pressure visibly rises as they talk about bike lanes, even though they may live nowhere near one.

To bike-lane fans and, even to casual observers, the anger seems to be far out of proportion to any actual inconvenience.

Bike lanes are a thorny issue that the current Non-Partisan Association (NPA) team, in its fight with Vision, is going to have to navigate in the civic-election campaign of the next 10 weeks.

The hostility to bike lanes and the people who use them – which has also erupted in many other cities, from Portland, Oregon, to London, England – is so noticeable that it has generated a cottage industry of analysts trying to understand why bike lanes and cyclists generate such intense opinions.

In BBC Forum, writer Tom Stafford used complex psychological theories to argue that drivers resent cyclists because they see them as breaking "the moral order of the road." They're seen as not following the rules that drivers do as part of the collective effort to avoid social chaos, so they generate resentment because they're seen as "free riders." The sense that cyclists are getting benefits, money and road space, out of proportion to their numbers is part of that.

So far, NPA mayoral candidate Kirk LaPointe has been steering a cautious line, saying there are better ways to create bike infrastructure than Vision's approach – details on his new ideas to come.

One: Bike lanes are easy for everyone to have an opinion on. "It's not a very complex issue and it's relatively insignificant, so it's safe to have an extreme opinion," he said.

Two: He thinks there's something deeper at work. Cyclists and their efforts to promote cycling make non-cyclists feel judged and inadequate.

"Cycling is a personal initiative that allows people to keep fit, pollute less, and save money. Those are all related to difficult issues that provoke anxiety," said Mr. Price. Bike lanes are a visible finger-wagging reprimand that "you're not keeping fit, you're not polluting less, you're not saving money."

That particularly seems to enrage older men, he said. Public-opinion polls bear that out. In the last poll Mario Canseco did on the issue for Insights West, men were more likely than women to oppose bike lanes (38 per cent vs. 28 per cent) and the highest level of opposition came from people over 55 (41 per cent of people over 55 were negative about bike lanes, compared to 33 per cent in the general population).

Both Mr. Price and Mr. Canseco believe that it's a losing proposition, based on those numbers, for the NPA to make bike lanes an election issue.

"They certainly want to take advantage of that animosity," said Mr. Price. But he has been warning the NPA that they'd be making a mistake if they did something like, for instance, committing to take out the Point Grey Road bike route that was built over the past year.

"You don't want to do that," said Mr. Price, "or you will end up with another set of people in front of your bulldozers."

Explore Victoria by pedal, foot or paddle to get a taste of local life
August 4, 2014 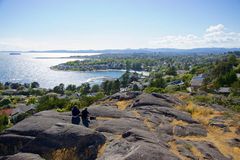 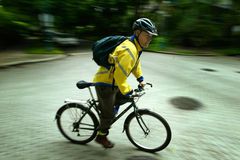