The Vancouver Board of Trade is calling on the B.C. government to create a new provincewide strategy that would embrace new transportation services such as Uber and Lyft, while also protecting the traditional taxi industry.

The board outlined several recommendations in a report released Wednesday, throwing its support behind Uber – a service that is popular across North America but whose entry into the Vancouver market and elsewhere in the province remains stalled. Board president and CEO Iain Black said the recommendations are intended to guide a thoughtful and comprehensive approach to the service's "inevitable" entry.

The recommendations include developing provincial safety standards for what's become known as ride-sharing, rather than simply attempting to apply existing taxi regulations; directing the Insurance Corp. of B.C. to develop insurance that is applicable to both ride-sharing and taxi industries; and modernizing the Passenger Transportation Act to be more accommodating of new transportation models.

They also include a regional licensing structure that would allow, for example, taxis to pick up and drop off across municipalities, and the issuing of more taxi licences.

Mr. Black pointed to the City of New Orleans as a potential model to follow. On Tuesday, New Orleans released findings that, since ride-sharing options were introduced last year, the total number of people using for-hire transportation increased without significant impact on the taxi industry. In 2015, there were 1.2 million ride-sharing trips and 2.8 million traditional taxi trips – the latter of which decreased by only 150,000 rides from the year before, which can be attributed to normal market fluctuations, the city said.

Board of trade ride-sharing paper

"The overall demand for these types of options went up," Mr. Black said.

"The taxis did not get hurt, as reported by the folks in New Orleans."

"That only happens, however, if you do this properly and make sure you are not setting up your taxi industry to fail, that you are actually taking advantage of this shift in technology … and using that instance to also modernize [regulations] that, frankly, are [suboptimal] as they exist at the moment," Mr. Black said.

Uber has launched in cities across Canada, often against the wishes of local governments, but has yet to enter British Columbia on a large scale. It launched its black-car service briefly in 2012 until it faced resistance from regulators.

The provincial government has previously taken a firm stance against Uber, but that has appeared to soften in recent months. Premier Christy Clark has acknowledged Uber's entrance into the province is inevitable, and a candidate from the governing Liberal Party ran an unsuccessful by-election campaign earlier this month by promising to support ride-sharing.

Peter Fassbender, the minister responsible for exploring how government will regulate the so-called sharing economy, said he'll look at the Board of Trade's proposal, but any changes have to respect existing industries.

"We're going to be talking as a government to the taxi industry, to the drivers, to local governments, to interested parties like the Board of Trade," he told reporters in Victoria.

"That's why we are not rushing, we are taking a very pragmatic approach, we want to hear all of those inputs."

Mr. Fassbender would not say when he expects to decide how to approach the regulatory issues needed to respond to this emerging sector.

"The bottom line is we want to do it right and we want to make sure we have a made-in-B.C. solution … that respects existing industries, that ensures the public is protected in whatever decisions are made."

Transportation Minister Todd Stone said he is particularly concerned that the livelihood of taxi drivers not be threatened by any changes.

"We want to make sure any changes that are considered, first and foremost take into consideration the investments that have been made in existing industries, the jobs – the hundreds if not thousands of jobs that exist around the province in the industry today – and balance that with other ideas and new technologies that are emerging."

Susie Heath, an Uber spokeswoman based in Toronto, noted that Metro Vancouver remains the largest North American metropolitan area without ride-sharing and said the company is encouraged by the board's call for new provincial regulations.

More than 100,000 British Columbians have signed up for Uber or have downloaded the mobile app despite the service not yet operating, according to the company. 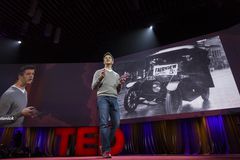 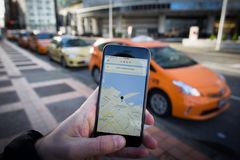 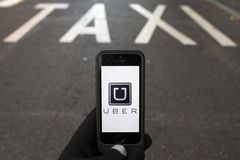