If you participate in any form of social media, you've probably heard of Godwin's Law: that inevitably, if any Internet discussion goes on long enough, someone will compare something to Hitler.

There is, I think another law: that defending the indefensible on Twitter will get you trending.

I'm talking about the unseemly war of words that erupted this week involving Vision Vancouver school trustee Patti Bacchus and the Non-Partisan Association's Ms. De Genova. At the centre of the skirmish is Randy Rinaldo, who only sounds like a magician. He is, in fact, the newly minted B.C. Liberal candidate for the riding of Burnaby-Lougheed.

A series of four-year-old tweets came back to haunt Mr. Rinaldo this week. The tweets have been well-circulated and commented upon. To boil it all down, Mr. Rinaldo thinks irresponsible parents who lack culture cause child poverty, that the Liquor Distribution Branch should be privatized to get rid of unionized workers, and that Roma people are rapists.

At least that's what he used to think. In an "unreserved apology" issued Thursday on Twitter, he wrote of his previous posts: "They were insensitive and don't reflect the person I am today."

For their part, the B.C. Liberals say they have a thorough candidate-vetting process, that Mr. Rinaldo had disclosed the problem tweets and that he is a strong candidate and a defender of free enterprise. Some Twitter users noted with amusement on Thursday that roughly 50 per cent of Mr. Rinaldo's tweets had been deleted over a 24-our period after the revelation, suggesting that some of that "thorough vetting" took place after the fact.

All of this began with Ms. Bacchus posting a tweet from an exchange she had had with Mr. Rinaldo in 2012, with the message, "Just leaving this here." His tweet read, "Child Poverty is a cultural problem, not a system problem, many people out there shouldn't be having kids. #irresponsible."

Ms. Bacchus told CBC, "I looked at the exchange we had on child poverty, which I believe to be a very serious problem in this province. We are still the last province not to have a poverty-reduction strategy so it's very much a provincial political issue in my opinion."

A follow-up tweet read, "Randy is a great person. I support him. He has clarified his comments as they were misinterpreted."

Then it got weirder, with Ms. De Genova tweeting about an encounter with Ms. Bacchus at a restaurant in December of 2014, just after Ms. Bacchus was voted out as school board chair. "I can't believe u chaired school board! Enjoyed watching u cry into ur drink at Cactus after u were unseated #meangirl #novision," she wrote. That was followed by, "I was one table over. Your mean comments re ur fellow green/NPA trustees voters + fowl [sic] language were NOT CLASSY!"

Ms. Bacchus replied, "Wow, keep it classy @NPAVancouver. This is how you defend your support for @RanRinBC? Good grief."

Then, "Yes, I saw you at the next table. I was having dinner with my daughter and her friend. No "fowl" language I assure you."

Ms. De Genova conceded in later tweets that Ms. Bacchus was in fact not crying, but she was most definitely sulking. She continued to defend Mr. Rinaldo suggesting that being limited to 140 characters is what led to the "broken sentences and misrepresentations" contained in his tweets. (That set Twitter alight.) And she chastised Ms. Bacchus for attacking "an immigrant and + great person." (Mr. Rinaldo was born to Italian immigrants.)

And then boom: @MelissaDeGenova was trending in Vancouver. Not in a good way, but hey, trending is trending.

Ms. Bacchus has dismissed the entire incident as "bizarre."

When I reached Ms. De Genova for comment, she said: "I got caught up in the twittersphere." She said she is passionate about getting more young people – especially millennials – to enter the political arena. It was a point she repeated several times.

Hence her defence of a youngish candidate? I'm guessing. She never said it. When I asked her whether her tweets were likely to lead more young people to pursue a career in politics, she saidthat's what it's all about for her., and again, ever more breathlessly, that she is passionate.

Since she wouldn't answer the question directly, I will.

Do exchanges like these inspire young people to take up politics?

Oh, and just so we're clear, her tweets are her own. 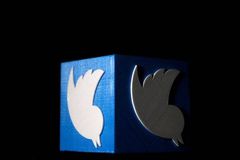 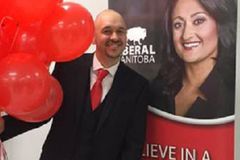 How should we treat politicians who screw up on social media?
August 21, 2015