Vancouver councillors shouldn't be afraid to reduce the size of a tower proposed for a historic neighbourhood if approving the project as is would turn residents throughout the city against density, the city's former planning director says.

And, said Brent Toderian, councillors should make it clear when they deliver their decision on Tuesday how they see new buildings fitting into established areas if they hope to encourage city residents to welcome density.

" 'How big is too big' really is the key urban-design question as we seek to implement 'density done well' across the city," Mr. Toderian said on the eve of a decision that follows one of the longest public hearings the city has had in a couple of decades. "You can't be reluctant to talk about it. Density done well leads to successful densification, density done poorly leads to densification being justifiably opposed."

At issue is a project on a key city block near the main intersection of Mount Pleasant, Broadway and Kingsway. The Rize project includes five pieces: two storeys of retail, and four residential buildings projecting from it, two at five storeys, one at nine and one at 19.

That last one, at 215 feet, would be unremarkable in the city's glass-tower-filled downtown, but has provoked huge opposition among residents of this neighbourhood characterized by midrise buildings, older and newer red-brick ones, and early 20th-century houses.

Some of the 130 speakers at the public hearings opposed any development in the area, saying it would lead to gentrification and drive out the neighbourhood's low-income residents.

As many others said they welcome new development – just not the Rize's height and design, which they say does not fit the area's character.

On the other side, the developer says the building would do everything the city wants. It would provide housing on heavily used transit routes, and it is on one of three sites that a recently finalized community plan identified as ideal for higher density.

"I think this is going to be approved because it is the right thing to do," said Rize's vice-president of development, Christopher Vollan. "It would be very difficult for council to say this doesn't fit with their sustainability goals."

In return for extra density, the developers would contribute $6.5-million to the city to be used for artist spaces and affordable-housing projects in the area.

Opponents are equally certain that councillors have to reject it or request modifications if they hoped to maintain community trust.

"This is a really important precedent in terms of respecting local character," said Lewis Villegas, an urban-design specialist who has been working with the Residents Association of Mount Pleasant. "I think council is not going to accept this straight down. I think they have to put changes in."

The Mount Pleasant residents' group is insisting that the building should be kept to about 70 feet – the same height as the 1912 Lee Building, which dominates the intersection now.

They are also concerned about a plan to put a 34,000-square-foot retail space on the second floor, which would mean having to find a way for semi-trailers to get to the building, which is next to the city's most heavily used bike route.

Other speakers said they thought the project could keep the same density, but be redesigned without towers.

Mr. Vollan said his group, working with the respected architecture firm of Acton Ostry, opted for the towers because they thought it would be "less blocky" and have less negative impact than a giant 13- to 15-storey building that would have covered the whole trapezoidal block. 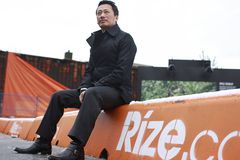 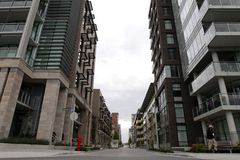 As hotel becomes newly hip, so too goes the neighbourhood?
December 1, 2010
Follow Frances Bula on Twitter @fabulavancouver
Report an error Editorial code of conduct
Due to technical reasons, we have temporarily removed commenting from our articles. We hope to have this fixed soon. Thank you for your patience. If you are looking to give feedback on our new site, please send it along to feedback@globeandmail.com. If you want to write a letter to the editor, please forward to letters@globeandmail.com.
Comments