An energetic push to get many more bike lanes into Vancouver's core business area in the next five years has one councillor saying it's taking away too much car space too fast – especially since there aren't likely to be any big improvements in transit soon.

But city staff and supporters say the failure of the transit plebiscite, which means no new money for improvements, is perhaps a good reason to push hard on more options for cycling and walking.

Those arguments will underpin the debate at Vancouver city hall Thursday as council members vote on whether to endorse a five-year vision for a significant new expansion of bike lanes downtown and around the city's busy Broadway business district.

The five-year vision includes plans to put new cycling lanes on the Burrard, Granville and Cambie bridges, as well as creating or improving lanes on several streets downtown, all along 10th Avenue next to Broadway, and around Commercial Drive.

"It seems as if they're speeding up the process. But until you have the transit in place, it's hard to expect people to get out of their cars," said Non-Partisan Association Councillor George Affleck. "I don't know what the big rush is."

Mr. Affleck pointed out that, between the city's recent decision to take down the viaducts, which provide a commuter route from east Vancouver to downtown, and the plan to convert three lanes out of the north-south bridges crossing False Creek, drivers coming downtown will lose six lanes.

"But there's no transit to get onto. The Expo line is maxed out. So is the Canada Line."

However, the executive director of Vancouver's downtown business group said the lack of improved transit is an argument for a better cycling network.

"In the face of the failed transit referendum, I think the city has to do this," said Charles Gauthier of the Downtown Vancouver Business Improvement Association.

Every person who commutes by bicycle is someone not on transit or in a car and that helps ease the congestion, he said.

His business members, who were once adamantly opposed to separated bike lanes downtown, are now mostly telling him that it's what their employees want and it's the way of the future.

The city's report says that cycling has increased by 16 per cent in the last year, while trips across the Burrard Bridge went from a million to 1.4 million a year since a new route connecting the bridge to west-side beach areas was finished in 2014.

"We really do need to respond to the greater demand."

As well, he said, a cycling-safety study indicated that some parts of the bike network, like the already well-used 10th Avenue route and cycle-lane-free Commercial Drive, have high numbers of crashes and that needs to be addressed.

Mr. Bracewell said staff deliberately focused on the city's core business districts because that is where most cycle commuting is concentrated.

As well, the new five-year cycling plan has added routes that were requested when community plans were developed in areas such as like Marpole.

Mr. Bracewell stressed that none of the routes has been designed or finalized. That will happen only with community consultation.

But the staff report that indicates a new, separated bike lane on Commercial has businesses there worried that city staff are fixated on putting in something, no matter what the consultation says.

"We are always supportive of enhancing cycling infrastructure, but we already have two cycling routes nearby. If we need a third, we'd recommend Victoria Drive," said Carmen D'Onofrio, president of the Commercial Drive Business Society.

He said the street, which has more than 500 businesses and an eclectic mix of groceries, cafes, secondhand furniture stores and clothing retailers, has a unique dynamic that could be ruined if it is rearranged.

"Once it's changed, it's going to be extremely difficult to get it back. A lot of these businesses, they're scared." 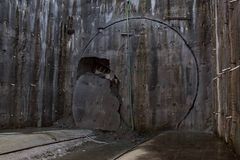 Road pricing could be the next step to fund transit in B.C.
November 19, 2015 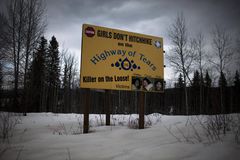