The most remarkable sight along Vancouver's East Hastings Street this week might be no sight at all.

For years, the stretch between Carrall and Columbia Streets has served as a semi-permanent vendors' market for the city's poor. Along the crowded north sidewalk, pedestrians usually have to weave through vendors hawking various goods laid out on display: phone chargers, clothing, DVDs.

At any time, there are typically 200 people hanging around the unit block. On Wednesday, there were none.

The City of Vancouver has for years sought to clear the illegal street market, but it was only this week that it seems to have succeeded. Starting on Monday, Vancouver police, executing the city's recent directive to close the market, asked vendors to relocate to a city-sanctioned site across the street at 62 East Hastings should they wish to continue vending. On Tuesday and Wednesday, pairs of police officers patrolled the area to ensure vendors did not return, though the city said officers would not be issuing tickets.

Vendors and local residents link the timing of the order to the development of two projects nearby: Sequel 138, a mix of private condos and rental units, and a 14-storey mixed-use building from the Atira Development Society.

Vancouver city councillor Andrea Reimer said the impetus for the move came directly from vendors who have long sought a more permanent space to conduct what for many is "survival street vending." Notable steps in recent years include the creation of the formal (and legal) markets by Pigeon Park on Sundays and at 501 Powell Street on Saturdays. The 62 East Hastings site, while small, is open Monday to Friday.

"The community is the one that helped the city understand that … it is an important source of income for people who are living with ridiculously inadequate social assistance from the province and skyrocketing housing prices," Ms. Reimer said.

"It's also an important gateway to future employment; it's an opportunity for people through, some autonomous and em-powered activity, to have some dignity as well as make some income."

Vendors who spoke with The Globe and Mail on Wednesday had mixed opinions on the move. For example: Roland Tayag, a vendor of two years acknowledged that the unit block of Hastings Street had become an eyesore and said some organization and permanence is welcomed.

Virgil Dawson, while happy to relocate to the sparse 62 East Hastings site, lamented the loss of a sense of community that came with the original setup.

"It's kind of sad that I don't see the people out there any more," he said. "It's like having some family over and then they all leave. That's what it feels like."

Jason Phillips, a vendor of 10 years, is concerned that a shortage of legal vending space might turn cash-strapped people to crime.

Ms. Reimer said the city is monitoring the transition and is open to expanding sanctioned vending sites if needed.

Doug King, a lawyer with the Pivot Legal Society, supported the creation of additional sanctioned vending spaces but expressed concern over the possible displacement of people who not only sold items on the unit block, but slept there as well. A B.C. Supreme Court judge had recently ruled that homeless people have a right to camp on public property when there is not enough shelter space.

Mr. King also noted that the problem is not solved, but moved.

"We didn't get rid of it; it's just not visible the way it used to be," he said. "You don't get rid of poverty just by telling [people] they can't be on the block any more." 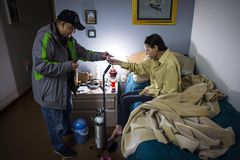 Community groups search for space as real estate market squeezes them out
October 30, 2015 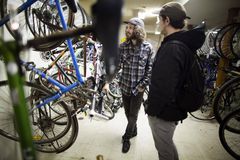 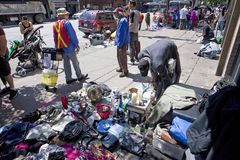