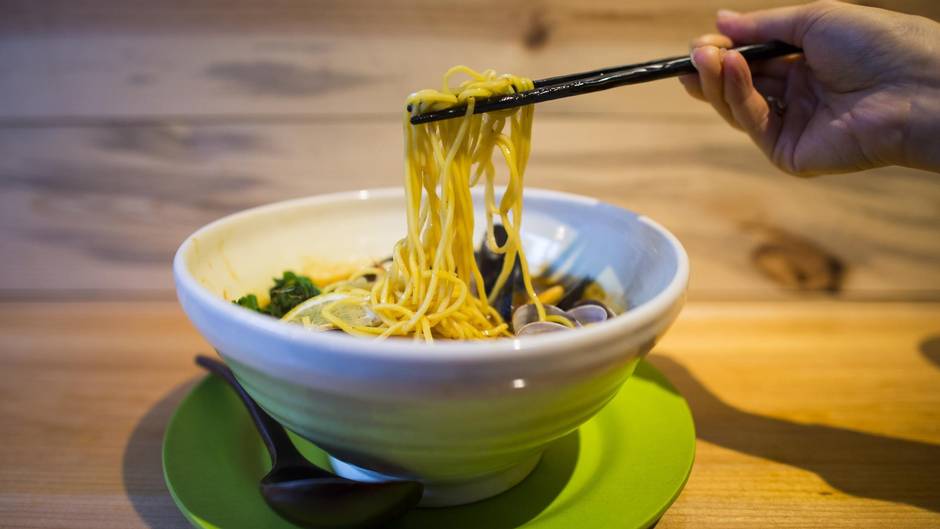 Vancouver was ahead of the Asian-hipster curve long before David Chang built his Momofuku empire on bacon-fortified ramen. Be it ramen, sushi or Cambodian butter beef, Vancouver’s Asian flavours were, more often than not, clean, balanced and true to their origin. That’s not necessarily the case any more. In the past year, several Asian-inspired restaurants – all fashionable in their own way and extremely popular – began dishing out flabby, unsophisticated, dumbed-down junk food: Gyoza Bar stuffed tasteless braised beef into rubbery deep-fried dough and glazed it with bland jalapeno-soy sauce; Bao Down loaded greasy kimchi fries with heaps of garlic mayo and pork belly; Sai Woo tried to pass off salmon-roe-flecked curry pastrami and oily gai lan as Chinese-Canadian cuisine; while Kin Kao served pretty much every Thai dish on its menu with a distinctly murky, fiery, funky lack of balance. Let’s hope this is just a passing fad. 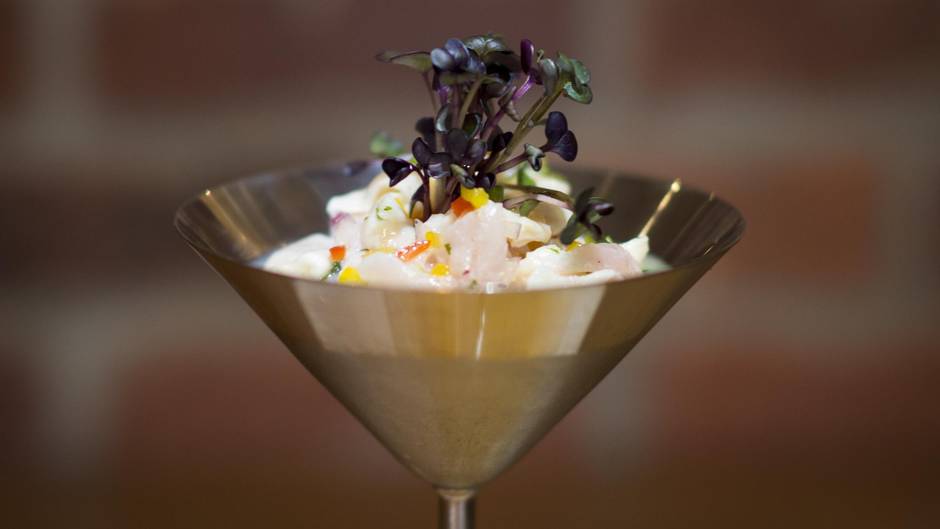 One of the strangest things about the Vancouver dining scene is its shortage of Western seafood restaurants. Though there are plenty of excellent Chinese and Japanese seafood restaurants, it was hard, until recently, to find a casual restaurant that specialized in simply grilled fish and steamed shellfish. This is beginning to change: WildTale Coastal Grill has filled a gaping niche with its extensive fresh sheet; Supermarine reaches beyond the same-old halibut and salmon with chicken-fried skate fish and brandade bruschetta; and now, after a false overcomplicated start, Beach Bay Café has scaled back to more neighbourhood-style fare and reopened the old Raincity Grill fish-and-chips takeout window. 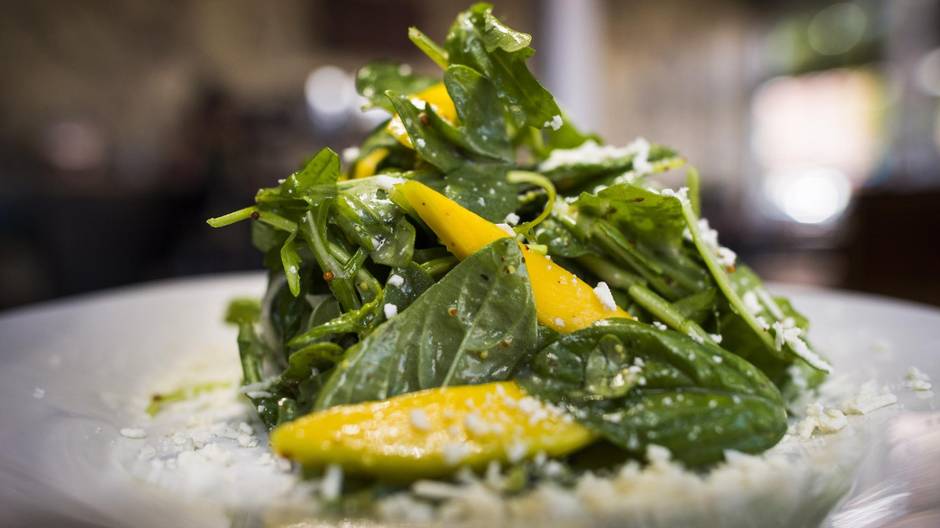 The summer salad is tossed with garden-grown arugula creamy ripe mango and snappy jicama from The Heatley.

The look: Ola Volo is the new “it” restaurant illustrator

Once upon a time, maybe a decade ago, every new cutting-edge Vancouver restaurant boasted a brightly pigmented painting by local bartender Charles Forsberg on its walls. Then came Craig Stanghetta, the talented actor-turned-restaurant-designer. His spare white rooms with kitchen-utensil sculptures were thoroughly captivating – until they became common. Now there is Ola Volo. Her folkloric black-and-white murals and drawings are popping up all over – The Heatley, Pidgin, Juniper and even Earls. Stop! Her fairytale-like tapestries are too beautiful to become clichés. 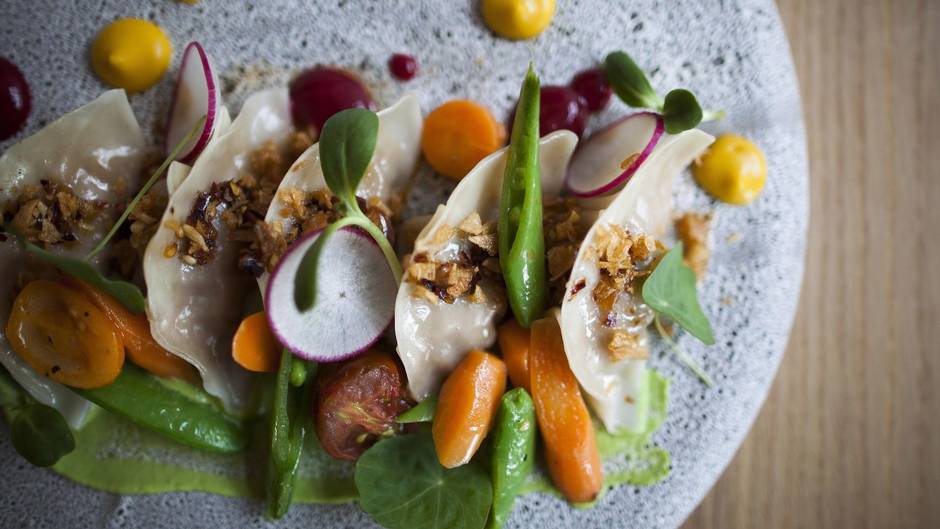 This is Not Tortellini is a dish prepared with pork, shiso, ginger, garlic, scallion and angry tiger sauce at Torafuku.

The annoying: no coat racks

Restaurants spend a lot of money on design. All that sleek cast-concrete and rustic pottery plateware is very deliberately chosen and curated. Is it too much to ask designers to consider a little function over form? Coat racks are necessary, not optional, in rainy Vancouver when the only seating available is a backless bench or stool. A clump of wet rain gear on the floor ruins the aesthetic. We’re talking to you, Torafuku, Pidgin and a whack of others.

Oak-barrelled ciders and wild-yeast-fermented natural wines are all the rage. Next on the agenda: funky cocktails. It’s a trend born out of necessity for bartenders who want to support local distilleries. Partly because of provincial regulations that demand distillers make their own neutral grain spirit (if they want the craft-designation tax break) and partly due to inexperience, many local vodkas and gins exude oddly creamy textures, grappa-like burns, soapy flavours and lavender aromas that don’t fit classic cocktail profiles. Bartenders have to be creative if they want to use them. Arthur Wynne at The Mackenzie Room is doing a bang-up job of making funky spirits taste fantastic. 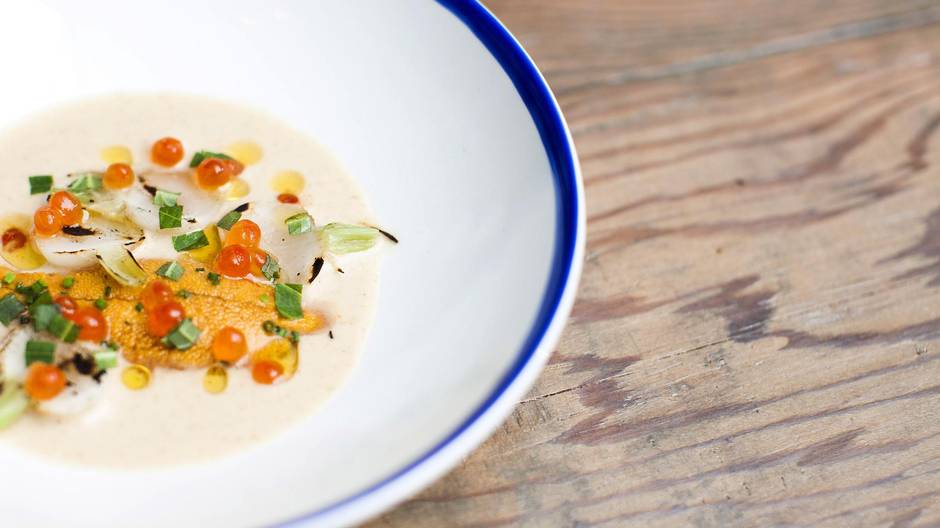 A food writer from Toronto recently told me the savoury trend was over. Like, totally 10 years ago. Not in Vancouver. At Royal Dinette, you can find wild-mushroom-stalk custard on the monthly Ugly Duckling. L’Abattoir serves foie-gras tarts (made with hardly any sugar). Good? Bad? Let’s say it’s a matter of personal preference. 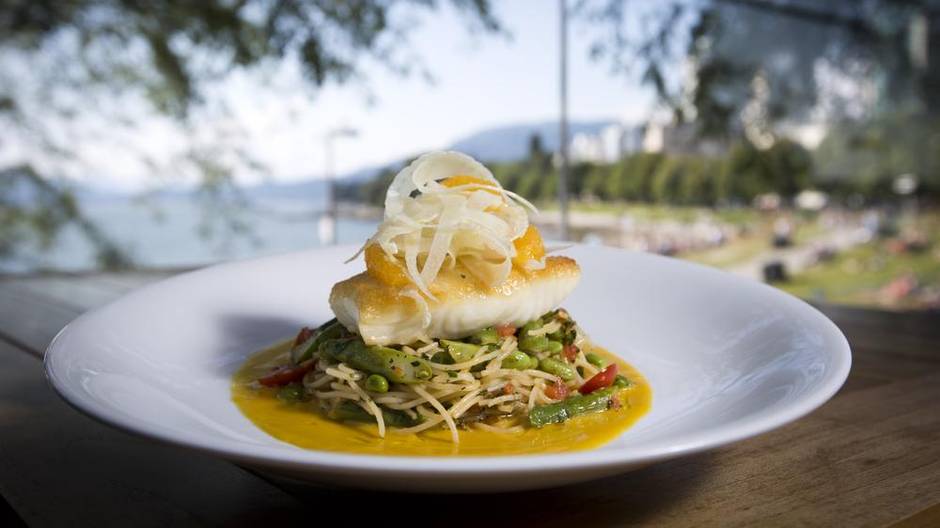 The return: Rob Feenie is back in the spotlight

After years of being pushed to the sidelines at Cactus Club Café, Iron Chef Rob Feenie is back in the spotlight. The Vancouver restaurant chain wisely drew on his star power to promote their new flagship in Toronto, where the chef’s photo is plastered across billboards and customers clamour for his autograph. Be prepared to watch our hugely successful West Coast chains use all sorts of new tactics as they expand across North America (Joey recently opened in L.A.) and reinvent casual-fine-dining (Earls will soon be unveiling a groundbreaking new concept in Calgary). 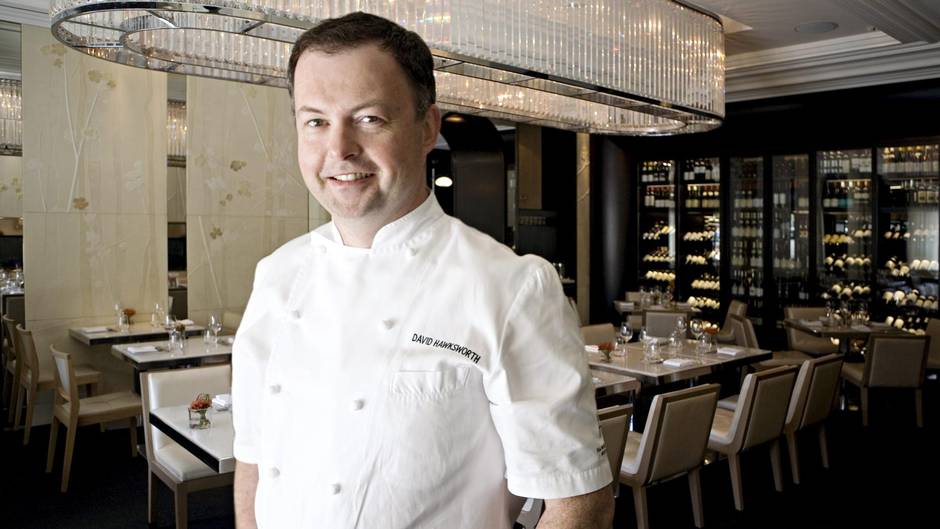 The suspense: Will this be David Hawksworth’s year?

Hot on the heels of his Air Canada take-off, David Hawksworth is opening a second large restaurant in Vancouver. Will he continue to rest on his laurels while building a branded empire (fair enough for a senior culinary statesman), or will he actually make an impact – beyond restaurant design – on local culinary trends (as he did so meaningfully at West). When was the last time you heard anyone say, “You must go to Hawksworth to try … ?”

Carol Lee, often cited as the “high-achieving, Harvard-educated daughter” of legendary businessman Robert Lee (Prospero Group founder and former UBC chancellor) is actually an influential force in her own right. Lately, the president and CEO of Linacare Cosmetherapy has been busy trying to keep Chinese culture alive in Chinatown. This year, she will open three restaurants in the rapidly gentrifying neighbourhood: Foo’s Ho Ho (Canada’s oldest operating Chinese restaurant is getting a makeover), Garden Villa Restaurant and a new Chinese teahouse and bakery on Pender Street. Now that’s meaningful.