Vancouver is backing off a plan aimed at discouraging homeowners from knocking down older houses by severely restricting the size of the new house they could build.

As well, a city-commissioned report from a private company indicated that owners would see their property values drop by 5 per cent to 10 per cent if that kind of penalty were to be put in place.

Now, Mr. Kelley is recommending the city work to preserve character houses in the city – defined as something built before 1940 and with certain important design features, such as period windows – by coming up with a plan to offer better incentives and to do that throughout the city, not just in a few areas.

That decision is being welcomed by many builders, realtors and residents, but is a blow to those who advocated for years that the city should be more aggressive about protecting its diminishing stock of older houses.

"I'm pretty disappointed," said Caroline Adderson, who fought to bring attention to the issue through her Facebook page Vancouver Vanishes.

"They can offer more incentives, but the people buying these houses don't care."

She said a lot of people supported the idea of reducing the house size, but that they were outgunned by a big push from realtors and builders to oppose the move.

City planners, who have been hearing complaints for several years from people on the west side about beautiful older houses being demolished, had proposed that four large areas of the city – three on the west side, one on the east side – be designated as special zones.

In those zones, people who retained their character houses would theoretically get significant incentives to do so, with permission to add space to the main house, create multiple suites and also build an infill house that would be larger than what the city currently allows for laneway houses.

On the other hand, people who insisted on tearing those houses down would have been restricted, when they built a new house, to something considerably smaller than what is allowed now.

Mr. Kelley said that his staff's effort will now also be focused on finding ways to add other housing forms in the city's single-family zones as a result of the feedback that planners heard during public open houses related to the character-house review.

"We heard from younger people anxious to buy or to rent and frankly not finding options right now," he said.

That echoes what Mayor Gregor Robertson said in a speech last week, where he talked extensively about how the city was going to look for ways to bring people back into city neighbourhoods that are losing population by allowing more duplexes, townhouses and other alternative forms of housing.

Builders who came to the meeting said they were relieved about Mr. Kelley's decision.

He said the restriction to smaller sizes for new houses would have also had an impact on owners' willingness to create and rent out secondary suites.

The city got 11,000 responses from people during its consultation – about three-quarters from homeowners and a quarter from renters.

Both groups identified the city's affordability problems as the top issue, but renters were much more concerned about the continuing rise of property prices and the limited range of housing options as the biggest choice.

Homeowners tended to rank concerns about demolitions and the bad fit of new houses in older neighbourhoods as their top issues after affordability.

Over all, about two-thirds of people favoured the city's effort to retain older houses, although that dropped to 55 per cent in southwest neighbourhoods such as Kerrisdale and was at its highest – 75 per cent – in the city's northeast corner. 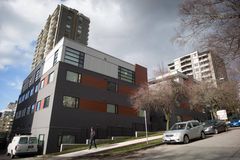 Toronto developers accused of carrying out ‘stealth’ demolitions amid heritage-designation backlog
January 24, 2017
Follow Frances Bula on Twitter @fabulavancouver
Report an error Editorial code of conduct
Due to technical reasons, we have temporarily removed commenting from our articles. We hope to have this fixed soon. Thank you for your patience. If you are looking to give feedback on our new site, please send it along to feedback@globeandmail.com. If you want to write a letter to the editor, please forward to letters@globeandmail.com.
Comments