Jordan Maynard, like many young farmers in the Lower Mainland, is hungry for more land to grow crops and raise livestock.

But he can't convince any of the property owners in Vancouver's tiny agricultural zone of Southlands to lease him anything. They prefer privacy around their increasingly opulent mansions.

"There's so many farmers who want to get into this kind of land. It would be nice if [the owners] had an incentive," said Mr. Maynard, the manager at Southlands Heritage Farm, which sells produce that he grows on the 1.2 hectares he has now.

That kind of standoff throughout the region has Metro Vancouver exploring ways to change the tax system so that people who own agricultural land will be encouraged to use it for farming. The region is also looking at ways to take away the benefits from people who make it look like they are farming when they really aren't.

All of that matters because Metro Vancouver has more farmland within its boundaries than any other North American city and because the region's 2,600 farms produce the highest revenues in the province. It's estimated that a hectare of land can produce at least $36,000 worth of vegetables in a year.

But only half of the land designated as agricultural in the region is used for farming now, says Metro's regional planning manager, Heather McNell. The region has seen a trend of people buying agricultural land and doing nothing more than building large mansions on it.

Added to that, she said, there are numerous anecdotal reports about landowners who are running farming operations that are barely that, which earns them thousands of dollars in tax benefits when their properties are classified as farms.

Those farms, which some have dubbed "lifestyle" farms, typically earn less than $3,700, even less than hobby farms, which make enough money to provide owners with a second stream of income on top of their regular jobs.

Currently, an owner only has to prove $2,500 worth of farm income to be taxed as a farm.

In Lower Mainland municipalities, that can mean paying taxes that are anywhere from one-quarter to one-twentieth of the taxes for land classified as residential.

In Burnaby, for instance, a four-hectare piece of agricultural land with $150,000 worth of buildings pays $973 in taxes if it is classed as a farm, but $17,566 if it classed as regular residential.

A consultant's report going to the region's planning and agriculture committee Friday recommends raising the minimum income level to $3,700.

The report by Upland Consulting also suggests that there be two classes of farms: hobby farms and serious commercial farms.

The larger farms with higher revenues could get a bigger tax break than the hobby farms, the report suggests. Quebec does something similar, with a rebate of between 50 per cent and 77 per cent off the residential rate for farms, depending on how much revenue they generate a year.

The Upland report is going to be combined with three upcoming research reports on tax policy to help Metro figure out what it thinks the best new system might be. Metro's suggestions would be sent to the province to be put in place.

Surrey Councillor Mike Starchuk, who heads that city's agriculture committee, said he hopes that, whatever the final recommendations are, "anything that piques the interest of the public in [farm] property, it's good."

He worries that raising the income threshold to $3,700 could discourage some smaller hobby farmers, who are still providing a benefit by growing some of their own food, he said.

On the other hand, he is open to hearing more about anything the region can do to encourage someone with agricultural land to allow it to be farmed. 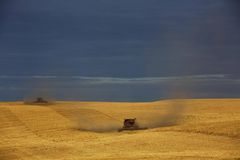 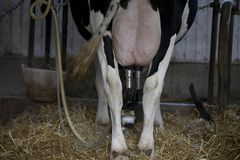 North American crops among those most affected by climate change
January 6, 2016 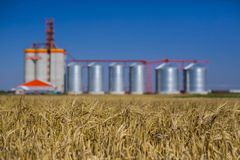