Every party needs a planner. When it comes to the 37th Vancouver Folk Music Festival, which begins on Friday at Jericho Beach, artistic director Linda Tanaka has a key role on the planning front.

Ms. Tanaka's Vancouver responsibilities include programming the festival and recruiting performers. Fans happy that Joan Baez will be among 60 acts at this year's festival can thank Ms. Tanaka, who has been on the job for seven years. She founded The Salmon Arm Roots and Blues Festival about 20 years ago.

Ms. Tanaka talked to The Globe and Mail about landing Ms. Baez, why Van Morrison is past his best-before date as a festival act, and the farthest she has travelled to seek potential acts.

Joan Baez? How did that come about?

I've been trying to bring her for quite a few years to the festival – probably three or four years. What happened this year? I think she plays in South America quite a bit. This year, she was just open to being in North America, I guess.

What does she bring to a folk festival?

It's about her history. It's hope and inspiration and a new generation of audience learning about her music. Some grew up with her music. I feel like her music is really what the festival is about. The people's music. It's a little bit political. What she stands for is really important to the festival. She's doing a tribute to Pete Seeger on the weekend, so that's going to be really nice.

Where do you go to find the artists?

I go to my computer, watching Youtube videos. I check other festival sites – who they have. Then I check [acts] out on Youtube. I use that more and more actually. You can get a really good sense of what that artist is about in live video footage on the Internet. I do go to conferences and showcases.

What's the farthest you've been to look for artists and possible acts for the festival?

I went to a festival in New Delhi. That's probably the farthest I've gone – and to Columbia. I went to Greece a few years ago and travelled to Turkey and checked out some music there as well.

Did you find artists to make the travel worthwhile?

After my trip to India, I brought in a few Indian artists. It's the connections that you make there as well with agents or presenters that I work with and trust. It has proved really good for the festival.

What is different about this year's festival?

Every year, we try to keep it fresh. Some of [the performers] are returning artists. Some are new discoveries, young artists like Mary Lambert. Every year, it's just different. And not only because of the difference in artists, but even putting them together in workshops. I have Mary Lambert playing with First Nations artist Leonard Sumner and a group from Zimbabwe –Mokoomba. Sometimes, when we put those artists together, you never know what you're going to get. It's just magical. Sometimes, it really comes together and they really just gel. Some have gone on to record together. Those are the things that are really important to our audience.

What's your sense of the community of festival fans who gather every year?

Has planning begun for next year's festival?

Who is your ultimate get?

When will we see Bob Dylan at the festival?

I don't think you probably will. I don't have that kind of a budget. If I did, I probably would find fresher, newer artists. 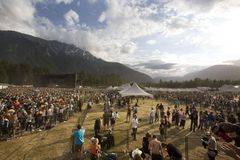 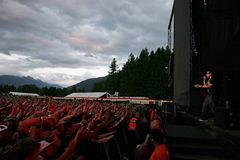 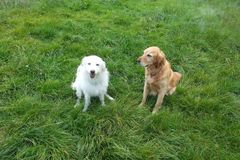