Homes left vacant or not used as primary residences in Metro Vancouver now account for 6.5 per cent of the region's housing stock, adding fuel to concerns that real estate speculators are hollowing out neighbourhoods and driving up prices, according to a new study based on the latest census data.

Last year, 66,719 empty or underutilized units were recorded in and around Vancouver, which represents the highest proportion in the past 35 years, said Andy Yan, director of Simon Fraser University's City Program.

Still, the rate is only a slight increase over the past decade.

John Ibbitson: Immigration is the only way to reverse Atlantic Canada's population decline

Numbers Mr. Yan previously crunched from the past six published censuses showed the percentage of these homes in and around Vancouver hovered around 3 or 4 per cent until 2006, when that jumped to just over 6 per cent and remained at that level until last year's census.

"I didn't expect it to go up [in 2016], I had actually thought it would remain stable or the same or even possibly go down," Mr. Yan said. "It really shows the challenges in trying to house the region."

His estimates of empty and underutilized units in Vancouver are more than double the 10,800 found by a city-commissioned study, which was published last year before council proposed its own vacancy tax.

That analysis examined BC Hydro electricity data for the city's 225,000 homes over a decade and found that by 2014, just under 5 per cent were empty for a year or more.

Mr. Yan said the increasing popularity of short-term rental platforms like Airbnb likely played a role in the increase of 8,500 more empty or underused units in the region over the past five years.

"These would take units off the rental market – that's the difference between 2011 and 2016," he said. "[That's when] short-term rentals became really in vogue in terms of residential real estate holdings."

The City of Vancouver has said in previous reports that about 1,000 out of Airbnb's roughly 5,000 listings appeared to be for apartments rented out year-round.

Councillor Geoff Meggs, governing Vision Vancouver party's pointperson on housing, said the city's plan to crack down on short term rentals, by restricting them to someone's primary residence, is undergoing its final public consultation. And by next year, the city's new tax on empty homes will bring new data that hopefully shows fewer empty or underused homes, he said.

If 2,000 of these units were rented to long-term tenants it would really improve Vancouver's near-zero rental vacancy rate, he added.

In the census data released Wednesday, the City of Vancouver again had the highest percentage of these empty or underutilized units in the region at 8.2 per cent, trailed by Surrey at 6.2 per cent and Burnaby at 5.9 per cent, according to Mr. Yan.

Edmonton's workforce flying in and out of the oil sands likely contributes to its high rate, while federal employees living only part of the time in and around Ottawa likely plays a major role in its underused housing units, Mr. Yan said.

But, he said Vancouver's labour force does not explain its high rate of empty or underutilized homes.

"Is this reflecting the economic vitality for these places?"

Meanwhile, the new census data shows the population of Metro Vancouver outpaced the national growth rate over the last five years, increasing 6.5 per cent compared to Canada's average of 5.0 per cent. 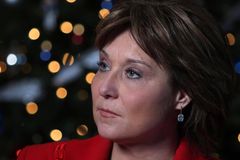 Vancouver set to lose more gas stations amid boom in real estate
January 26, 2017
Follow Mike Hager on Twitter @MikePHager
Report an error Editorial code of conduct
Due to technical reasons, we have temporarily removed commenting from our articles. We hope to have this fixed soon. Thank you for your patience. If you are looking to give feedback on our new site, please send it along to feedback@globeandmail.com. If you want to write a letter to the editor, please forward to letters@globeandmail.com.
Comments