Five neighbourhoods outside Vancouver's Downtown Eastside will become priority destinations for homeless shelters and permanent units in the next three years as part of the city's new housing plan.

City planners mentioned this new priority in only a couple of sentences near the end of the city's wide-ranging 35-page plan passed in July. They will decide which neighbourhoods will be selected in the fall based on new information about where homeless populations are clustering in the city.

With a civic election approaching in November and a wave of anti-development-of-any-kind sentiment on the rise in the city, the plan could kick off a fractious political debate about which five neighbourhoods should top the list.

But Councillor Kerry Jang said the move to identify priority neighbourhoods for homeless services is part of the city's revamped approach to getting communities to accept them.

"I have found that areas with large homeless populations often don't see that they have a problem, as the homeless are dispersed around the area or have stayed out of sight to avoid getting hassled," he said. "One of the tasks is to demonstrate a need to a community and develop with the community the kind of services that are appropriate [for that community]"

City planners will get data from the 2011 homeless count soon that will provide more detailed information on where homeless people tend to live in Vancouver, separate from where shelters or services might be currently located. As well, staff will ask homeless people where they came from or would prefer to live.

Mr. Jang said the aim of the plan is to ensure that homeless services set up in the first five neighbourhoods serve people only in that area.

"We're trying to be careful that we're not moving people out of the Downtown Eastside into someone else's neighbourhood," he said. "But if someone was raised in Kitsilano and wants to go back there, we want to give them that option."

That could mean a serious tussle with the province, which has a policy of assigning its social housing through a central registry that does not assign priority based on location.

In later years of the plan, Mr. Jang said, every one of the city's 22 neighbourhoods will be studied to determine what their homeless population is like and what services are needed.

But in this first round, several neighbourhoods seem more likely to be candidates than others.

Temporary city shelters in Mount Pleasant, Kitsilano and the West End near Stanley Park the past two winters were filled.

Vancouver's west side has a number of people living in its parks and on its beaches. The province's new social-housing site at 16th Avenue and Dunbar Street might be insufficient to accommodate them, he said.

In the past, Marpole, at the south end of Granville Street, has had a high homeless population.

And stretches of Kingsway in East Vancouver attract a lot of panhandlers, who may also be homeless.

The city's housing plan provides few details on any of this, with only a couple of sentences in an appendix pointing the way to the new policy.

Planners, politicians and advocates have argued for years that the city should stop concentrating social housing in the Downtown Eastside.

The woman running against Vision Vancouver Mayor Gregor Robertson is concerned about the plan's new approach.

"If people hear that 'You're getting more homeless facilities because you've got more homeless people,' it adds a political difficulty," said Non-Partisan Association Councillor Suzanne Anton.

If people feel as though the policy is that homelessness services only go to neighbourhoods with a quantifiable problem, some could argue that their area should be exempted, she said. 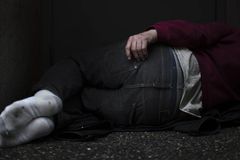 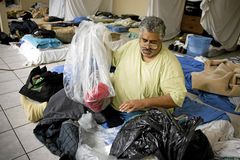 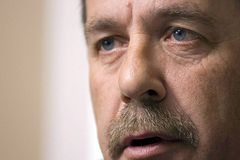