Vancouver indie filmmaker Kris Elgstrand makes unconventional, you might even say twisted, films. His last feature, Doppelganger Paul (which he wrote and co-directed), was about a lonely guy (Tygh Runyan) who decides a stranger (Brad Dryborough) is his doppelganger, despite the fact the two look nothing alike.

In his new film, Songs She Wrote About People She Knows, Mr. Elgstrand's shy, anxious heroine Carol (played by his wife, Arabella Bushnell) deals with conflicts in her life by singing about them. An uncomplimentary ditty about her boss Dave (played by Mr. Dryborough who is Mr. Elgstrand's long-time pal and collaborator) gets her fired, but also sets her off on an adventure. It changes Dave's life too; it turns out he's a frustrated rock star.

The film, which had its world premiere at TIFF, will screen at the Vancouver International Film Festival, which opens Thursday.

How did you come up with this concept?

It came, like so many ideas, from a million different places that kind of meet up. I had heard about a friend of mine, I decline to say who it was, who was involved in an organization where they had some conflict and they needed help expressing that conflict so they actually had a facilitator come in and make them sing their conflict. I heard about this a number of years ago and it just sounded ridiculous. So it just sort of lingered as this idea.

Are you in any sense like Dave? Are you a frustrated rock and roll star?

I find that I'm sort of between Carol and Dave in that even though I perform, I'm quite shy. That's one of the things about going to TIFF: There's all these director dinners and I'm like, am I going to go to this director dinner and how am I going to make conversation? So I went to some, forced myself to do it, and skipped a bunch of others. I'm a bit shy but do feel a need to sort of find ways to express myself. But then like Dave I can be very chatty. So I think I exist somewhere in the middle between the two.

Did you always know the film would star your wife?

Both those parts were written with Brad and Arabella in mind. Arabella and I met doing theatre in 1992 and we did theatre together for several years before we became a couple. So that's how our relationship formed. And I've been working with Brad since 2000. Arabella and Brad and I have a shorthand; I feel like I don't have to direct them all that much. The only problem, such as it was, was child care. When you're both on a film set and [our son] was five at the time. That was a challenge. He had his first sleepovers at a friend's house, because 12- to 14-hour days are not really that conducive to parenting.

My dad helped out a bit; he lives in Port Moody. Sadly, this doesn't necessarily tie into the movie, although it might explain why there's a dead mother lurking around [in the film]. My mum died; she got diagnosed with autoimmune hepatitis while I was in Toronto for the first feature we took there in 2005 which was called The Cabin Movie. I found out when I got back. [She died in 2007.] And then after Doppelganger Paul, our last movie, we went to stay at Arabella's parents in Courtenay and that was basically the exact time that her mom got diagnosed with cancer. [She died in 2011.] I think that might have something to do with why I wrote so much about dead mothers right now. I never used to do that. I feel like my mum probably would have liked this [film]. She didn't like everything [I did]. She would be like: Where does it come from? I was just a suburban kid, I grew up in Coquitlam, and all of a sudden I'm making these weird things. I think it's partly because I grew up in Coquitlam, as far as I'm concerned.

Where does it come from? Who are your influences?

I have a huge list. It's really tricky because he's not a popular person, but Woody Allen is a huge creative influence. Obviously I don't look at Woody Allen and say there's a way to live. But even in his bad movies there's always something really interesting. I also love Miranda July; she was an influence on this movie for sure, I'm a big fan of hers. She has the kind of career that I would really love to have which involves different types of writing, different types of performing and making movies all as one body of work.

Is it hard to be a Canadian filmmaker living in Vancouver trying to make a living?

Being an independent filmmaker, regardless of geography, I think is a challenge. We have a lot of benefits in Canada that the Americans don't have. They don't have a Telefilm, they don't have the same kind of tax credits. Mind you, I haven't really worked at a budget yet that would allow me to take advantage of the tax credits. Vancouver's a really good independent film community, really supportive. It's hard to make a living, but Vancouver's a real hotbed for indie work like Down River, Lawrence & Holloman, Leap 4 Your Life, the stuff we've done. And I know there's more – Black Fly and other films at the festival. So work is getting done here. I don't know if anybody is really living off it, but that's just the next thing for people to work on: figure out a sustainable way of doing it. 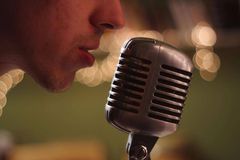 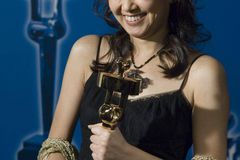 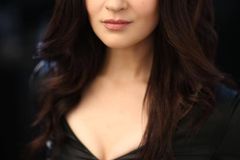 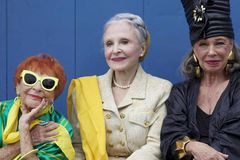