Faced with eviction from the safe harbour in Port Hardy that has been his home for five years, Keith Dorward is making some desperate plans.

On Monday, he walked across town and left his dog, Argo caninus piraticus, at an animal sanctuary, fearing he can't care for the pet any more. Now, as he gets swept up in a growing trend that is making it hard for people to live year round on boats on the British Columbia coast, he is preparing to leave the harbour under the only power he has left. His own.

"The transmission needs work and I haven't started the engine for years," said Mr. Dorward of the small salmon fishing boat, Shangri-La, on which he lives. "But I have a perfectly good set of oars. … It's going to take a long, long time to work my way down the coast pulling it with a skiff. But I don't see I have any other option."

On September 26, the District of Port Hardy Harbour Authority served a Notice to End Moorage on Mr. Dorward and several others who live on vessels in the small port on northern Vancouver Island.

The notice gave them 30 days to move, or "be escorted off the premises by the RCMP."

The development is part of a movement on the West Coast, where liveaboards are slowly being forced out of urban harbours, because of concerns about pollution, unruly dockside behaviour and unsightly boats.

David Pratt, the harbour manager in Port Hardy, declined to comment, referring all questions to Mayor Bev Parnham. But Ms. Parnham did not return calls.

Councillor Rick Marcotte didn't want to discuss the issue either, but indicated the notice was issued because of concerns at the dock.

"Well, we are trying to clean up our harbour, actually. That's basically it," he said. "It's just that there was a bunch of unemployed people with no income that are basically [living on] derelict barges … down there."

Mr. Dorward, 62, who has a medical disability pension, said his small boat dates to around the Second World War. He can't afford engine work, but has tried to keep it well maintained otherwise.

He began living aboard after high apartment rents pushed him first out of Vancouver, and then Victoria.

He pays $400 a month for moorage and uses the dockside washroom facilities.

"It's better than waiting for [apartment] rents to go up, or living in a slum," he said of his life on the boat.

Mr. Dorward said seven to nine others are living on boats at the dock, and he acknowledged there have been some social issues recently, including fights and one man has been shooting at seagulls and pigeons.

But he thinks the District of Port Hardy is unfairly sweeping out everyone with its broad eviction notice.

"Well frankly, I'm pretty near numb," Mr. Dorward said when asked how he feels about having to leave the harbour.

Kris Samuels, a director of the B.C. Nautical Residents Association, hadn't heard of the Port Hardy situation when contacted on Monday. But he wasn't surprised by it.

"It's something that's increasingly happening on the B.C. coast. It seems to be a trend," he said.

Mr. Samuels said the movement to ban liveaboards from harbours is driven by local authorities who are concerned about poorly kept vessels, sewage problems and unruly social behaviour on docks.

"There are some boaters who aren't responsible to the environment or to their neighbours. But that's the minority," he said.

Mr. Samuels said many people who live aboard their boats have jobs, take pride of ownership in their vessels, and are responsible members of the waterfront community.

He said liveaboards are a part of B.C.'s coastal legacy and they should have places to moor, as they do in Victoria, where three docks have space dedicated for just that usage.

Two sailors rescued after being caught in severe weather off B.C. coast
April 30, 2018 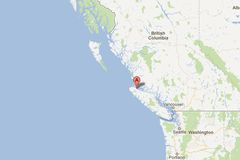 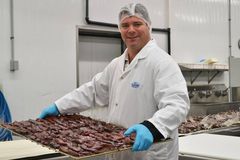 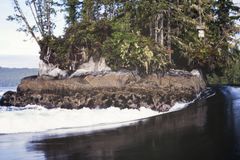