The Filipina nanny at the centre of a landmark human-trafficking case says she is pleased with the 18-month jail sentence handed down to her former employer, calling it an encouraging sign for other exploited workers.

"Now, I feel great, because I feel I have justice," Leticia Sarmiento said outside B.C. Supreme Court on Tuesday, moments after the sentence was announced. "I will take this opportunity to [say to] all workers … 'Don't be afraid. Come out so you can get justice.' "

Franco Yiu Kwan Orr was convicted in June of keeping Ms. Sarmiento in domestic servitude in B.C. for nearly two years. He was sentenced Tuesday to 18 months in jail for human trafficking and six months each for employing a foreign national illegally and misrepresenting facts that could induce an error, to be served concurrently. Mr. Orr's wife and co-accused, Oi Ling Nicole Huen, was acquitted of human trafficking and employing a foreign national illegally.

While there have been dozens of human-trafficking convictions under the Criminal Code of Canada, Mr. Orr is the first person to be convicted of human trafficking under the Immigration and Refugee Protection Act. The Crown had asked for a five- or six-year sentence; the defence sought a conditional sentence of two years less a day plus a fine.

Nicholas Preovolos, Mr. Orr's lawyer, said he is disappointed by the sentence and that his client will appeal the conviction.

In his reasons for the sentence, Justice Richard Goepel noted Mr. Orr was a productive member of society with no past criminal record. As well, the Crown had failed to prove beyond a reasonable doubt a number of aggravating factors – including that Ms. Sarmiento was allegedly made to work 16 hours a day, every day, in "humiliating and degrading" conditions – which puts the offence at the lower end of the continuum, he said.

As an example, Justice Goepel noted Ms. Sarmiento claimed the family kept her passport from her, but a Vancouver bank employee testified that she had presented it when trying to open an account. As well, she said she was permitted to phone home to the Philippines only once a month, while phone records showed about 100 calls to a cellphone number in the Philippines during the time she lived with the family.

"She came to Canada at the behest of the Orrs," Justice Goepel said. "She was misled as to her working conditions, salary and her opportunity to stay in Canada. When she came to know that she was in the country illegally, because she had no friends or relations in Canada, she was socially isolated with limited available options to resolve her situation."

Further, Mr. Orr obtained a temporary resident visa for Ms. Sarmiento knowing the family intended to remain in Canada permanently, the judge said. When an application to extend that visa was denied, and Ms. Sarmiento was told to leave Canada immediately, Mr. Orr continued to employ her, Justice Goepel found.

Ms. Sarmiento worked for the family in Hong Kong for about one year without problems, taking care of three young children. The couple then tricked her into coming to B.C. in September, 2008, promising she would be paid in accordance with Canadian law and become a permanent resident after two years, she said.

Instead, Ms. Sarmiento claimed she was forced to work 16 hours a day taking care of the children and doing all the housework. For this, she was initially paid $500 a month – under the terms of her Hong Kong contract – and later $700 a month. The family kept her passport, only permitted her one phone call a month and would not let her attend church, she said.

Meanwhile, Mr. Orr has maintained his innocence, insisting Ms. Sarmiento was treated like family and relations only soured when her temporary visa expired and she refused to go home.

Outside the court on Tuesday, Ms. Sarmiento sobbed as she spoke of how difficult the ordeal has been for her. She has not seen her family in the Philippines, including her three children, in seven years, she said.

She is now working as a live-out caregiver, taking care of two children, and has applied to become a permanent resident. It is her hope that she will one day be able to bring her family over.

A bail hearing will likely take place within the next week. 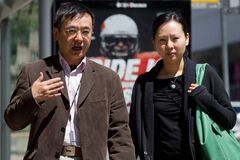 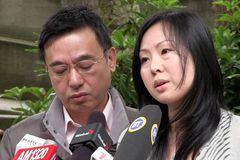 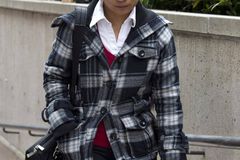 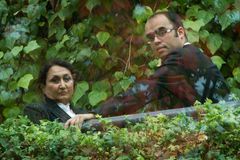